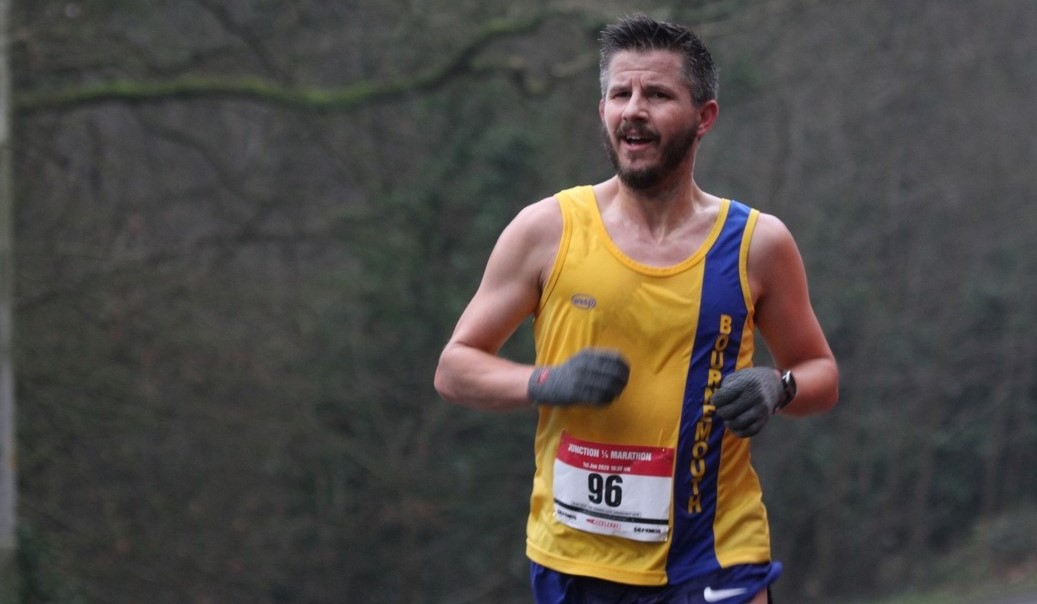 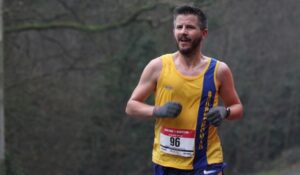 Marking the occasion where running races returned to the agenda, the Dorney Lake Marathon took place over the Easter weekend, giving Ant Clark the chance to get out and compete

The arrival of Easter was, this year, notorious for more than just it’s religious significance and another chance to devour copious quantities of chocolate eggs.

This Easter presented perhaps an even greater reason to celebrate, with the easing of lockdown restrictions coming into fruition and those first, all important steps on the roadmap towards freedom being taken.

That doesn’t of course mean that life has suddenly returned to anything vaguely resembling normality as we knew it pre-March 2020. But it did rekindle an opportunity for small groups to get together and for family members to meet up with loved ones for the first time since the holiday season.

Crucially, the easing of the lockdown restrictions also marked a return to the calendar for organised amateur sports events – and for the running fraternity – perhaps the greatest reason of all to celebrate this Easter… The resurrection of racing!

Not virtual racing either. Not solo time trials where the only opponent in sight is the clock, along with those extra few inches of lockdown lard that has unwittingly manifested itself due to the absence of club training and meaningful targets.

This was the return of real racing, in the company of real people. Competition as it should be. Vying for position against other like-minded individuals. The buzz of adrenaline as you look across the start line at your impending rivals.

And what better setting to announce that return to race action than Dorney Lake. The very same venue that salvaged marathon hopes for many last October after the quashing of any prospect of a London Marathon for the masses in its usual form.

Active Training World have been leading the way when it comes to organising Covid-secure races throughout the pandemic and once again, they presided over the showdown of the Easter edition of the Dorney Marathon.

The field for this hotly anticipated encounter featured several high profile Dorset-based athletes who had jumped at the chance to dust off their racing shoes and get back into the thick of the action.

Amongst them was Bournemouth AC man Ant Clark, who took to the start line with several of his Twemlow Track Club buddies including Brian Underwood, Jack Galloway and Harry Lauste.

Ant wasn’t planning to do a Spring marathon and only got the entry around three weeks prior to the race on a number transfer. That left him with only a few weeks of more structured training before the event.

Managing to maintain his focus well over the long lockdown months though, Ant had been hitting top position on the mileage stats for the BAC Strava group on a regular basis since the turn of the year.

Thus it was clear he would be in good shape should any races actually make it past the red tape. He’d also done two 26.2 miles runs – one in January and one in February – so he knew he’d be okay.

Ant’s plan on the day was to target to London Marathon championship qualifying time for 2022 which was sub 2:40. He knew Brian and Jack were going for sub 2:35 so they ran together and after the first 5k, Ant was happy that he could hold that pace.

From then on he just kept it going as evenly as possible without attempting any heroics. It turned out to be a fine display of endurance excellence from Ant.

With an average pace of 5:48 minutes per mile, Ant cruised to a tremendous 2:33:25 finishing time. That was enough to see him end the day as the fastest M40 in the entire field, which was quite an accolade given the high standard of competition he was up against.

It also saw him take an impressive 9th place in the overall standings out of the 465 runners who took part. It was certainly a memorable return to race action for Ant and another notable achievement to add to his vast array of past glories. 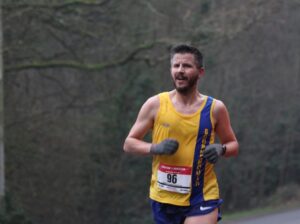 In fact, Ant had come in just ahead of his Twemlow Track Club compatriot Brian Underwood who nailed down a terrific new marathon PB of 2:33:36.

The quickest Dorset-based runner of the pack though was Harry Lauste who finished 5th overall, securing a formidable time of 2:28:58.

Steve Cook capped off a marvelous day for the TTC affiliated runners by sealing the position of top M50 in the rankings with his time of 2:43:34. That was an 8-minute PB for him and put him 45th in the overall standings.

Matt Papa of Egdon Heath Harriers took 19th place with a superb time of 2:37:13 and Wimborne AC’s Damian Huntingford also secured a cracking new marathon PB with his time of 2:47:24, putting him in 63rd place.

Another Dorset runner to register a fabulous new PB was Bruce Campbell of Egdon Heath Harriers, who clocked in at 2:50:09 to take 78th place overall.

Competing a clean sweep for Dorset-based runners in the age category standings, Graham Moyse of Poole Runnners took the top M60 place, finishing in a time of 3:16:39.

For Ant, although his time was quicker than he’d originally planned, it felt comfortable so that’s a great place to build from going forward. He’ll no doubt be looking to find some more races now to capitalise on that over the coming months.

There is no feeling quite like that of being out there racing with others though, as Ant will certainly testify. He’s had some magical moments throughout his running days for both club and country.

The hope is that with the Dorney Lake Marathon having gone ahead successfully, many more races will be able to follow suit in the coming weeks and months. Then, in the not too distant future, the running scene could potentially resemble something similar to what it was before the invasion of Covid-19.