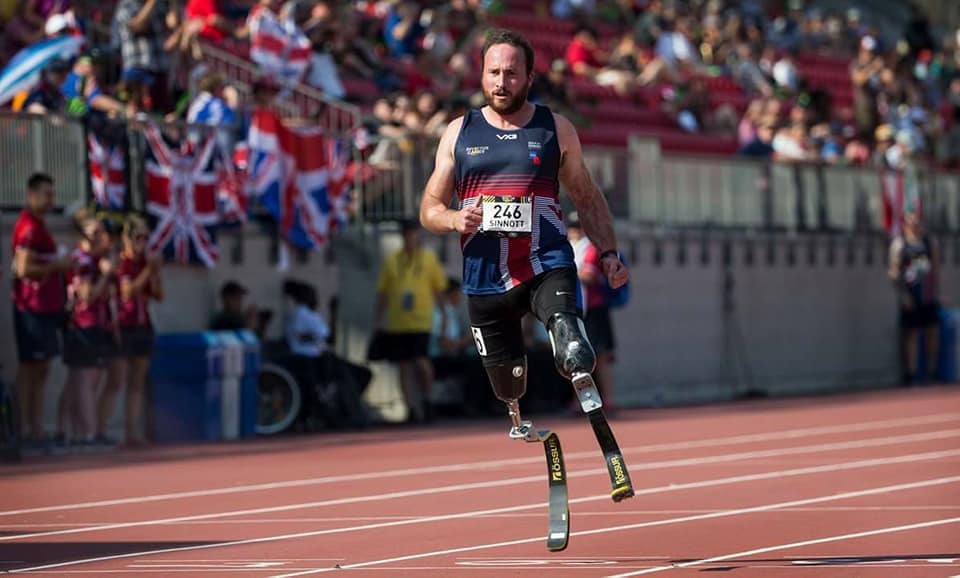 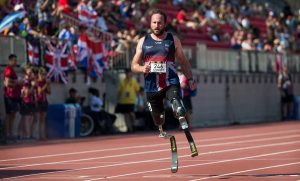 The Invictus Games 2017 took place in Toronto, Canada, between 23rd and 30th September and featured two Bournemouth AC members representing Great Britain. Luke Sinnott took part in the IT2 100m, 200m and 400m and Mark Bowra was in the IF2 Discus and Shotput finals.

The Invictus Games was the brainchild of Prince Harry, set up for members or former members of the armed forces from countries all around the world who have been disabled, either physically or mentally. The Games in Toronto was the third edition of the Invictus Games, following London in 2014 and Florida in 2016.

Luke lost both his legs whilst serving in the Army in Afghanistan in 2010 after becoming the victim of an Improvised Explosive Device. Luke demonstrated the extraordinary character to, not only come back from that, but also to forge a very successful athletics career.

Luke joined Bournemouth AC two years ago and was an inspirational special guest at the BAC presentation evening 2015. He mainly specialises in the Long Jump T42, competing for Great Britain in the World Champions in July. In fact, he finished 4th in the event with a PB jump of 6.15m and was only 10cm shy of a medal.

This put him into the finals of both events, where he took the silver medal in the 100m with a time of 14.32. An hour later he was competing in the 200m final, where he went one better, taking the gold medal in an incredible time of 27.99.

Then in the afternoon of that very same day, Luke lined of the 400m final as well. Incredibly, he managed to add to his medal haul, taking a second gold medal, with a time of 1.03.94. 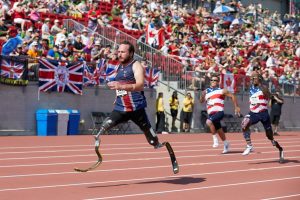 Luke Sinnott races to the line to claim one of two gold medals he won, along with one silver

Needless to say, it was a tremendously successful Games for Luke. He had been determined to win a medal after pledging to bring one back for the family of Corporal David Barnsdale. Corporal Barnsdale was a friend and colleague of Luke’s who was also in the bomb squad. He was killed in Helmand Province in 2010 when a bomb exploded.

This gave Luke an added motivation to succeed and he did not just want to bring any medal back to Corporal Barnsdale’s family. He wanted it to be gold – and indeed it was.

Also travelling to Toronto in search of Invictus Games glory, Mark Bowra was another BAC member who is often seen perfecting his craft at Kings Park. 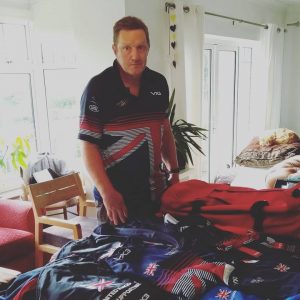 Mark was a Lieutenant Colonel in the Royal Marines. He has always been very sporty and was a member of BaySUP (The Standup Paddleboard club) based in Bournemouth. His life changed dramatically in 2014 when he suffered a severe stroke, which affected his physical ability and speech.

Mark wasn’t going to let the disability get the better of him though and was determined to get back into sports. He’s since excelled in throwing events and was proud to represent Great Britain in both the IF2 Discus and the IF2 Shotput at the Invictus Games. 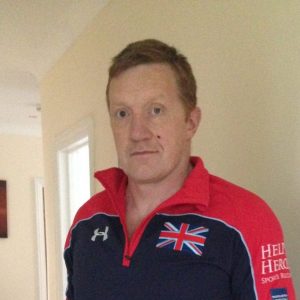 With a distance of 15.02m, Mark took 5th place in the Discus and with a best throw of 5.97m he finished 6th in the Shotput. This marked a very successful couple of days of athletics for BAC athletes and for Great Britain.

Luke and Mark are not only war heroes, they are also sporting heroes. Their achievements at the Invictus Games are truly inspirational and demonstrate that with hard work and dedication, and with the right attitude, any obstacle can be overcome.