BAC winners in the Fells, the New Forest and on the Coast, plus BAC’s Autumn Open 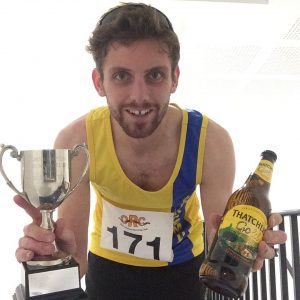 Congratulations to Peter Thompson on his win in the New Forest Marathon on 11 September in a time of 2 hr 39 min 32 sec – an excellent performance over a mostly off-road, but, of course, very scenic course. Peter was the first of 591 athletes to finish the marathon. This event now incorporates races over a variety of distances, and BAC were represented by a further three athletes in the Half Marathon.  Emma Dews was the 2nd lady, and first lady veteran, 12th overall of a field of 1566 in a time of 1.22.47, followed by Chris O’Brien, 30th in 1.25.52 and Stephen Bunce, 135th in 1.35.53.  Chris had a plan of running to his target marathon place, so a sub 3 hour marathon looks imminent, particularly as two days earlier Chris had covered the half marathon distance as a training run. Stephen‘s main sport is tennis, and he is a relatively new recruit to running, so hopefully is happy with his performance.  In the 10k, Simon Hearn ran an excellent race to finish 12th, of a total of 983, in 43.50.  Simon was the 2nd V40 to cross the line. 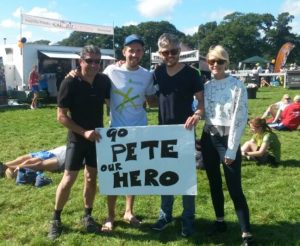 Earlier in the week, in the evening of Wednesday 7 September, Toby Chapman set out on the Sourton Tors Fell Race, described as a traditional out and back fell run ascending 300m to Sourton Tors in the West Country, this race a distance of 2.6 miles.  Toby, who is as familiar with the marathon distance (and more!) as anyone, won this race and fully deserved the winner’s bottle of ale!

One event (the details say “this is NOT a race”!) which seems to have gone under the radar is the Dorset Doddle, which takes place over a 32 mile course along the Dorset coast from Weymouth to Swanage, this year on 21 August.  Well done to Nick Kenchington, who won the ‘race’ in 4 hours 59 minutes (was there just enough left at the end for a sprint to finish in under 5 hours?!), and to Pat Robbins, 3rd in 5 hours 42 minutes.  In all, about 200 completed the course.

Congratulations and thanks to Hazel Bates and her team on a highly successful Autumn Open Track & Field fixture which took place in the sunshine at Kings Park on Sunday 11 September.  Many thanks, also, to the officials and volunteers, from BAC and elsewhere, who helped to make the event such a success.  It is hoped to update this report shortly with more details of the athlete’s performances, but, in any case, the results will be published on this website shortly.