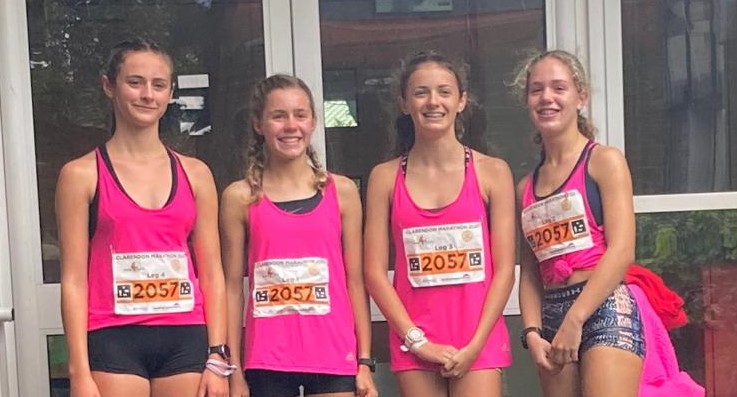 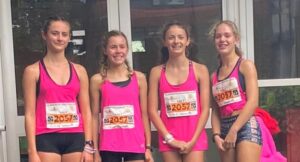 The route for the Clarendon Marathon is every bit as picturesque and varied as it is challenging and undulating. Heading along the Clarendon Way from Salisbury to Winchester, 90% of the course is off-road, featuring the very same country tracks and narrow paths that were once travelled upon by the ancient Kings and Queens of England. Admittedly though, they probably weren’t running it!

Although it’s an enjoyable and inclusive sort of race with a very friendly atmosphere, not everyone of course would be able to, or even want to run a full marathon distance.

Fortunately, for those who didn’t, there was still plenty on offer at the event. That included a half marathon race and a mini race consisting of the last five miles of the marathon route.

Another option available was to get a team of four together to run the marathon in the form of a relay. That was exactly what four budding, blossoming Bournemouth AC prospects did when they joined forces to create the BAC 2 BAC All Female team.

The BAC 2 BAC line up consisted of super sister act Neve and Lauren East, along with the effervescent Martha Preece and ever impressive Erin Wells. It was a young team, with Lauren the eldest if the four at 17, Neve at 15, Martha at 14 and Erin the youngest at 13.

Because the route was across the full marathon distance, each team member had to go to wherever the changeover point was for their leg to start and wait for their teammate on the leg before to arrive and hand over the baton.

Kicking things off for BAC 2 BAC it would be Erin Wells taking up the first leg. She would then handover to Martha Preece for the second leg. Then it was Neve East on the third leg and Lauren East on leg four.

With the storm passing over throughout the course of the weekend, there had already been a fair bit of rain, which made the certain sections of the route muddy underfoot. The rain seemed to get worse as the day went on as well which made it ever tougher for the runners on the later legs.

Coming off the back of a couple of good 5k race performances, Erin had every reason to be confident going into the Clarendon Marathon Relay. 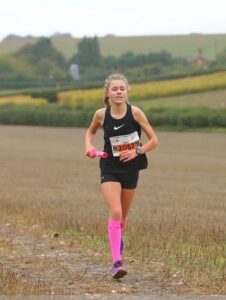 Completing the Running Grand Prix 5k at Goodwood in an impressive time of 18:47 and finishing as 1st female and 5th place overall in the New Forest Marathon 5k, she had already shown a lot of promise over recent weeks.

She got BAC 2 BAC off to a good start in the first leg of the relay, clocking a time of 51:05 and going at an average page of 4:58 minutes per kilometre. That put them in 9th place out of the 55 teams taking part and 1st out of the 9 All Female teams. 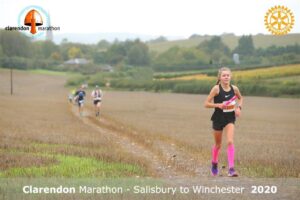 She then passed the baton onto Martha who was on duty for the second leg. Martha had previously proved that she was a dab hand at off-road running, competing in the Southern Cross Country Championships at the beginning of the year, as well representing Dorset in both the Nation Inter County and South West Inter County Championships. 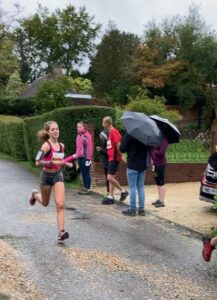 Following up on Erin’s run with a very similar standard display, Martha completed her leg in 50:54 which gave her an average pace of 4:57 minutes per kilometre.

She was also 9th quickest overall on the second leg and that moved the team up to 7th place in the standings. There had been some jostling of positions and they had dropped down to 2nd in All Female category. 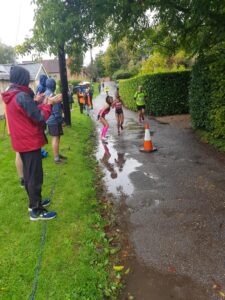 After moving the team up to 7th place, Martha hands over to Neve East for the all important third leg

Next it was the turn of Neve to assume posession of the baton. Neve was a standout performer in cross countries last season, taking the Under 15 Girls title with a clean sweep in the Wessex League, winning all four fixtures. 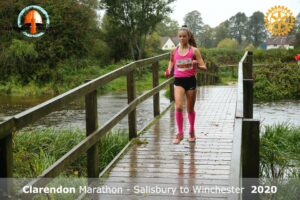 Neve‘s leg of the Clarendon Marathon Relay was the longest one and the toughest in terms of hills and terrain. The worsening conditions made it even more difficult for her but she gave it everything she had, completing her run in 1:03:38. That was an average pace of 5:08 minutes per kilometre.

The standard of competition was higher in that leg as well but Neve did well to go 18th fastest on that particular leg and she was 3rd quickest out of those in all female teams. That put BAC 2 BAC in 11th place overall and they remained 2nd out of the All Female teams. 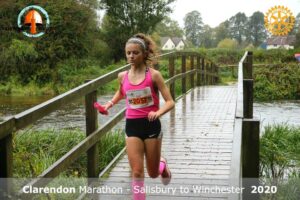 Neve was 18th quickest on her leg, preserving the team’s 2nd place in the All Female category

She then handed over to her sister Lauren who would bring it home for the team. Completing the final leg in a time of 48:48, Lauren managed an average pace of 5:19 minutes per kilometre.

Again, the competition on the last leg was stiffer but like Neve, Lauren was 18th quickest overall on that particular leg and 2nd quickest out of those in an All Female team. 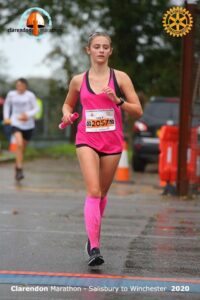 That gave BAC 2 BAC a final collective finishing time of 3 hours 34 minute and 23 seconds. Lauren had also managed to move them up a place in the overall rankings as well which gave them a final position of 10th. There were also confirmed as 2nd in the All Female category which was a fantastic achievement for the girls. 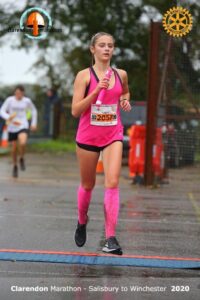 Gaining one place on her leg, Lauren elevated BAC 2 BAC to a top 10 finish and kept them as 2nd All Female team

Considering the treacherous conditions, the testing terrain and the undulating nature of the course, the Bournemouth AC girls had done themselves and their club proud.

Competing against athletes of all ages, they had demonstrated a maturity beyond their years and an exemplary attitude and will to succeed. No doubt there will be good things to come in the future from all four of the BAC 2 BAC girls. 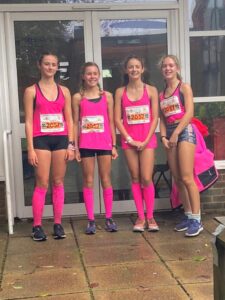