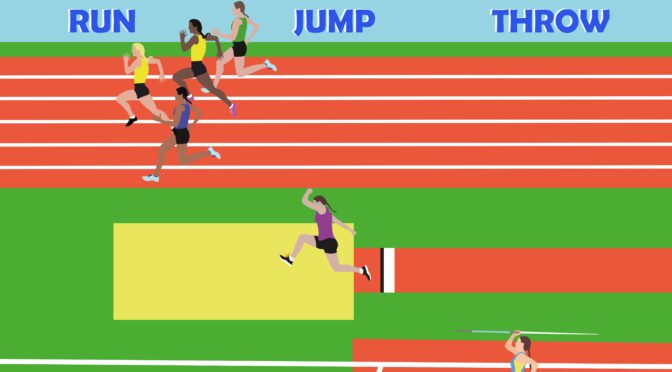 Finally today we had a meeting with the contractors and BCP onsite at KP. We had a tour around and I must say the facilities look truly superb.
Whilst the work is virtually complete, there remain a few snags (top soil and grass seeding mainly) that need to be resolved before final handover to BCP next Wed (7th).
There will be ‘cordoned off’ areas when you return to protect the new grass seed etc, so please can you keep your training groups and athletes off these areas until well established. The infield particularly will be out of bounds initially, and therefore the outside throws area* will only be ready and available for throws practice (until the 17th at the earliest).
Therefore BCP are happy for us to resume BAC training as of;
SATURDAY JULY 10TH
OPEN (TO BAC ONLY): TRACK/JUMPS/OUTSIDE THROWS AREA*/GYM/OFFICE
SATURDAY JULY 17TH First Competition Event YDL LAG
OPEN: INSIDE THROWS AREA/GRANDSTAND
SATURDAY JULY 24TH RELAUNCH EVENT
SUNDAY JULY 25TH REOPEN FACILITY TO THE GENERAL PUBLIC
The near 6 month wait has been frustrating for all our coaching groups as well as our athletes, but I hope you’ll agree with me that the wait will finally be worth it!
A brand new improved track facility for us all to be proud of for future generations to come.
See you all back there soon
Kind regards,
Tim Ward
BAC Coaching Representative
UKA Coach Sprints Jumps 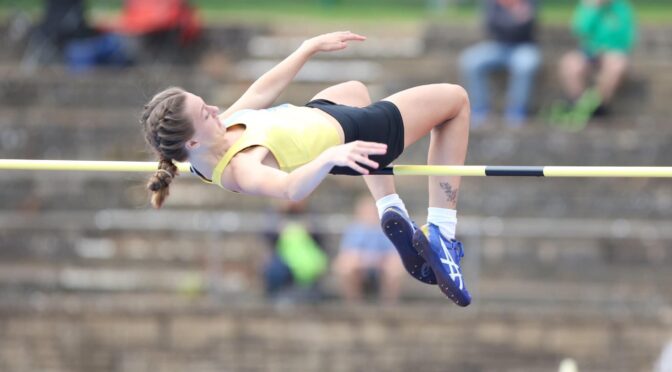 Yeovil Olympiads Athletics Club played host to their first athletics meeting of 2020 at the Bill Whistlecroft Arena on Saturday 29 August.

As the Yeovil Games 2020 cannot take place under the current restrictions, the club have scheduled two mini-opens with this Field Open Meeting being the first. The second is scheduled for Saturday 5 September which includes track events up to 800m.

The day started with an apprehensive drive with Jazmin’s support crew in tow (AKA Claire Cooke and Peter Lock). Although the journey was shrouded with nerves, this provided a good base for Jazmin’s adrenaline and passion for success. When they arrived at Yeovil track, it was a very calm atmosphere and the nerves soon settled.

This was the first HJ competition of the season and Jazmin was able to watch the men’s HJ first, a brilliant event before heading over to the waiting area for her own event.
The athletes were taken over in accordance with Covid guidance. The athletes were able to position their run ups and practise jumping prior to the start of the competition. Jazmin put the bar to 1.50m and felt good so she decided to start at 1.56m. She waited in anticipation for the other athletes to commence their jumps.

It was vital for Jazmin to keep her muscles warm as the wind and clouds had dulled the skies by that point. As she limbered up to take on her first jump, the sunshine made a welcome appearance and Jaz flew over the first jump at 1.56m!

Jaz waited patiently as the last few competitors made their final attempts at clearing the bar. The other athletes were unable to stay in the competition and Jaz was then the last girl standing. It was clear she was the winner at that stage.

The next height Jaz attempted was 1.61m and yet again she flew over, clearing it by a good margin. The bar was raised to 1.65m and Jaz convincingly cleared it on her first attempt. As mentioned earlier, Jaz meant business that day and she had a strong belief in herself. She was hungry for success and knew she was could beat last season’s PB of 1.67m. She went for 1.68m and absolutely nailed it in one jump! 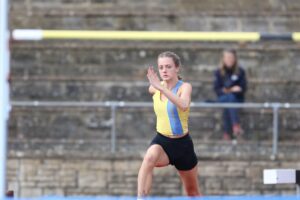 Not satisfied with that Jaz asked to raise the bar to 1.70m which was her ultimate goal! She attacked that 1.70m with such determination and drive – she cleared it!!!! 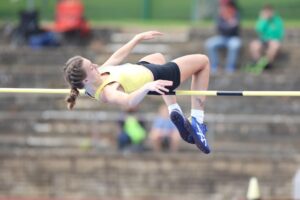 The crowd nearby were cheering passionately and it was no surprise to hear that mum, Claire Cooke was close to tears, what an achievement! To end the day on no less than a high, Jaz attempted 1.72m. However; the exhaustion and realisation had kicked in and she couldn’t quite get the energy she needed to clear it. Regardless, she is over the moon with her results and what an outstanding performance.

This will take place on Tuesday 8th September at 6pm (during the club training session) for BAC members with a focus on juniors.

Janet will confirm entry and send you payment details.

For more information about this competition please email Janet Dickinson on j.e.dickinson@ntlworld.com

Many thanks to all members who, following my March update have now completed a ‘Membership Renewal Extension’ online and (where appropriate) have paid their EA fee for the EA year from 1st April 2021.

I have now made two block payments to England Athletics in respect of all members who have paid their EA fee and their EA profiles have now been updated to show that their registrations are up to date. This means that they are now eligible to compete for BAC when competitions resume.

It is good to see that there are now plans for the resumption of competitions including some road races and various track and field leagues. The next stage of the Government’s Roadmap is for a further relaxation of restrictions on 17th May and if this goes to plan as is currently anticipated, then these competitions will proceed in accordance with whatever covid guidelines are in operation. There are still many members who have not yet completed a Membership Renewal Extension nor paid their EA fee. I would reiterate that the athlete registration fee of £15 does still have to be paid for athletes to retain their registration. In addition, most of the track and field leagues check that competing athletes’ registrations are up to date, therefore anyone wishing to represent BAC in competitions, will need to ensure their EA fee is paid.

I would just remind everyone that all ‘renewal extensions’ and membership renewals can be done online via the club website. Follow this link: https://www.bournemouthac.co.uk/membership-info/.

If anyone has any queries about their current membership and EA status, please email the club and I can clarify the position for them.