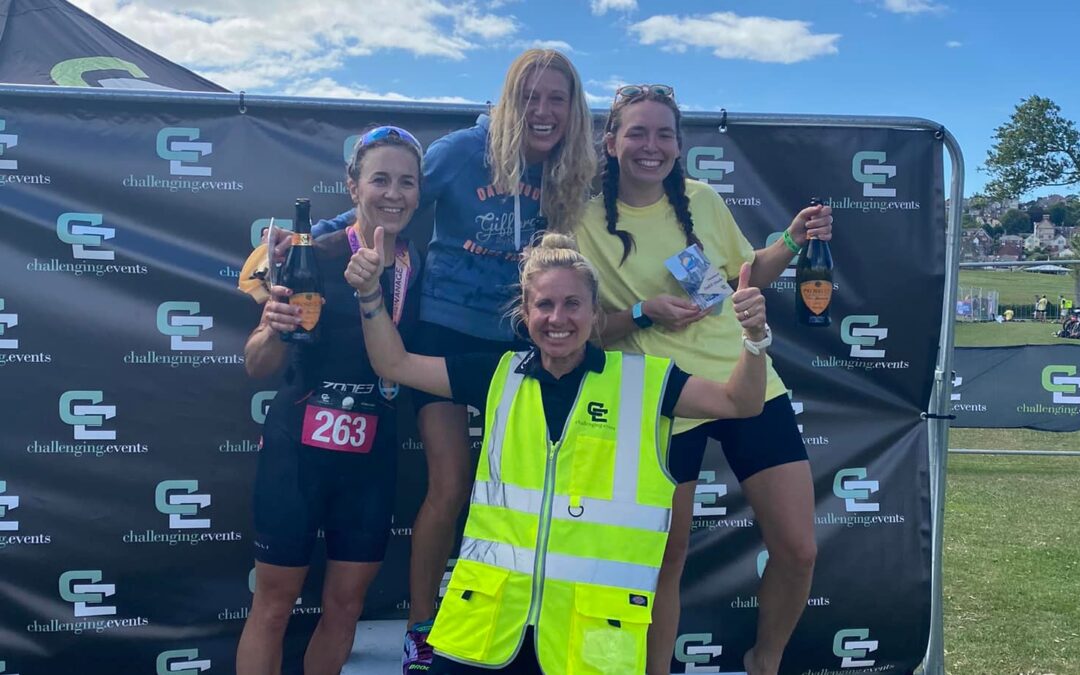 When it comes to duathlons or triathlons, there aren’t too many women around who can contend with Bournemouth AC star Emma Caplan. In fact, there aren’t even that many men who can either to be fair.

In her younger days, Emma has competed for Great Britain in numerous age group races in World and European Triathlon Championships and she could probably still even do it now if she wanted to. Since having kids though she’s had to stop travelling around to different locations and undertaking the huge commitments that it entails.

She hasn’t lost her love for the sport though and still enjoys competing in local events and always keeps herself in pretty good shape, working around the family commitments she has.

In terms of fitness and speed, and as an all round athlete, Emma is capable of a very high level of performance. She’s ferociously fast on the bike and of course, her credentials as a runner are clear every time she races for BAC. If she has one weak point in triathlon competition, it would probably be her swimming. The good thing about that is though, the swim is always first, so any ground she loses in that she can then make up on the bike and the run.

At the Swanage Triathlon Festival, Emma opted for the Standard Distance Triathlon, which consisted of a 1500m swim, a 38km cycle and a 10km run. It sounds a lot but Emma if currently training for the Weymouth 70.3 in September, which is a half ironman, so she was well equipped to be able to handle those sorts of distances.

It was an open water swim around Swanage Bay, which was then followed by a tough bike section with several testing inclines. The run then headed north out of Swanage town and up onto Ballard Down Ridge – an area of chalk downland on the Purbeck Hils.

The swim was quite pleasant as the water was calm for a change and not choppy. Completing that in 23 minutes 36 seconds, Emma was 2nd quickest female at the point, with Beth Fitzpatrick just three seconds ahead of her. After a very quick transition of 1 minute 14 seconds, Emma was on her bike and away. But Beth was one of only two people who managed an even faster transition than Emma.

Once on the bike though, Emma really came into her own and started eating up the ground. It wasn’t long before she flew past Beth and into the first female spot. And she didn’t look back from there.

Completing the bike section in 1 hour 12 minutes and 33 seconds, it was quickly onto the 10k run for Emma. She’d opened up an advantage of over 10 minutes on Beth during the course of the bike section which was pretty impressive.

The run was off-road and super hilly but Emma still managed to Get through it in 45 minutes 59 seconds. That made her the 7th fastest out of anyone and gained a further 4 minutes and 23 seconds over Beth who completed it in 50:22.

With a total time of 2 hours 25 minutes and 22 seconds, Emma finished in 9th position in the overall standings and of course, she was 1st female by quite some margin. 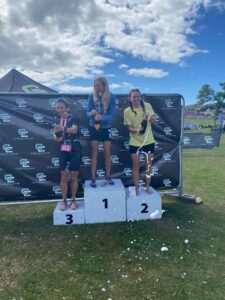 There were 99 competitors in total taking part in the Standard distance triathlon and the overall winner was Oliver Teenan who registered a time of 2:09:17. Andy George was 2nd in 2:13:43 and James Dean came 3rd in 2:15:05. 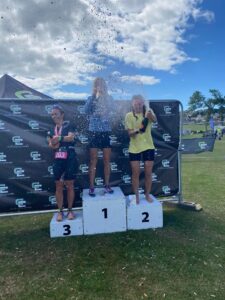 It was a magnificent victory for Emma and showed that even though she’d been struggling a lot with injuries over recent times, she could still pull a top performance out of the bag when she needed to. 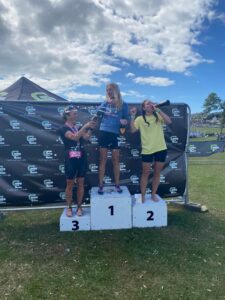 She proudly took her place in the top step of the podium afterwards and the top three women were each given a bottle of champagne each. The inevitable result was an F1 grand prix style celebration, with the drinks being sprayed everywhere. Emma did of course make sure she drank some of it as well. After all, she couldn’t see a nice bottle of fizz go to waste. 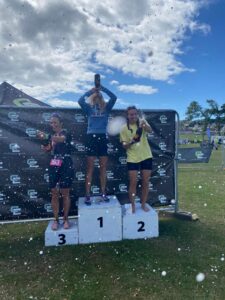 After seeing Emma felt she needed to reassure people that she’s not an alcoholic!