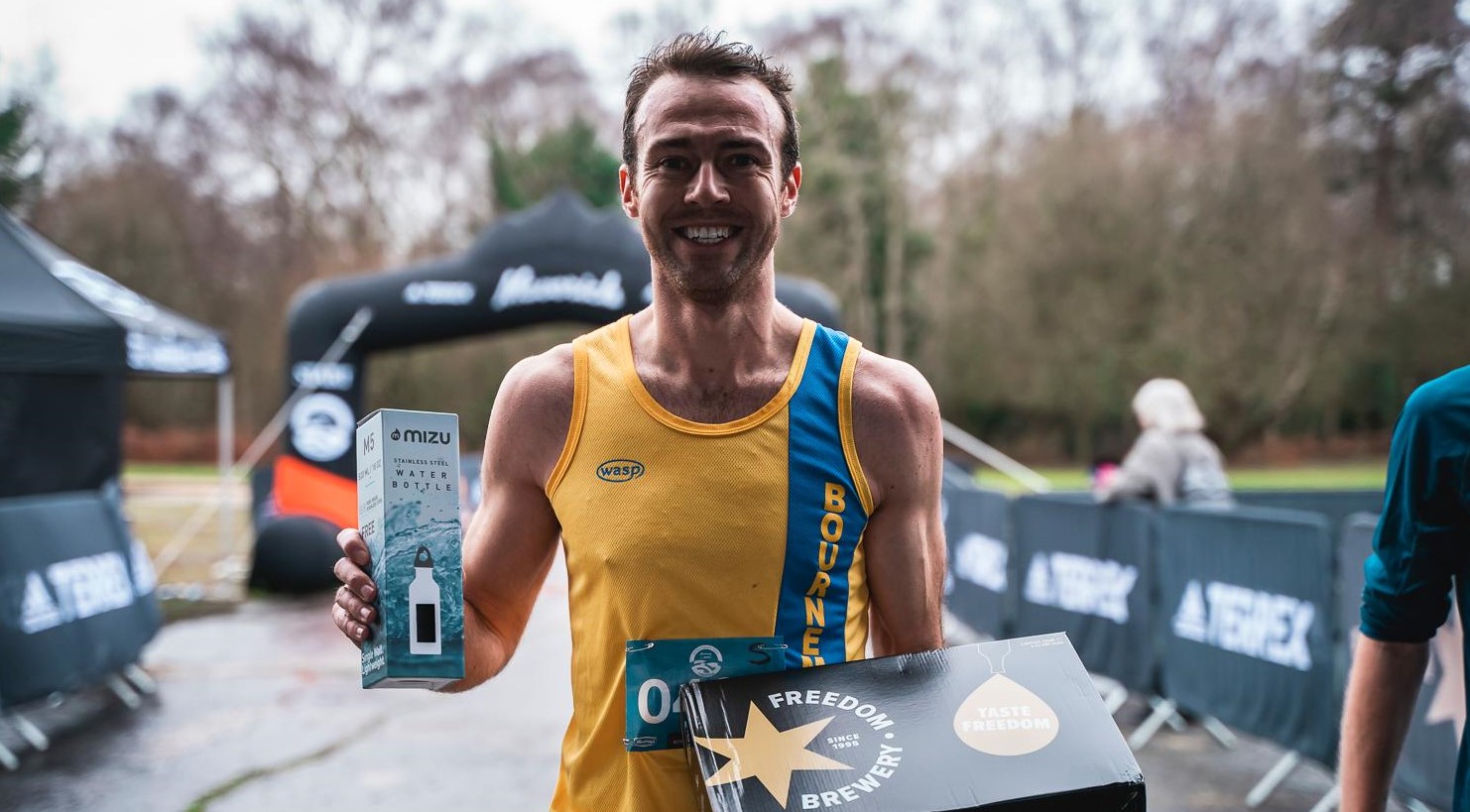 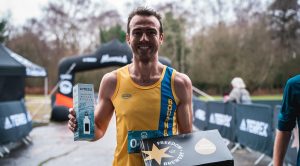 After picking up the victory in last year’s Maverick New Forest ‘Short‘ race, Chris Phelan-Heath was back again to defend his title in the 2020 edition.

He completed the 6km trail route in 23:47 last time round which saw him comfortably fend off the challenge of Sam Davis who was second in 25:21.

But could he repeat the same heroics in this year’s race? That was the burning question. The Maverick races are always named after and sponsored by a specific make of product, often a trail shoe of some sort. This year’s event was called the Maverick Adidas Terrex Original New Forest.

As usual there were three different routes to choose from. The ‘Short’ distance, which, as with the previous year, was 6km. The ‘Medium’ distance was 17km and the ‘Long’ race consisted of a 24km route.

There was only ever going to be one option for Chris though. He’s not keen on running long distance and specializes in the shorter, sharper stuff.

The route for all three races started off in the Holmsley inclosure, with the ‘Short’ route remaining within the boundaries of the inclosure for the duration. The ‘Medium’ and ‘Long’ routes head onto the Brownhill and Wilverly inclosures.

There were some short, steep slopes to contend with on the routes and the trails have a tendency to be quite wet and muddy at this time of year so it wasn’t going to be all smooth sailing for Chris and his rivals.

Sam Davis was back again and looked likely to provide the main threat for Chris in his title defence. There were other runners there who could also be capable of challenging on the day though so Chris knew he’d have to put in a performance if he wanted to repeat his 2019 success.

Chris was coming off the back of a very strong win in the Maverick USE Exposure Dark Series Dorset, where he finished comfortably ahead of his Bournemouth AC teammate Stu Glenister. The Maverick New Forest was destined to be a much tighter affair though. 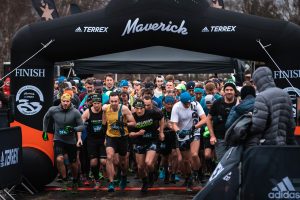 Due to all the recent rain, conditions in the Holmsley inclosure were extremely wet. That meant some sections of the course were super muddy and there were also some flooded patches to content with which made things interesting.

As it panned out, Chris and Sam were to run the entire race together, jostling for position at the front of the race. Sam has a lot of pedigree, with a 1:21 half marathon at the Bournemouth Marathon Festival to his name and a 2:58 time at the London Marathon last Spring. 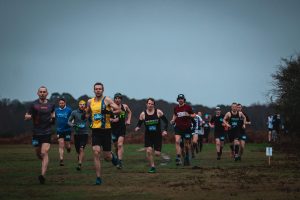 Chris makes his way across the plains of the Holmsley inclosure, leaving most the other runners trailing in his wake

It was a real grudge match between the two of them and the lead changed hands on numerous occasions throughout the race. Crucially, Chris managed to pull away from Sam very slightly in the final mile and that proved to be enough. 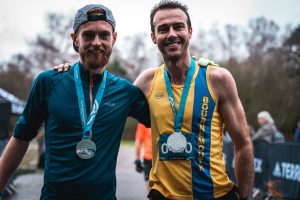 It was another superb victory for Chris and this time round it was certainly a hard fought win. Crossing the line in a time of 25:01, Chris had a winning margin of four seconds in the end over Sam, who took second in 25:05. Sam Pociecha wasn’t too far behind either, arriving at the finish in 25:10 to seal third place. 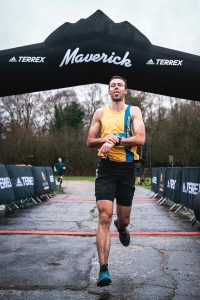 With an average pace of 6:14 for the run, it was a very strong performance from Chris, especially when you consider how tricky the conditions were that day. He will be hoping his victory will be a springboard to another very successful year for him in 2020. 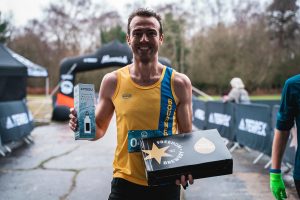