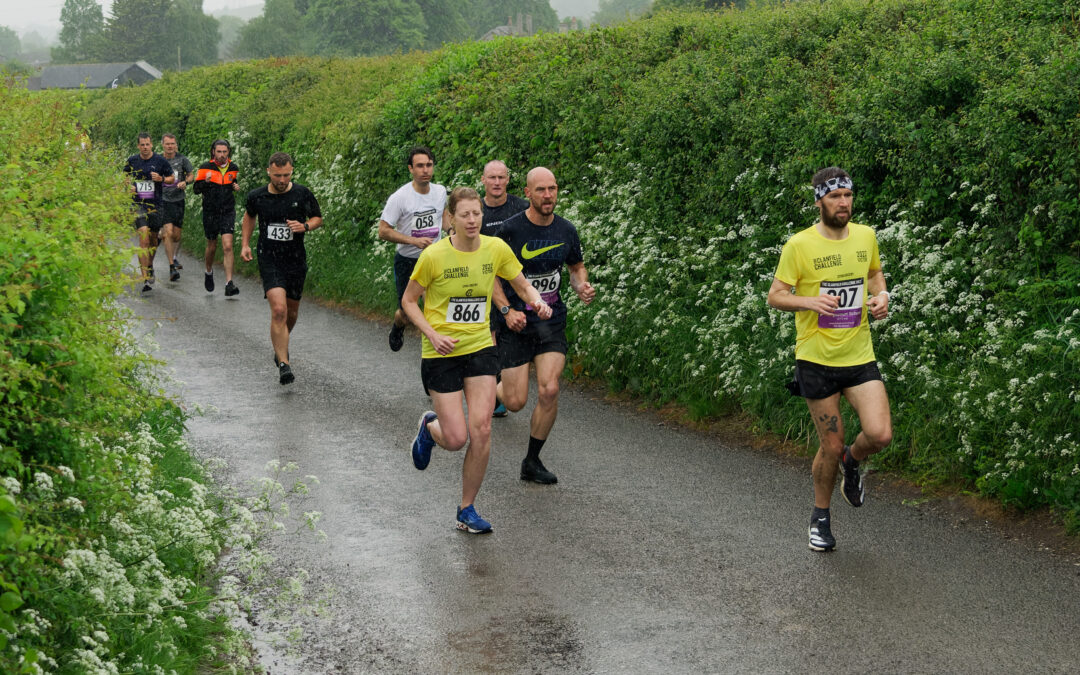 Just as Trev Elkins was getting prepped and ready for the Clanfield Challenge 12k, a race he was really looking forward to, all of a sudden, the heavens opened and the thunder storm began. From that point on, it turned into a very different proposition.

The course was on the South Downs Way, so it was mostly off-road, and quite hilly as well. In fact, there was 120 metres of elevation over the first three kilometres alone, so it was a very testing start to the race.

Once at the top of the big hill though, there is a nice stretch with a fair bit of downhill over the next 5k where the runners can gain some time back before a mildly undulating last few miles.

Having done the race a couple of times before though, Trev knew what to expect. Not that that makes it much easier though. He still had to negotiate the big climb. But he could perhaps measure his effort better knowing what was to come later in the race. It would help him judge how much he could afford to put in on the climb at least anyway. 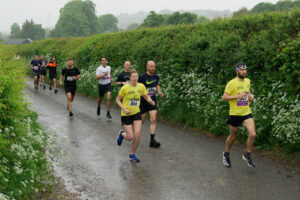 His tactic was to ease off on the hills and take it quite steady to save his legs for the descents and flat sections where he could then pick up some speed. Going through the first mile in 7 minutes, he still had another half a mile of climbing to do before reaching the top of the climb at 730ft. That led to a 6:53 split for his second mile before he then got going on the downhill. 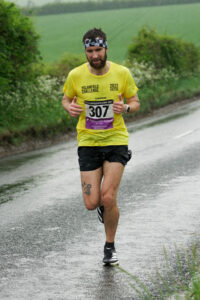 Another short climb interrupted the downhill on the third mile though which he went through in 6:15 before descending all the way on the fourth mile. That meant he could really go full throttle, hitting a 5:41 for his next split.

The last few miles had some undulations but compared to what he’d already done in the first three kilometres, they weren’t too tough. For the first half of the fifth mile he was still going downhill before reaching the bottom and going up a small incline, leading to a 6:06 split. 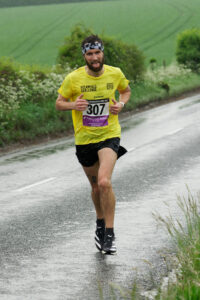 The sixth mile was probably the only one of the race that was fairly flat and Trev negotiated that at 6:20 pace before moving onto mile seven. The one contained some small inclines which put Trev back to 6:44 pace before motoring through the final kilometre at 5:51 pace.

That was enough to give Trev a second place finish, crossing the line in a time of 48:27. The leader of the race, Neil Williams, was well out of sight and managed to get round in a very impressive time of 44:32. 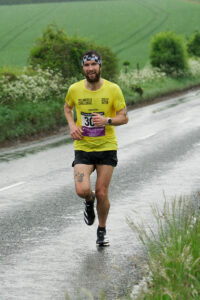 Trev was over two minutes ahead of the next man to arrive at the finish and that was Andrew Meredith of Victory AC. He clocked a time of 50:30 to get the line just before Sarah Bischoff, who was fourth overall and first female. She registered a time of 50:36.

The next woman to reach the finish line was Jo Stanford of Victory AC, who was placed 13th overall with her time of 56:25. There were 153 runners taking part in the race in total for the 12k race. 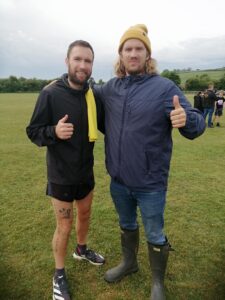 Trev’s run was actually three minutes quicker than his previous attempt, which was in 2019. And it was over a minute quicker than his best time on the course which he set in 2018. His average pace for the run was 6:23, which was pretty good considering he’d tackled over 600ft of elevation.

The rain had been relentless though and Trev had gotten absolutely drenched in the process, as had all the other runners on the day. It represented progress for Trev though and that was always a good thing to take away from it. 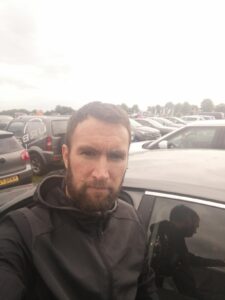 It was a successful day for Trev despite getting thoroughly drenched

He’d also finished first in the 40 to 49 category and took home an impressive haul of prizes including a wooden trophy, or mini placard for second place and £25 gift voucher for Alexandra Sports. That’s a sports shop in Christchurch. He even got some running socks as well.

It also meant he would have had to make some more space on the mantlepiece, just as he did two weeks earlier when he brought home his glass trophy from his previous race, the Bluebell Bash 10k.

He was victorious in that race despite going the wrong way at one point which added on additional time and distance as he then had to wait for the second placed runner to appear so he knew which route to take.