Emma back in the swing of things at New Forest Stinger 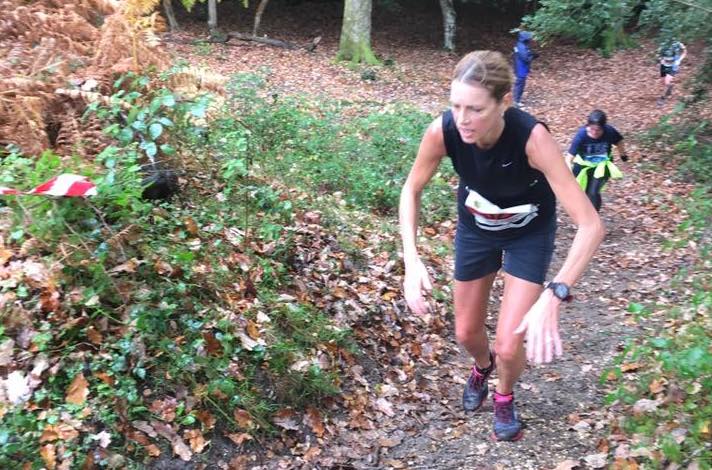 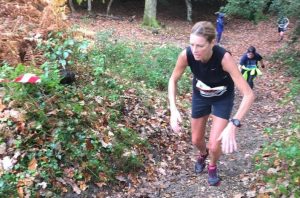 It’s only been three months since Emma Caplan, the athlete formerly know as Emma Dews, had her baby. Since then she’s made an extraordinary comeback to the running circuit, winning the ladies race at the Hoburne 5 league fixture in her first official race back.

It wasn’t an easy or a comfortable victory for Emma either as she was pushed all the way by Laura Pettifer of Kenilworth Runners. What that seemed to do though was to bring out Emma’s competitive edge and it was good to see that since giving birth she hadn’t lost that side to her game.

She’s also made a welcome return back to cross-country action, taking part in the first fixture of the Hampshire Cross Country League where she ran really well to secure 20th place in the women’s race and 4th placed vet, just ahead of teammate Georgia Wood who was 22nd and 5th vet.

Those were encouraging results for Emma as she continues her quest to get back to her best form. Of course, for that to happen there will be a certain amount of patience required but with Emma’s determination and mental strength, there’s no doubt she’ll get back there again.

After her fantastic intro back onto the running circuit though, Emma felt it was time to ramp things up a bit, thus decided to put herself down for the New Forest Stinger.

The Stinger is basically an extremely hilly version of a cross country race, except that it’s 10 miles long in contrast to the much shorter distances usually covered in XC, especially by the ladies.

Emma wasn’t there to make up the numbers though. She meant business and was immediately up at the front with the lead pack. It soon became evident that Emma was going to boss proceedings as far as the ladies were concerned.

In fact, the way she was going it didn’t look as if many men were going to finish ahead her either. The biggest hill of the race was, of course, The Stinger, and that came into play just after mile 6. It was tough but Emma made it up okay. 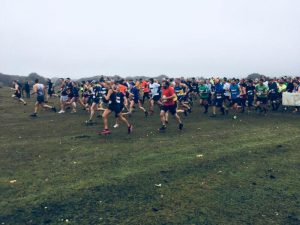 After going down that there was another testing incline at mile 7.4 and then some more climbing to do from 8.6 miles through to 9.4 miles. Rounding off a very tough second half of the race there is even another hill to tackle just before the finish.

Holding her own well over the latter stages of the race, Emma made it the line in an incredibly impressive 5th place overall, registering a time of 1:09:19.

Finishing virtually two minutes ahead of the next lady who was Hayley Higham, it was another fantastic win for Emma in the women’s race and a huge stepping stone on her journey back to her best.

The overall winner of the race was Daniel Campion of Lordshill Road Runners who tore round the course in 1:04:45. Mark Stileman of Romsey Road Runners was 2nd in 1:05:25 with Richard Swindlehurst of Poole AC taking 3rd in 1:07:12.

The fact that she’s already mixing it with the front runners in races of this ilk so soon in her comeback is a testament to the outstanding ability the Emma possesses.

The course came up slightly longer than 10 miles as well and Strava had her down as going through 10 miles in 1:07:41 which makes Emma’s run all the more impressive.

Having her back in the ranks will be a massive boost for the Bournemouth AC ladies. In her absence they have found it difficult to get a team of three together for some of the league races over the course of the season and have often struggled to contend for the top placings.

It’s not too late for the BAC women to salvage something from the season though as, with a couple of strong performances at the last two remaining fixtures, the Wimborne 10 and the Boscombe 10k, they could still sneak into the runners up spot in the DRRL First Division. With only two points separating Littledown Harriers, BAC and Poole AC, it’s all to play for.

That would be a big achievement for the BAC ladies, given the difficulties they had in getting a team together through the middle part of the season. After gaining a late entry into the Wimborne 10, Emma could have a big role to play in that and, if her performance at the The Stinger is anything to go by, she could be a contender for top honours in a somewhat less challenging 10 mile race.

In fact, having Emma back at the club seems to have given everyone a lift and the prospects look good for BAC with the last two fixtures happening over the next couple of weekends. The men’s team look poised to seal the league title at the Wimborne 10 with an extremely strong squad lined up to launch an assault. 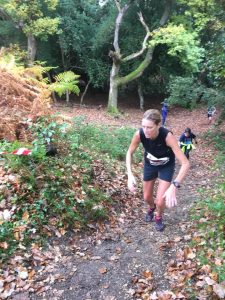 A brilliant result for Emma saw her take 5th place overall, completing the hardcore 10 mile route in a terrific time of 1:09:19