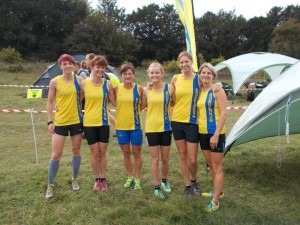 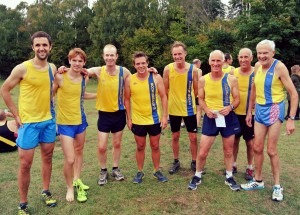 The first fixture of the Hampshire Cross Country League (now sponsored by Alton Sports), season 2015/16, took place at Farley Mount, Winchester, on Saturday 10 October, and there is no doubt that, from BAC‘s point of view, the stars of the show were BAC‘s Ladies, who achieved not one, but two, very impressive team results. More of that later.  The first BAC vests to be seen on the course were worn by Tom Farwell and Conor Charlwood in the U13 Boys‘ race. Tom was 39th in 12.49 and Conor 54th in 13.25. Well done to Tom and Conor for competing – it’s perhaps a pity that BAC didn’t have a third U13 boy to make up a team. Then, in the U13 Girls‘ race, the BAC vest was seen again, by Anya Sandell, who was 68th in her race in a time of 15.56. Anya clearly enjoyed her first cross country race competing for BAC, and, of course, Anya stayed to support her Mum, Nikki, in the ladies’ race, and gave fantastic support to all the BAC athletes running in the following races. Well done, Anya! 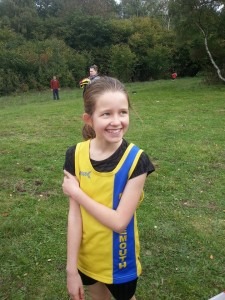 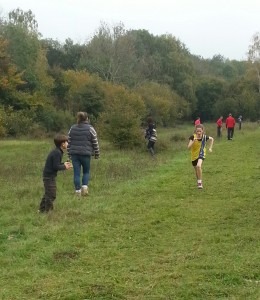 The next race in which BAC was involved was the U17 Men, in which Brandon Meredith was 25th in 18.58, and Sebastian Hearn was 32nd in 19.42.  As in the earlier races, it was great to see Brandon and Sebastian competing, but it would have made their day if there had been one more BAC U17 man to complete a team.  The coaches work very hard to encourage the middle distance group they train to join the club and to compete, but it seems very difficult. 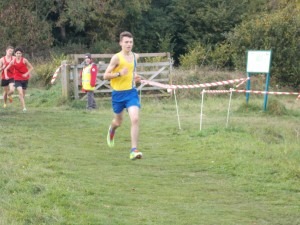 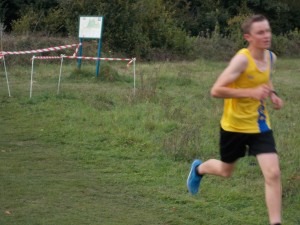 Then we came to the highlight of the day!  BAC fielded what must have been the strongest ladies team in living memory, and what a result!  With Heidi Tregenza finishing 10th in 24.45, Emma Dews 15th in 25.18 and Nikki Sandell 23rd in 26.11, BAC Ladies were the 4th team of a total of 19 complete teams (there is just one Ladies Division).  And with Gemma Bragg finishing 49th in 27.59 BAC had the security of depth in case of unforeseen problems, which fortunately didn’t occur.  In 66th position in 29.09 was Caroline Rowley, who completed the womens’ veteran team (with Emma and Nikki), which finished 2nd veterans team of a total of 9 complete veterans’ teams.  Louise Price (ever present!) finished 75th in 30.09. This was an excellent result for Louise – the total field was 129 – demonstrating her continuing progress. So, just to emphasize, BAC Ladies had two team successes at Farley Mount – 4th Senior Ladies’ team, and 2nd Veteran Ladies’ team.  Heidi went on to win the ladies competition in the Studland Stampede the next day, and it looks as if Gemma was a winner at the Chalke Valley Challenge 10k, also the next day.  More of this next week……………………. 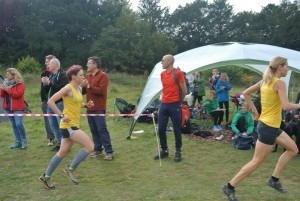 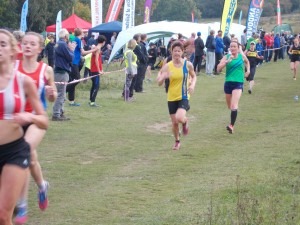 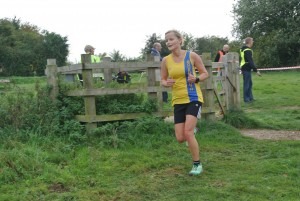 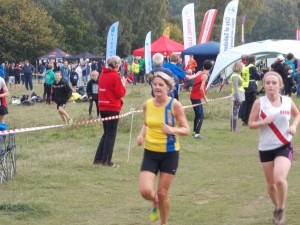 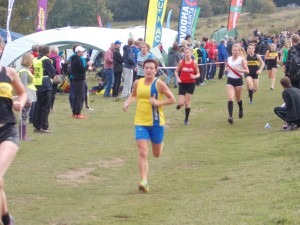 Unfortunately, there wasn’t the same success for BAC‘s men, but well done to all those who did turn up to compete.  Of the eight BAC athletes, six were vets, the only two Senior Men being David Long and Jez Bragg – hats off to David and Jez.  However, this did mean we had not one, but two, vets teams (only one counts in the results), in a competition in which BAC vets usually hardly feature!  David had an amazing run to finish 14th (34.11), and Jez, not up to full fitness, did us proud in 70th position(38.33) (of a total of 251).  The Senior Mens’ team was completed by Simon Hearn (160th 43.06), Richard Nelson (181st 44.56) and Steve Cox (190th 45.16), with Simon, Richard and Steve making up the BAC Vets team.  The ‘reserves’, enjoying themselves on a beautiful sunny day, with perfect conditions for cross country, were Simon Hunt (201st 46.13), Ian Graham (226th 48.52) and, competing in his first cross country for some years, Mike Farrell (237th 50.52).  The end result was that BAC Senior Men are tenth of ten teams in Division 1, with 615 points, a long way behind the ninth placed team who scored 400.  The fact is that BAC would only have been 5th in Division 2! The silver lining is that a BAC vets team is on the score sheet, finishing a creditable 7th of the ten complete teams in Division 2. So, there’s a lot of recovering to do to retain our Division 1 status. We need the troops out for the next fixture, which will be at Popham Airfield, Basingstoke, on Saturday 7 November.  It’s possible there’ll only be three more fixtures (Popham, Bournemouth and Reading) to recover the position because, as yet, no venue has been found for the final fixture due on February 13th. 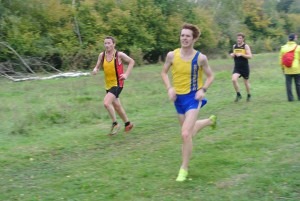 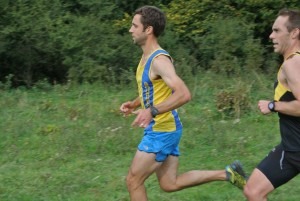 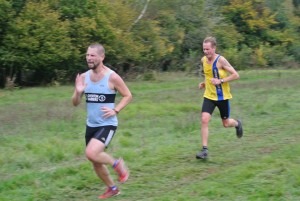 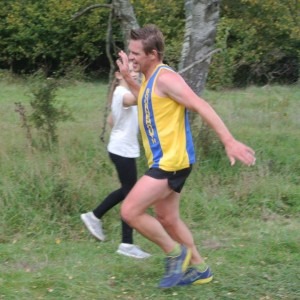 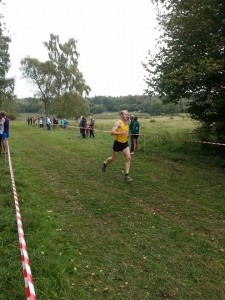 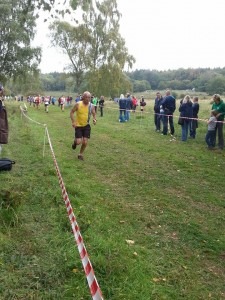 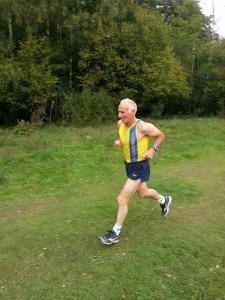 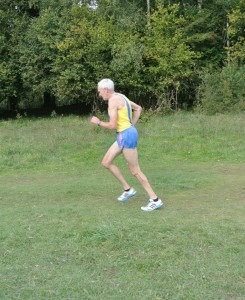 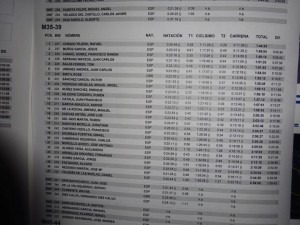 Going abroad for the moment, Ross Smith appears to have done well in the European Duathlon Championships, held in Spain on 11 October.  There aren’t many details (see previous report for a fuller description of the competition), but Ross finished 76th overall, and 7th in his age group 35-39, which seems an excellent result.  Ross says “it was tough in 26 degrees. My legs are battered, but it was a great experience”.  Let’s hope Ross‘ legs recover in time for Popham on 7 November! 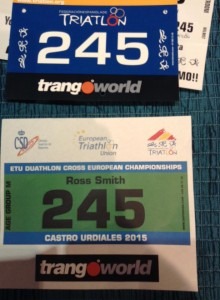 Ross Smith is ready for the European Championships 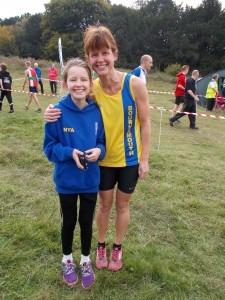 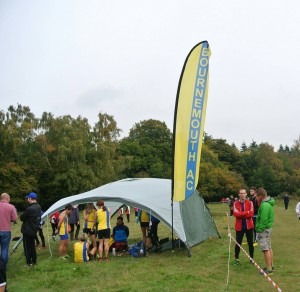 BAC’s base at Farley Mount