High Five for Tag at Victory 5 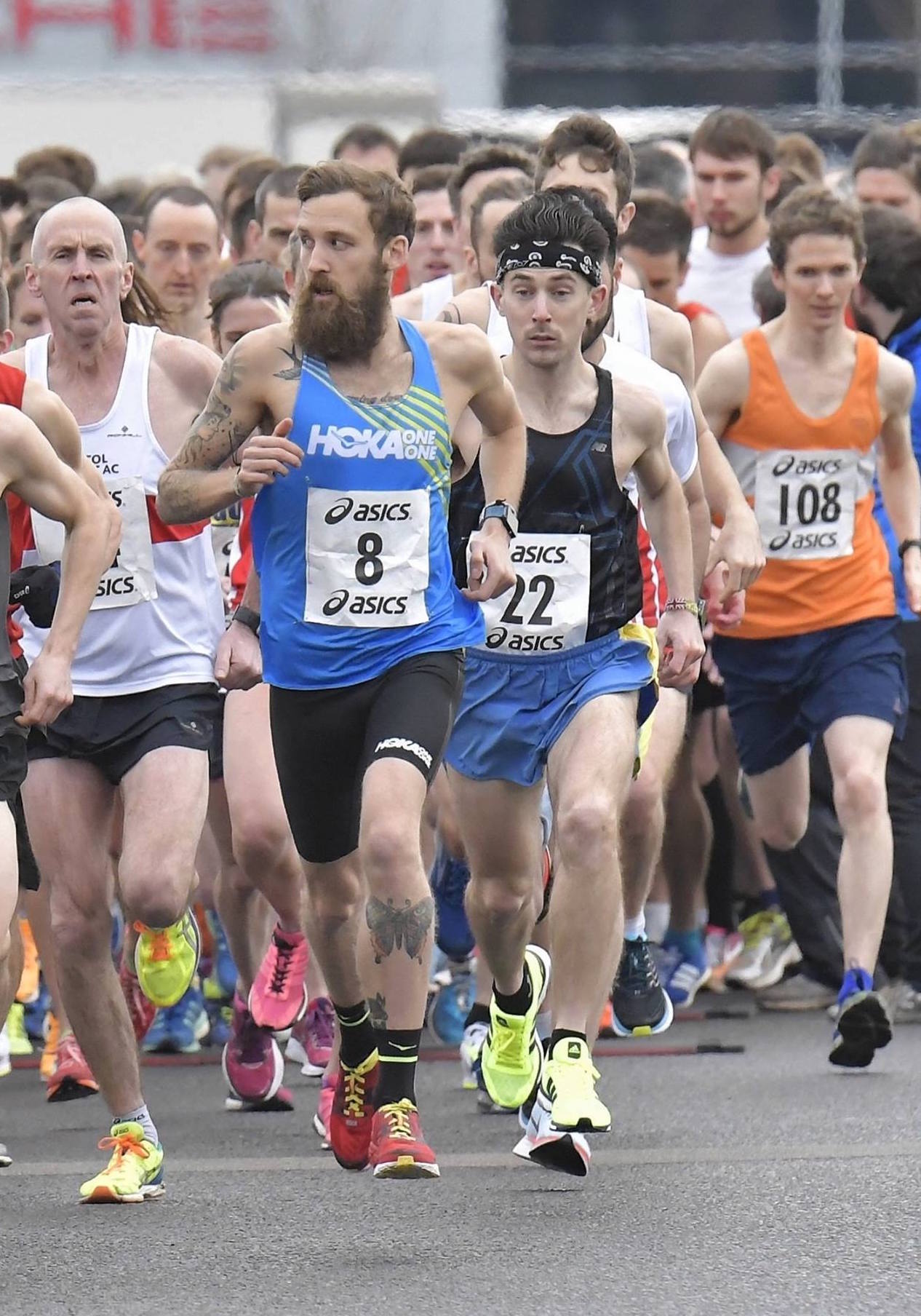 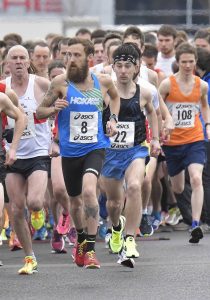 Rob McTaggart (black top, blue shorts) was in action at the Victory 5 mile race at Lakeside in Portsmouth

The Victory 5 is one of Europe’s biggest 5 mile race, often attracting leading runners from the UK and overseas. Although not too far from home, it isn’t often on the radar of many Bournemouth AC members. This year, however, Rob McTaggart decided to throw his headband into the ring and give it a go.

The only problem was that the race was staged the day after the Hampshire League Cross-Country fixture at Popham Airfields. Because he knew he’d be in cross country action, Tag wasn’t too optimistic about his chances in the Victory 5, fearing that a hard slog through the muddy fields of Popham might take quite a bit out of him.

He was pensive on the morning of the race as he set off on his warm up run. To his surprise though, it turned out he was actually feeling in very good condition, and had run a 6.30 mile with relative ease. At that point, he decided the race was on and he was gearing up for a fast time.

The Victory 5 race was in it’s 71st year and is steeped in history. Unfortunately, this year the continuation of work on the Portsmouth sea defences prohibited use of a certain section of the course.

One of the main attractions of the race has traditionally been going round the tract at the Mountbatten Centre. The race organisers, ideally wanted to keep that element but the proposal of an alternative route to avoid the closed section was rejected by the local authority.

That meant a completely new course had to be established. The new course was based at Lakeside North Harbour on Western Road, Cosham. It was a two lap route incorporating a trail section around the back of the lake. 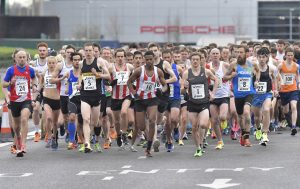 There were a few tight corners but the course was still very flat and conditions were good on the day so a fast time looked like it might be on the cards for many of the participants.

Tag was out of the blocks quickly and after penning a 5:08 for his first mile, he knew a good run was on the cards. As the race unfolded, he found himself on his own, with a fair distance between himself and the runner ahead of him and also a comfortable gap to the runner behind.

As the race reached the closing stages, Tag was gradually closing the gap on the man ahead but realised he wasn’t going to get in contact. This meant he had crossed the line in 5th place, which was a terrific result given the standard of the field he was up against. There were 717 finishers in total.

Tag was glad to see that the time was pretty impressive as well. In fact, he’d recorded a fantastic new PB of 25:48, putting his average pace at an incredible 5:10. This was a quite spectacular performance and, particularly considering he’s run the cross-country race the day before, it had taken Tag slightly by surprise.

A 5 mile race is often a very good indicator of what sort of time a runner is capable of in the more common ran distance of 10k. This result in the Victory has given Tag the belief that a sub 32 minute 10k might well be on the cards in a future race. Given the right course and the right conditions, and in the form he’s in now, Tag would certainly have every chance of achieving that unprecedented target, so watch this space!

A terrific time of 25:48 gave Tag a magnificent 5th place finish in the Victory 5 and has given him the belief that a sub 32 minute 10k could be a very feasible and imminent target