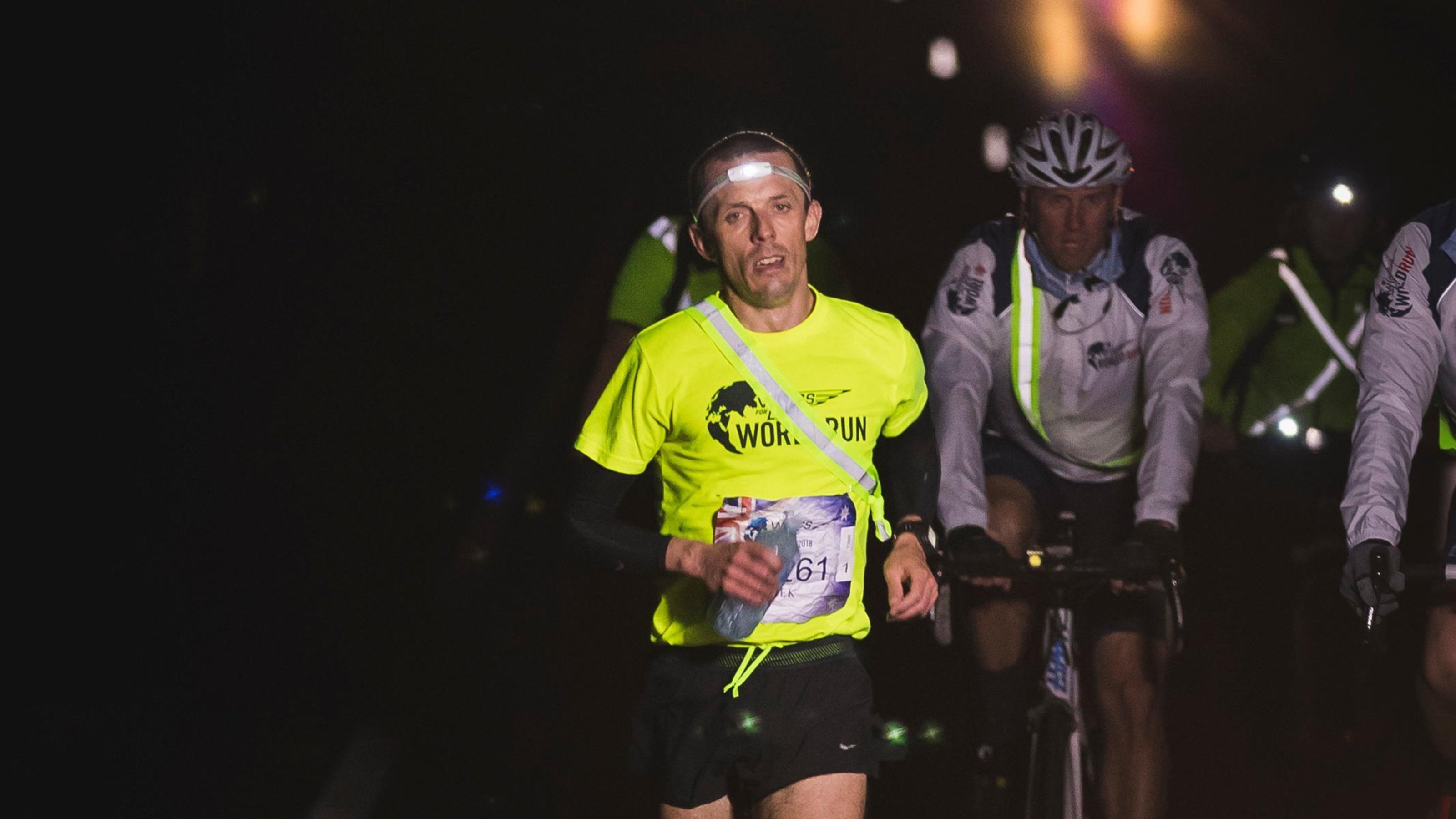 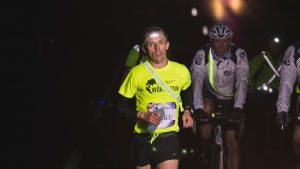 Following his win at Cambridge last year, Jacek Cieluszecki opted for Melbourne, Australia, for this year’s edition of the Wings for Life World Run

After his fantastic victory at the Wings for Life World Run in Cambridge last year, Jacek Cieluszecki had earnt the opportunity to select any location in the world this time round. He chose Melbourne, Australia for this year’s event.

Melbourne is one of the biggest races of all, attracting huge numbers and it tends to get a fair bit of TV coverage as well. The concept of the Wings for Life World Run is that basically everyone competing around the world starts off at the same time and each race has a Catcher Car that chases down the competitors.

Runners can also enter by using an app on their phone as well, so they don’t necessarily have to be in one of the race locations. They will then get chased down by a virtual car. It’s a fantastic idea for a race and makes really exciting viewing when tuning into the live coverage.

The Melboure race started at 9pm local time and with it currently being Autumn time in Australia, that meant it was very dark. This added a unique twist to an already intriguing race with every competitor sporting a head torch. That made for quite a spectacle, with 2,432 head torches lighting up the night sky.

Following the disappointment he’d suffered in the Boston Marathon, when the freezing cold conditions and persistent wind and rain caused his body to virtually shut down, affecting his finishing time quite significantly, Jacek wasn’t sure how it was going to go. He was quite tired when he got back to the UK after that and although he’d done a few long runs since then, he wasn’t really feeling the flow. 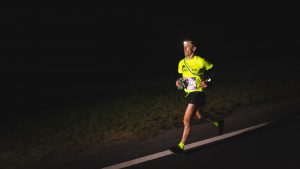 As the races are scheduled to start at exactly the same time all around the world, it was 9pm in Melbourne which meant the entire race was run in darkness

When the race started, a few of the competitors set off pretty hard. In truth, most of them were probably just looking to get on the TV coverage though and steal their 5 minutes of fame. The thing about Wings for Life though as that you can’t actually afford to go too hard from the start if you want to do really well. You have to set off at a pace you feel comfortable running at because you’re going to be out there for many hours and will need to be able to maintain that pace for a very long time.

This is where Jacek’s experience came into play. Having won the race in Cambridge last year, he had a pretty good idea of what sort of pace he should be running at in order to be able to maintain it throughout the course of the night. Therefore, rather than taking any risks in trying to keep up with the other guys, he let them go and stuck to his own strategy, knowing they would most likely run out of steam in the end.

Soon there were only two guys ahead of Jacek. He passed one of them at around 30km. He then caught Ali Najem, who was in the lead at around 47km. Ali tried his best to say with JC but he was never realistically going to hold on for long. Once Jacek broke away, there was only going to be one winner.

Soon after that the two British guys, Damien Bruneau and Stephen Peck were caught by the Catcher Car and eliminated from the race leaving just Jacek and Ali out there. At 55.63km, Ali was finally reeled in, making Jacek the only one left standing.

It was now a case of lasting as long as he could to feature as high up in the world rankings as he possible. There were still others out of the course at the various different locations around the world but we were now into very elite territory.

Impressively, Jacek managed to maintain his pace throughout, feeling strong all the way. With the Catcher Car closing in, he managed one final spurt to stave off being caught for as long as possible. This brought a chuckle from the commentator in the TV coverage as he remarked that it was one of the most stubborn finishes he’d seen.

When the Catcher Car finally caught up with JC, he’d covered a massive 67.3km, which is 41.8 miles. He’d been running for 4 hours and 28 minutes and the way he was running, you wouldn’t have thought it. The fact he still looked strong and still had a bit of fight left in him at the end tells you a lot about how well he was running. His finishing distance was just 1.5km shy of what he managed at Cambridge last year. 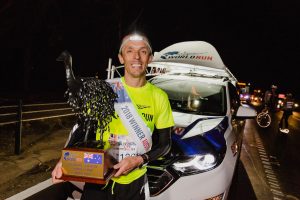 After his glorious victory in Melbourne, Jacek was awarded a rather spectacular trophy, depicting what looks like either an ostrich or an emu

In truth, the Melbourne race had turned out to be a fairly comfortable win for Jacek in the end. In fact, he found it less competitive than the race he did on English soil last year when it took him 60km to chase down fellow Dorset runner, Iain Trickett, who runs for the Dorset Doddlers.

The way JC is able to just keep his momentum going for such a long time and over such a long distance though it truly incredible. He’s like a machine – and in this sort of race that makes him simply unstoppable.

What was even more impressive was that Jacek reached the lofty heights of 8th in the Global Ranking, so effectively he was 8th best in the world. A quite phenomenal achievement and one he’ll no doubt look back on with immense pride. The event is growing in popularity as well, with 102,862 people from around the world taking part this year.

All that’s left for Jacek to do now is to choose which destination to run in next year. When you win one of the Wings for Life World Run races, you’ve earned your right to go wherever you want. That means, after his amazing victory in Australia, the world truly is his oyster. 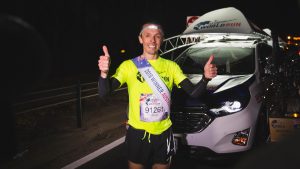