Julia, Pawel and Stevie P make a splash in the Lymington Lifeboat 10k 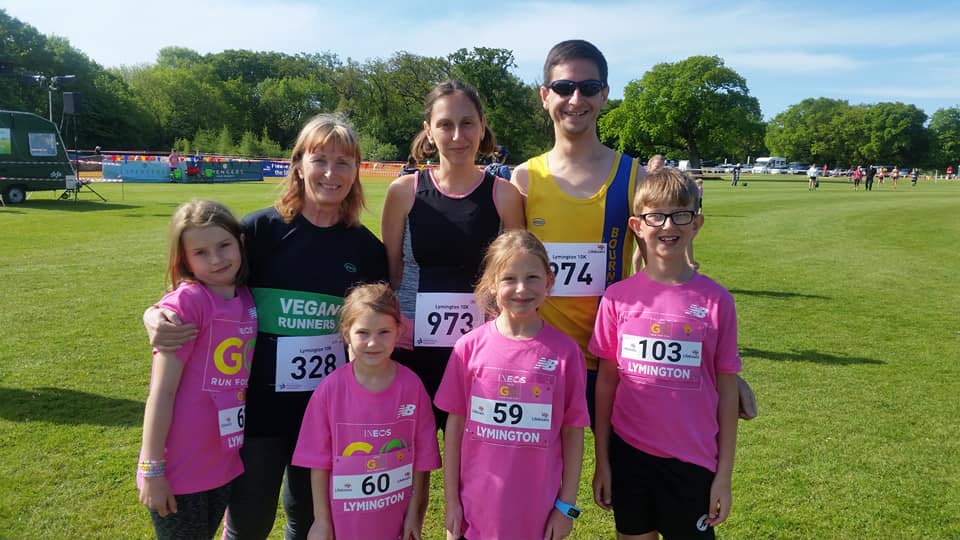 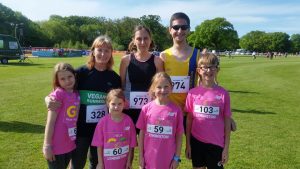 Despite the rather precarious name which conjures up thoughts of desperately trying to stay afloat whilst you wait for the rescue crew to arrive, the actual Lymington Lifeboat 10k is a very safe, well organised and unassuming race.

In fact, on the contrary the event, which is put on by the RNLI, has a nice family feel to it, also featuring 2k and 1k fun runs for kids to take part as well as the main 10k race.

The weather conditions were fantastic on race day, with some lovely sunshine and very little breeze. It was a good opportunity for a quick 10k time for those feeling in-form as they readied themselves on the start line.

In the line up for Bournemouth AC were Julia Austin, Pawel Surowiec and Steve Parsons, all looking for good performances and who knows, perhaps a PB was on the cards as well if things went well.

After suffering from a bit of IT Band Syndrome since the Bournemouth 10 race back in February, Steve Parsons didn’t really know what to expect going into the race. The injury causes him a lot of pain in the knee and has hampered his training somewhat over recent months.

Luckily the injury didn’t seem to effect him too much in the race and he felt pretty strong all the way round. He really enjoyed the gravel tracks along gorgeous sea walls, which made for a quite spectacular settling.

As he reached the finish, it had turned out to be a very good run from Steve, as he crossed the line in 113th place in a time of 44:26. This was actually Steve’s second fastest 10k of all time, so quite a result really considering the problems he’s been having recently.

That said, it was still around a minute off his PB for the distance, which he did at the Boscombe 10k last November, so he does still have some way to go before he makes it back to full fitness but the signs are pretty good nonetheless. 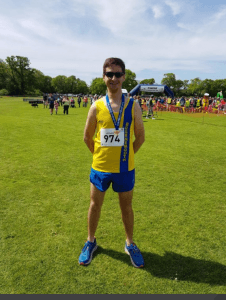 Steve recorded his 2nd fastest 10k to date, completing the course in a time of 44:26

Steve’s wife Roz was also in action in the 10k race and managed to secure herself a fantastic new PB of 1:04:59, placing her in 750th in the standings.

The field contained just shy of 900 competitors, so it was a very good turnout indeed. All three of Steve and Rozanne’s kids participated in the 1k fun runs, making it a fabulous morning for the Parsons clan. 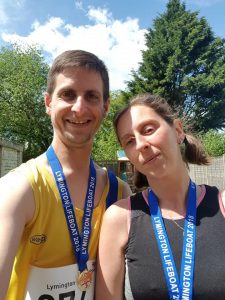 The lovely 10k route was also very appealing to Julia Austin as well, who also cited that she particularly enjoyed the sea walls section at Keyhaven.

The warm conditions suited Julia quite well and she turned in a very solid performance, crossing the line as 8th placed lady overall in a time of 43:16. That was out of a total of 435, so a very good result for Julia. 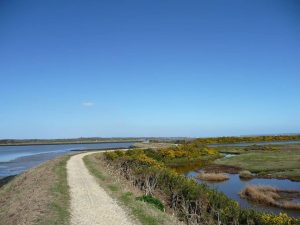 The beautiful sea walls at Lymington

The time was a minute and a half quicker than her time in the Bournemouth Bay 10k in April. It was just a shame that the Lymington Lifeboat wasn’t a UKA licensed race so it won’t help her ranking.

She picked up a prize for 1st F50 as well so that was another bonus. The winner of the ladies race, Kathy Bailey was also in the F50 category but since she’d already been given a prize for being overall winner, the category win was attributed to Julia. 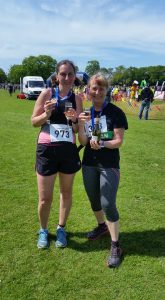 After the race, Julia enjoyed seeing all the children in their fun runs as well. Julia is a teacher and quite a few of her pupils were running so it was nice for her to be able to cheer them on.

As for Pawel, he was looking for a sub 40 minute time, and was hoping in the form he’s in he would at least be in place to have a good tilt at a PB. 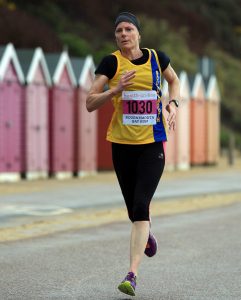 Unfortunately, it wasn’t to be for Pawel on the day, and he didn’t seem to quite have the speed or the energy to put himself in position to get the time he wanted. That said, his finishing time of 42:18 was still a great effort by most peoples’ standards and put him in 59th place overall. 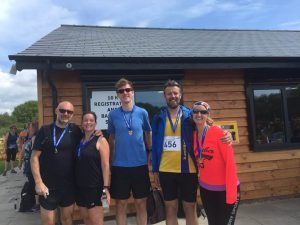 After the race Pawel speculated that it could have been due to a lack of rest recently that caused him not be feeling completely fresh for the race. He has been doing a lot of 12 hour shifts at work recently so that is bound to have some impact on performance. No doubt he’ll pick himself up and be ready for the next one though.

Pawel’s partner Naomi Capell also competed in the race, finishing in a time of 1:04:44, which put her in 741st place overall and 317th lady. Naomi sometimes comes along to the Tuesday night training sessions with Pawel and does parkruns with him on Saturday mornings so it was good to see her out racing as well. 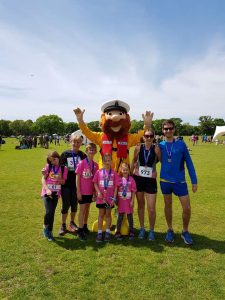 The Lymington Lifeboat event was a fun morning for all the family, as the Parsons clan will testify