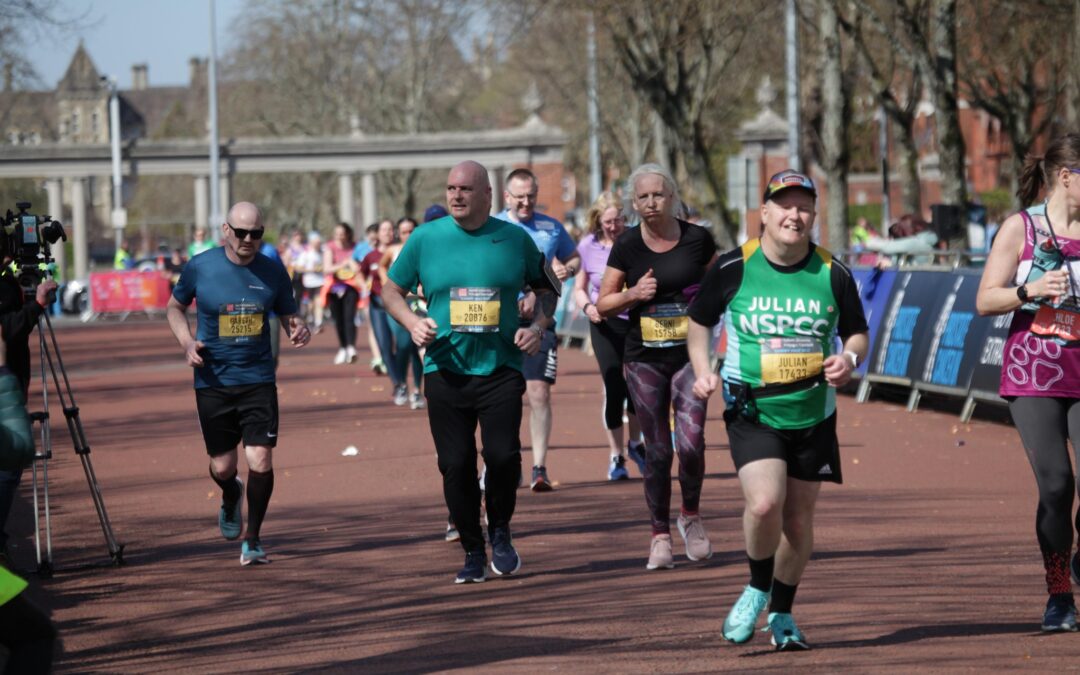 As one of the UK’s biggest and most prestigious races over the distance, the Cardiff Half Marathon is always an attraction for top level runners, as well as bringing together a healthy contingent of the masses. It has even in the past been enough of a lure to see some of the elite Kenyan and African runners line up in the hunt for the big prize.

After the COVID-19 pandemic prevented the race from going ahead the previous two years, the last time the race was actually held was in 2019 and that was the year Rob McTaggart hammered home an incredible PB of 1:08:56 in a race that saw him run his quickest ever road 10k and 10 mile times as well. That year he was only 30 seconds or so behind the world’s top female distance runners, with Lucy Cheruiyot of Kenya picking up the win in 1:08:20.

Tag has gone on to better that time since but only once, which was when he clocked a time of 1:08:29 at the Vitality Big Half Marathon in 2020.

This year’s Cardiff Half Marathon also featured Bournemouth AC involvement, albeit not quite as close to the front of the field, and that was from Julian Oxborough.

Julian hasn’t competed in many races over the past couple of years but he did successfully complete the Great South Run in October last year and has been getting his training back on track since the turn of the year.

Julian’s main target race this year will be the London Marathon in October which is one that he’s wanted to do for many years now. Having that ahead of him will be good incentive to get him out there pushing hard and he saw the Cardiff Half Marathon as a stepping stone on his journey toward London.

With the crowd support that you get around the city in the Cardiff Half Marathon as well, in many ways it was quite similar to what you might expect from England’s capital, come the day of the big event.

The route for the Cardiff Half Marathon is pretty flat most of the way but there are a few small inclines on the way, the most notable of which appear on the fourth mile and the thirteenth mile.

It starts out at Cardiff Castle before heading down past the Principality and Cardiff City Stadiums on the way to Penarth. It then heads through Penarth Marina before crossing the bridge and heading on to Cardiff Bay.

Working its way through the heart of the bay taking in the Norwegian Church and Wales Millennium Centre, it is then up towards the north of the city, where a loop of Roath Park Lake awaits before the grandstand finish at the Civic Centre.

The weather on the day was fantastic but the sunshine and the heat brought with an added challenge for Julian. To begin with he was targeting a finish of between 2 hours 30 minutes and 2 hours 45 minutes and he was initially using the pacemakers. 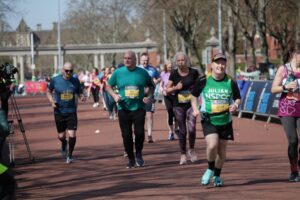 There was a bit of a headwind though when they hit Cardiff Bay and Julian started to find it difficult. On the seventh mile he started to lose touch with the pacemakers so he pulled back and decided to take it at a much easier pace and then look to finish strongly.

There were also a lot of people reduced to walking pace at that point as well where Julian was, making it tricky to navigate around them in places where it was tight for space.

Easing off the throttle considerably over the last five miles or so, Julian coasted in for a finishing time of 3 hours 1 minute and 20 seconds, putting him in an overall position of 11,082. That was enough to seem him placed 492nd in the M55+ category.

Although it wasn’t quite as quick as he was hoping for, it was still his third fastest half marathon time since he returned to running after a very, very long absence. Plus it was excellent preparation for the London Marathon and he still has plenty of time to improve his fitness, speed and stamina before then. 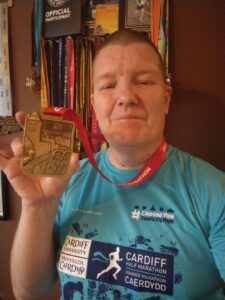 At the front of the field, it was Birchfield Harriers man Kadar Omar who picked up the win, getting to the tape in 1 hour 2 minutes and 46 seconds. That was just enough to fend off the advances of Southampton’s Mahamed Mahamed who took the runner up spot in 1:02:52.

Zakariya Mahamed was the next man over the line, making it two out of the top three places for Southampton when he recorded a time of 1:04:04. Jonathan Glen of Inverclyde was 4th in 1:05:51 before Cardiff’s very own James Hunt hit the finish in 1:06:06.

Natasha Cockram was first female, crossing the line in a tremendous time of 1:10:47 which put her in 27th place overall. That gave her a winning margin of over three minutes on Bronwen Owen of Leeds City who was second female in 1:14:03.

Elle Twentyman of Taunton AC was third female, getting round in a still very impressive 1 hour 15 minutes exactly.

If there was one thing Julian could fault himself on it would be that he did not properly fuel for the race. The fuelling strategy is always important in long distance races and that will be a lesson that he can hopefully learn from going into future events.