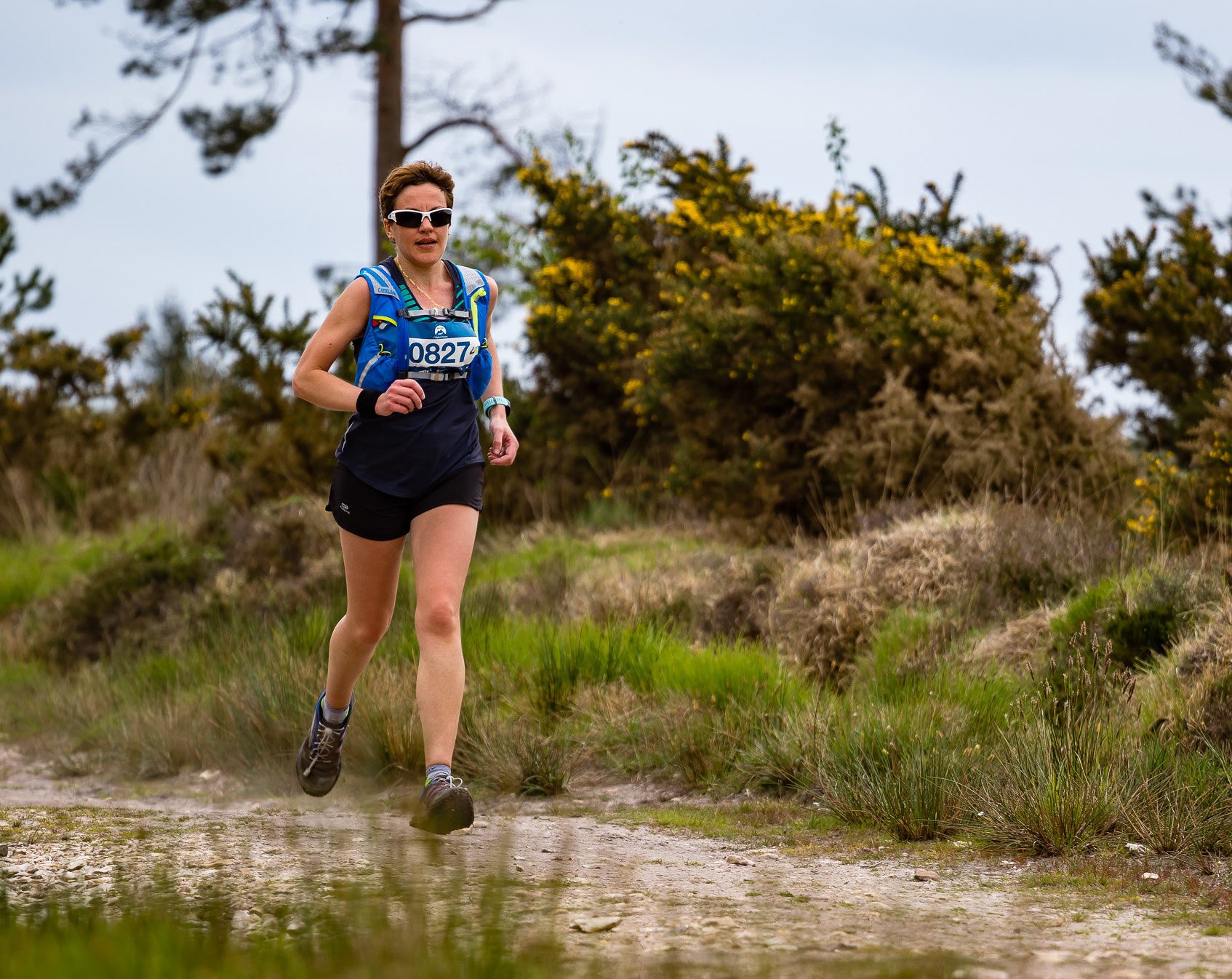 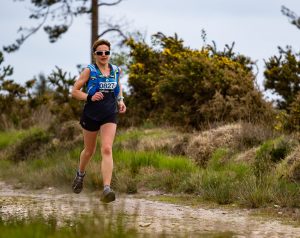 The Maverick inov-8 Original Dorset event was staged at Corfe Castle over on the Purbeck and it was made up of a Short, a Medium and a Long distance race. The event attracted the attention of two Bournemouth AC members; Simon Hearn and Kirsty Drewett.

Simon had recently competed in the Maverick inov-8 Original Hampshire where he tried out a new pair of trail shoes he was given as a trial and emerged victorious in the Short distance race.

After that success, it was no surprise that Simon opted for the Short distance race again, although this time it was a 9km as opposed to 6k like it was last time. Kirsty went for the Long distance race, which turned out to be 14.5 miles.

Having entered the race quite a while ago, Simon felt compelled to do it, although he has recently been suffering from a meniscus injury which has effected his running to some extent. 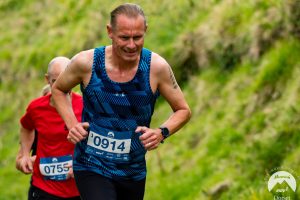 Over the past 4 weeks he’s only really done parkruns and not much other running due to his injury so he wasn’t expecting anything special. He was just looking to do his best and see what happens.

Much to his dismay, the first two and a half miles of the course were uphill, which is not really his forte and certainly not what he enjoys. Once he got to the top, those in the Short distance race were directed to turn left.

At that point he knew who he was in competition with. There were four people in front of him. Three men and one lady, each with fairly big gaps between them.

He pushed on and began to catch the lady who was in front of him. He got level with her and told her to keep working and stay with him. She was unable to keep up though and dropped back.

It was now the guy in front who was in 3rd place that was Simon’s next focus. He thought he would give it a go and try to bridge the gap. He could tell he was edging closer. Then they reached a downhill section.

As they embarked upon the descent, Simon knew this was his strong point and if he was going to get past, this was the time to do it. Sure enough, he made the manoeuvre and assumed 3rd position just as they were coming into the finish.

Crossing the line in a time of 42:22, Simon was delighted to have come in 3rd. The was a 7 second gap in the end between him and the 4th placed runner. There were 106 people in total in the Short race. 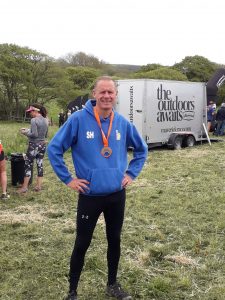 With a time of 42:22, Simon had to settle for 3rd place on this occasion

Meanwhile, Kirsty was doing the long route. After being a bit out of sorts for the past few weeks, she decided to tackle it as a long training run.

It was the first time she’d done a Maverick race before so wasn’t really sure what to bring. It turned out that the aid stations were pretty well stocked so she needn’t have packed so much. 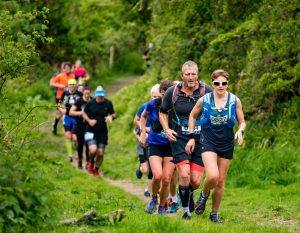 Kirsty’s strategy was to treat it like a long training run, setting off quite conservatively

The weather conditions were good, which was a bonus. The route was well marked out and the organization was slick. The course was familiar to Kirsty as she’s done quite a bit of running on the Purbeck but it was in a reverse direction to the route she normally runs.

She liked it all the same though and there were plenty of climbs and varying terrains to get stuck into. She said she’ll definitely put her name down to attack this course again when she’s in better shape. 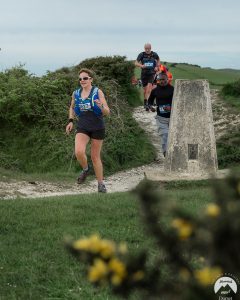 On this occasion, she walked on some sections and took a leisurely pit stop at each of the aid stations. She appreciated the stunning views as she went round and thoroughly enjoyed every step of the way.

The route started off at Purbeck Valley Farm and worked its way up the barrows to Old Harry’s Rocks, through Studland and onto the heathland. It then went around Agglestone Rock, skirted the golf course to Rempstone and the woods that were teaming with bluebells. It was then back up the ridge and down to the farm.

Going over the line as 17th placed lady, Kirsty clocked a time of 2 hours, 27 minutes and 6 seconds. That put her in 95th place overall out of total of 172 entrants.

Still feeling strong at the finish, Kirsty took a lot of confidence from the run and was pleased she managed to keep her excitement contained and take it nice and steady. There are certainly signs that she’s turning a corner and is hopefully on the way toward getting back to her best. 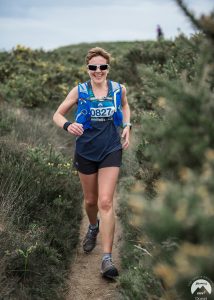