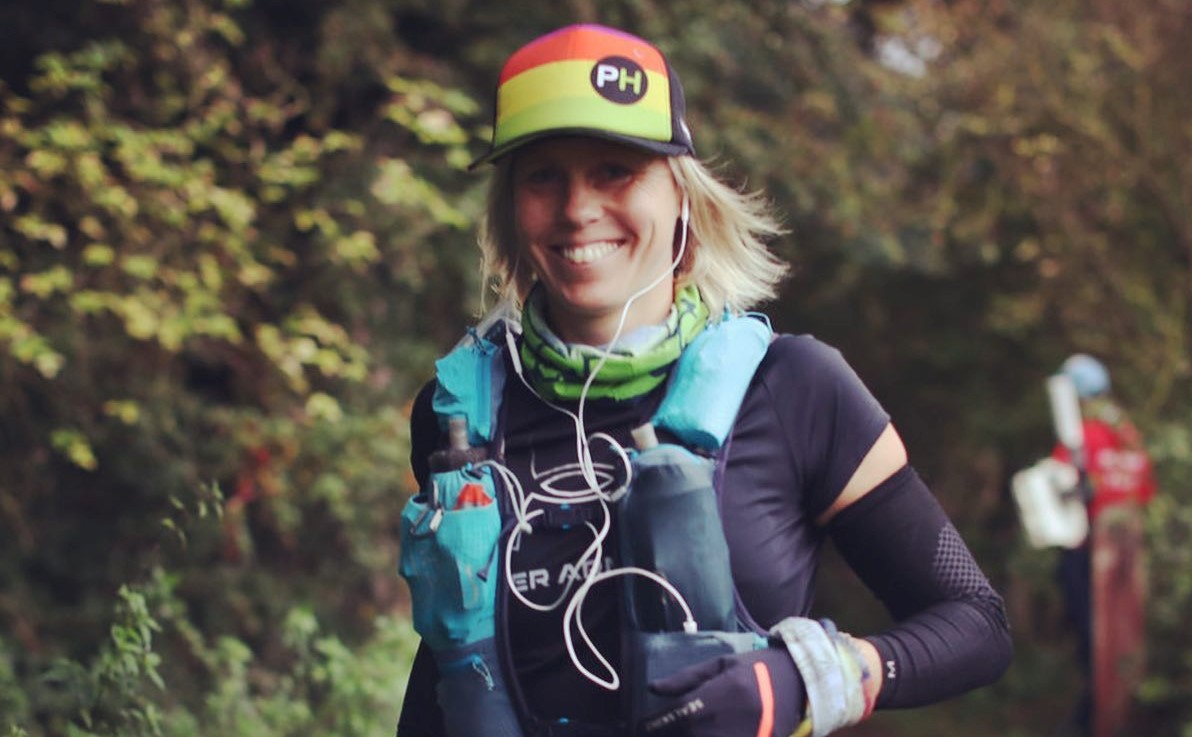 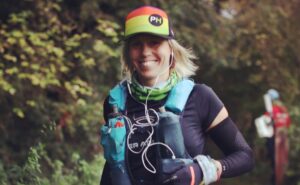 Sometimes it the winning of trophies or the earning of medals that is the important thing. Sometimes it can be overcoming of a mental obstacle that means the most. That was certainly the case for Linn Erixon Sahlström when she took to the start line for the Centurion Running Autumn 100.

Ever since she suffered a really nasty fall and injured herself badly on the slopes on Snowdon, Linn had lost her confidence and her mojo as a runner.

The following year was full of cancelled races which meant she didn’t really have the opportunity to get out there and arrest those demons. The year after that she was busy with other aspects of life, including getting married, becoming an animal chiropractor and acquiring a puppy, which meant she had no time to devote to racing.

Therefore, when she returned to Goring for the third time for the Centurion Running Autumn 100, it was to be her comeback race. Usually Linn looks to finish in a high position and challenge for the first female spot in ultras but since she hadn’t done any for such a long time, this one was really just about finishing.

In many ways, it was do or die for Linn. She was either going to accept that running longer distances were now a thing of the past, or she was going to rediscover the magic again and enjoy the freedom of movement.

Whilst she may have had zero expectations going into the race, Linn did have plenty of nerves but she felt like she had to give herself the chance to enjoy the simplicity of running again. After all, the competition was fierce and Linn had never really seen herself as a fast runner. She felt she was more of a slogger with a Viking mentality and a fair amount of luck.

The course for the Autumn 100 reflected the shape of a cross, featuring for 25 mile out and back spurs upon sections of both the Ridgeway and Thames Path National Trails.

Theoretically the course is quite flat and fast if the conditions are good but the runners did have to face 13 hours of darkness which would test them to their limits.

Fortunately for Linn, it was just one of those days where everything flows and things just fall into place. Her attitude was to embrace everything. Even the bee sting on a neck she suffered on the first leg. 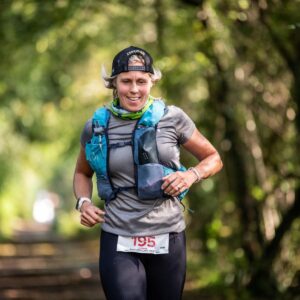 The staggered start meant that Linn had no idea who out of the runners that were physically behind her were actually in front of her in racing terms.

She was chasing ultra running extraordinaire Debbie Martin-Consani but all she got was high fives when she sailed past her in the opposite direction. 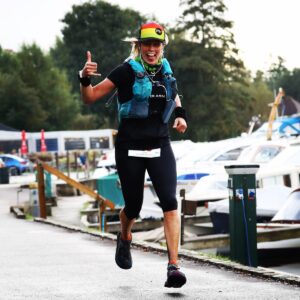 With 20km to go, Linn was told she had a chance of third place female but she’d have leg it, literally. As much as she loves racing, trying to finish fast after already having run 140km was a new game for her. But magic does happen.

The woman challenging Linn for third place was Alysia Sawicka. She wasn’t sure where exactly they stood in the race but one thing was for certain and that was that she needed to keep Alysia behind her. She couldn’t afford to get caught. 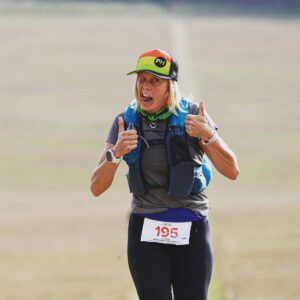 As she got closer to the end, it became more of a race for Linn as she realised what was at stake

Knowing she had to go for broke in that last section from Pangbourne, it was set up for an enthralling end to the proceedings for Linn.

As she passed the final checkpoint and went over the bridge she could see two head torches behind her, closing in at a scary speed. Although there were a few undulations over the latter stages, Linn knew it was either run or die.

Somehow a primal instinct kicked in and the adrenaline took over. Despite having a dodgy headtorch that needed charging, Linn found an extra gear. She ran for her life, praying not to stumble on any roots again or fall into the Thames. She didn’t really fancy a swim at that point. 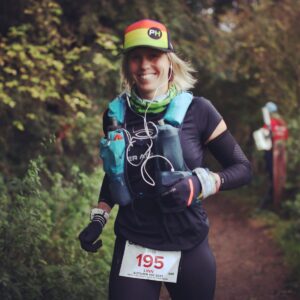 When required to do so, Linn was able to turn it on and find an extra gear

The reality was that with four miles to go Linn was actually eight minutes behind Alysia so she had a huge deficit to turn around in the latter stages of the race but she was very determined.

She passed a few guys who, either out of courtesy or fear, stepped aside when they saw the determination in her stride and heard her heavy breathing.

As she crossed the finish line in a sprint like fashion, Linn felt relieved and a tad emotional. After all, crossing that finish line was all the mattered really. It meant she had won her own mental challenge and that was huge.

Finishing in a time of 19 hours 5 minutes and 51 seconds was also a fabulous result for Linn. She could scarcely believe it had gone so well after not managing anything like the sort of training she’d usually put in for a race like that. 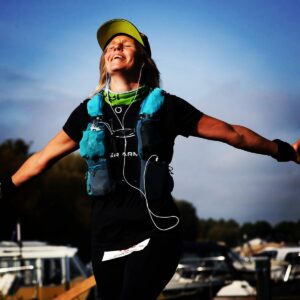 Around 13 minutes later, Alysa arrived at the finish. She’d started quite a bit after Linn though so at that point they had no way of knowing her had actually taken third place and faced an anxious wait to find out.

Sure enough, it turned out that it was Linn who had won the battle for that all important podium spot with a time just six seconds quicker than Alysia.

You wouldn’t usually expect 100 mile races to be quite so dramatic at the end. Incredibly though, it was similar for the men in a battle for the overall race win.

In the end it was Jacob Snochowski who picked up the victory, registering a time of 13 hours 59 minutes and 21 seconds. That gave him a winning margin of just 10 seconds over Peter Windross. 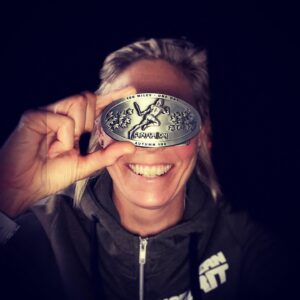 Holly Rush was in a real hurry to get round and completed the course in 16:51 to finish as first female and 8th overall. Debbie Martin-Consani was 2nd woman and 12th overall in 18:21:46.

Out of the 165 who successfully completed the race, Linn was 17th overall which was a magnificent achievement and certainly well beyond what she was expecting.

It was a dream ending for Linn and made the mammoth effort she’d put in towards the end of the race very worthwhile. She felt very lucky and was so grateful to her body and mind for allowing her to accomplish what she did. And the best thing about it of all… She’d fall back in love with running again.