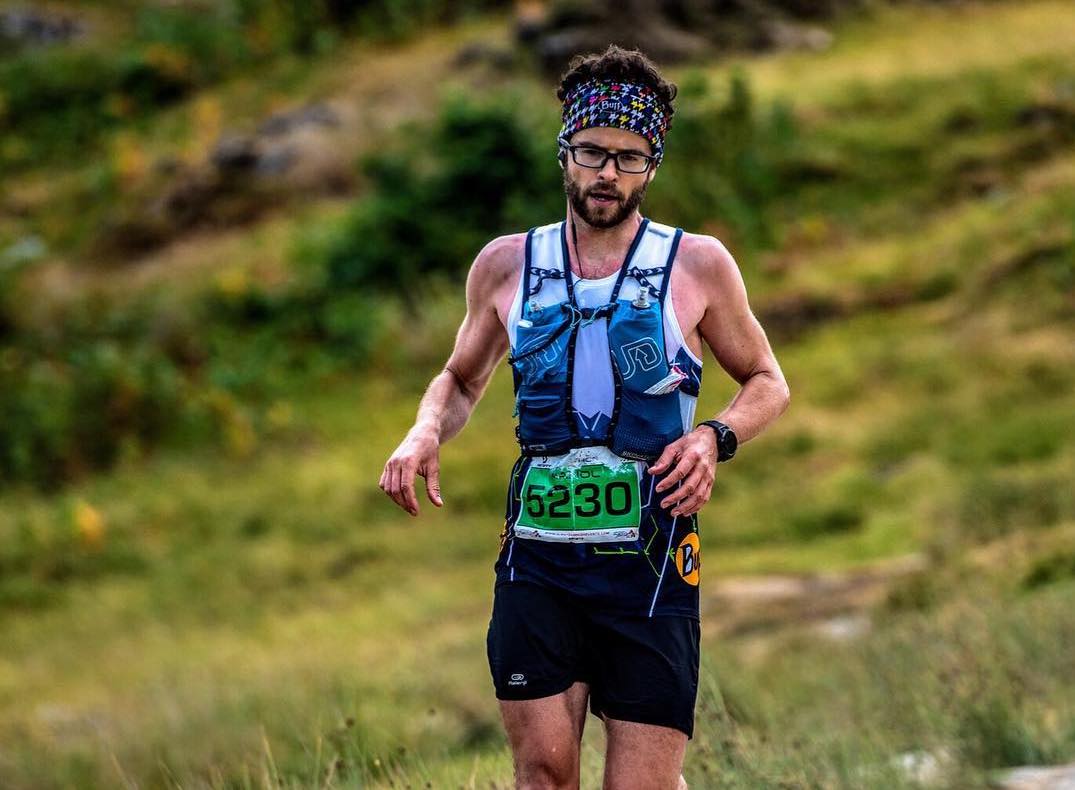 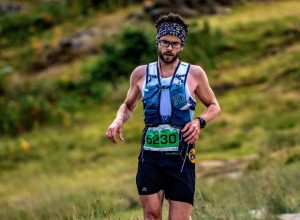 Manol Dimitrov was taking on the 60.4km Ultra Marathon at the Scott Snowdonia Trail event, with Jacek Cieluszecki going in the Full Marathon

We’ve been getting used to seeing Bournemouth AC athletes taking things to the extreme over recent times. Whether it’s Steve Way in his well revered podium finish at Comrades, JC conquering the world at Wings for Life, Ant Clark with his silver medal at the British 100k Championships, Jez Bragg with his 100k at Belvès, Toby Chapman’s 90k renaissance at Mont Blanc, Pat Robbins at the 24 Hour European Championships, Mark Hillier at the Marathon des Sables, Ollie Stoten in the Namib Desert, Andy Gillespie at the Devon Coast Challenge… The list is endless. Then you’ve got Pete Thompson to takes goes beyond extreme to the verging on unimaginable with his challenges.

It would certainly be fair to say that BAC members are synonymous with pushing themselves to the limit in some of the toughest races and biggest challenges they can find. The latest example of that theme saw Manol Dimitrov and Jacek Cieluszecki tackle the Scott Snowdonia Trail Marathon.

Opting for the 60.4km Ultra Marathon race, Manol Dimitrov knew he’d have his work cut out to complete such a gruelling, mountainous course with such a huge and difficult ascent profile. In saying that though, this is exactly the kind of challenge that Manol relishes.

With a real affinity for taking to the high peaks, Manol is very much at home on this type of terrain. In fact, it’s in these types of races that he truly excels.

Last summer Manol and Jacek both took on the OCC Mont Blanc race, a 56km course with 3,500 metres of vertical. Jacek finished 23rd out of 1,565 starters that day and Manol came in 63rd, putting him firmly in the top 5% of finishers.

In one of his more recent mountain exploits, it didn’t quite go so well for Manol. It was the 48km Cortina Trail. Unfortunately, on that occasion Manol was suffering with some stomach issues and was forced to retire 16.4 miles in, having already vomited a couple of times.

Faring a little better in his next outing a week later, Manol came in 164th place in the 42km Buff Epic Trail race. The route included over 3,300m of climbing and took Manol 7 hours 23 minutes and 57 seconds to complete.

The Scott Snowdonia Trail races start and finish in Llanberis, a place known as the Welsh outdoor capital. With its iconic and spectacular climbs up the highest peak of Snowdon, featuring breathtaking panoramic views of the Snowdonia National Park, there are surely no more striking trail marathon routes in the entire UK.

Despite the early elevation, Manol started off really quickly and was in the lead after the first 6 miles. It turned out though, he was too quick and the marshals hadn’t yet managed to put out all the markings in the spots they should have. That resulted in Manol taking a wrong turn and he had to then stop, reorient and go back.

By the time he got back onto the correct path, four people were in front of him. It was a frustrating blow but there was no time to dwell on it. I had to pick up where he left off and continue.

Later on he took another wrong turn, descending down a path he wasn’t meant to be going down. Again, he had to stop, reorient and find his way back onto the correct route. 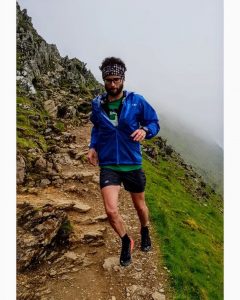 Manol had done some training on Snowdon back in June so he knew the terrain. That didn’t necessarily mean he knew the route though!

It was the third time he went wrong though that was the real killer for Manol. He had been climbing and climbing up this goat track for what felt like an eternity. Little did he know though, there had been a gate between the rocks that he’d apparently missed. It was pretty difficult to spot, especially since he was focusing on his running and was on his own for the vast majority of the time.

It turned out he’d added an extra 12km onto the route and around 4,000ft of additional elevation. That’s a pretty big penalty to pay for a few wrong turns but if you go off piste at Snowdon, that’s the kind of consequences you could face.

Although his chances of winning the race had effectively been ruined, Manol refused to let it get him down, which is a real testament to his attitude and character.

On the downhill run in to the finish at Llanberis, he absolutely smashed it, registering a sub-16-minute 5k which, after 45 miles and nearly 7 hours of running, not to mention 11,800ft of climbing, is pretty damn impressive.

Managing to reel in a few people who had inadvertently overtaken him after his various mishaps, Manol incredibly finished up in 5th place with a time of 6:54:35.

It was a a truly great show of strength from Manol, both mental and physical. It wasn’t so much a positive showcase of his navigational skills, but if the course had been marked out properly and clearly, those detours could’ve been avoided.

It would’ve certainly been interesting to see what he could have done if he had managed to follow the correct path. Who knows? He could even have found himself on the top of the podium.

Perhaps he just felt that 60.4km and 8,000ft of climbing up Mount Snowdon simply wouldn’t enough and he felt compelled to take the scenic route. 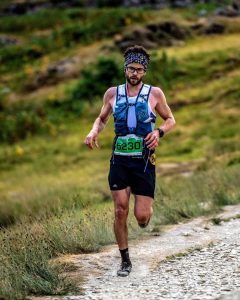 Despite going wrong on several occasions, Manol rallied well to take 5th place in a time of 6:54:35

As for Jacek, he had wanted to do the Ultra Marathon but the places for that race filled up pretty quick so he ended up doing the Full Marathon instead. That was still a good 43.4km and 1,685 metres of elevation, so still a tough route that would prove extremely testing, even for an athlete of JC’s calibre.

To say Jacek has been in good form lately would be an understatement. In fact, he’s been killing it since his spectacular victory in the Wings for Life race at Melbourne.

That was followed by double delight at the Poole Festival of Running when he won both the 5k and the Half Marathon. He then claimed another victory in he Maverick ions-8 X-Series Exmoor 15k, although he had been intending to do the 42k until he took a wrong turn.

After that he won the Lulworth Castle 10k before blowing everyone away to defend his title at the Portland 10.

The Scott Snowdonia Trail Marathon was going to be a tougher prospect altogether though, with a competitive field including top British international distance runners Callum Rowlinson and Adam Holland.

With such a competitive line up, Jacek knew he was going to have to be at his absolute best to stand any chance of coming out on top.

The race effectively comprised of three different sectors. The first 3.5 miles lead you up and are followed by 1.5 miles through some marshy fields.

The second part is a fast section which is undulating in places. This is the segment where road runners could probably gain some advantage.

The last part is the ascent up Snowdon, followed by the descent back down. This section is by far the hardest and includes a brutally steep stretch on mile 22.

Once you reach the top of the summit, it is then downhill all the way to the finish line at Llanberis. It’s a fast descent but you have to be careful on it as there are rough and rocky parts to negotiate. So much so that many people ended up taking a tumble or two on the way down.

At the beginning of the race there was a lead group of four, containing last year’s winning and course record holder Callum Rowlinson, Adam Holland, Jack Oates – who is an ambassador for Ant Clark’s X-MIles company – and of course JC himself.

At mile 5, Adam Holland, who is in the top five in the world for marathon victories, started to turn the screw and built up a solid gap. Jacek decided to stay at his pace, cruising along in 4th place, around 30 seconds behind Callum and Jack. Saving some energy for the latter stages, Jacek knew full well that everything could change on the final ascent on Snowdon. 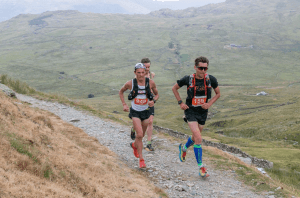 From around miles 16 to 22, the course was all uphill culminating with that massive steep section on mile 22. It was over these uphill miles that Jacek made his move. He went past Callum first to take third before overtaking Adam to climb to second.

That left only Jack out front. Jack was having a really strong run though and for a 22-year-old, he’s a phenomenal runner. As it panned out, JC just didn’t quite have enough in the tank to catch Jack and he was able to seal the win, smashing the course record as he crossed the line in a time of 3:37:54.

Arriving at the finish less than five minutes later, Jacek took 2nd place in a time of 3:42:41. This was still comfortably under the previous course record that Callum had set last year of 3 hours 51 minutes, so, whilst it may not have been a win, it was still a mightily impressive performance from JC.

Having to settle for third place on this occasion, Adam Holland crossed the line in a time of 3:58:55. As for Callum, he didn’t make it to the finish in the end as he was forced to abandon due to a back pain.

All things considered, Jacek was pleased with his performance, although he did feel a slight lack of freshness in the legs over the final section. He enjoyed the event though and it was good to be in a really competitive race and pit his wits against some other top class athletes.

Next up, JC turns his attentions back to the local scene as an opportunity arises for him to complete a Portland quadruple, having won the Portland 10 and Round the Rock last year and having already retained his crown at the Portland 10 this year. The Round the Rock 10k takes place on 12th August and JC will definitely be the man to beat again in that one.

No doubt they’ll be more stories of mountain exploits from Manol in the near future since he seems to revel his high altitude forays. There will be more from JC as well as he is set to compete in a 100k mountain ultra in Poland in September. 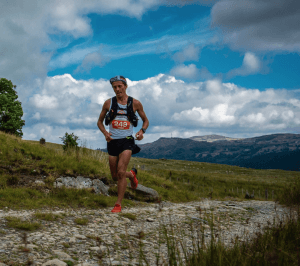 Jacek powered up the final ascent on Snowdon, moving from 4th up to 2nd but he couldn’t quite catch the leader Jack Oates