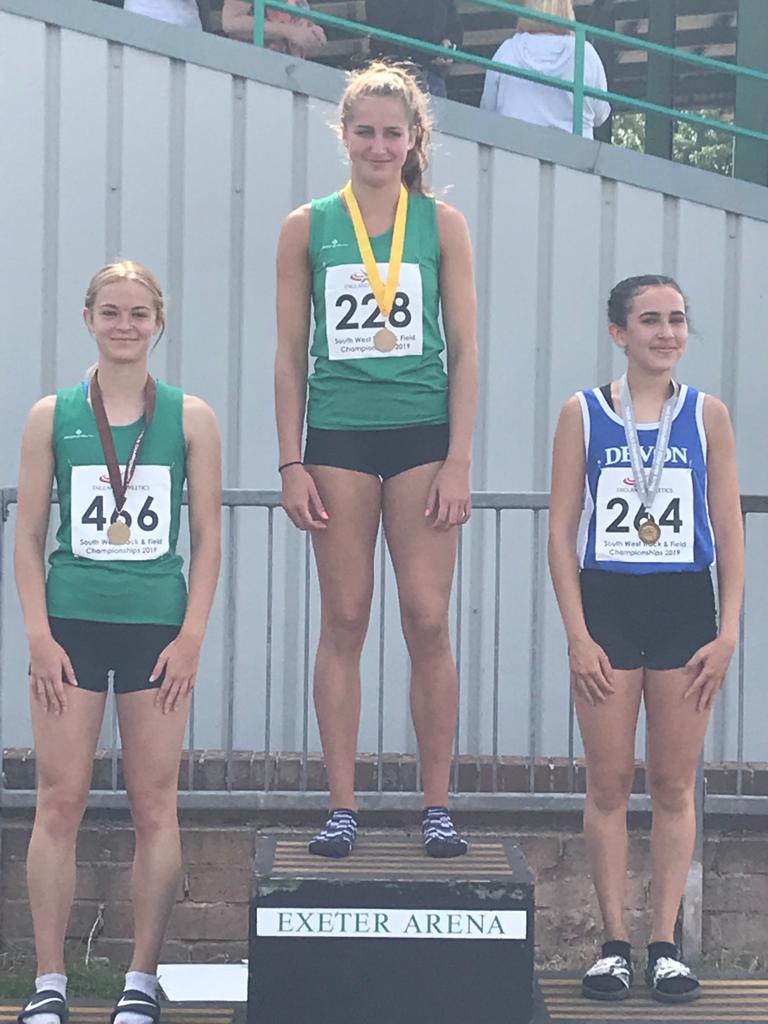 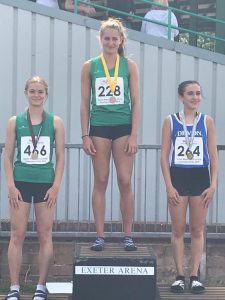 The 2019 South West Inter County Championships were held in mostly warm and sunny conditions at Exeter on Sunday 21st July. This report will be restricted, for the sake of brevity, almost solely to medal winners. Unless otherwise mentioned all the medal winners below were competing for Dorset.

Starting with the younger age groups saw Oscar Ewen Matthews win a Gold medal in U13 Boy’s Long Jump with a leap of 4.75 metres. Oscar also won Bronze in U13 Boy’s 800 metres in a time of 2.20.11 seconds.

Sofina Sommerseth won Silver in U13 Girl’s Long Jump with a jump of 4.37 metres.

Mariah Marshall won Bronze in U13 Girl’s Javelin with a throw of 15.54 metres.

Brooke Ironside continued her fine summer season with a Gold medal in U17 Girl’s 100 metres with a PB and new Championship record of 12.03 seconds. Amelia Verney won Silver in a time of 12.26 seconds which was very close to her PB. BAC athletes were close to a 123 on the medal rostrum with Lana Blake coming 4th in a Season’s Best time of 12.63 seconds.

Larna Blake won U17 Girl’s Long Jump with a leap of 5.44 metres. Brooke Ironside won Silver with a jump of 5.39 metres.

Jasmin Cooke won Gold in U20 Women’s High Jump with a jump of 1.55 metres.

Isabell Shepherd won Bronze in Senior Women’s Hammer with a throw of 39.19 metres.

I hope I have included all BAC medal winners out of over 500 entries from the day’s competition. Apologies if there are any omissions

Thanks to all officials at the event, particularly to BAC’s Wynne Munden. (Some other BAC members were officiating at the London Anniversary Games).

Thanks also to BAC and County stalwart Brian Camp who was very busy all day as Dorset Team Manager. His final duty of the day was to collect a Dorset 2019 vest left by the Long Jump/Triple Jump pits at Exeter. The vest is believed to be a junior’s size. As of Tuesday 23rd July no one had claimed the vest from Brian. If you know anyone who left it at by the LJ/TJ area or would like to have it (if no one from around Dorset claims it), please contact Brian.