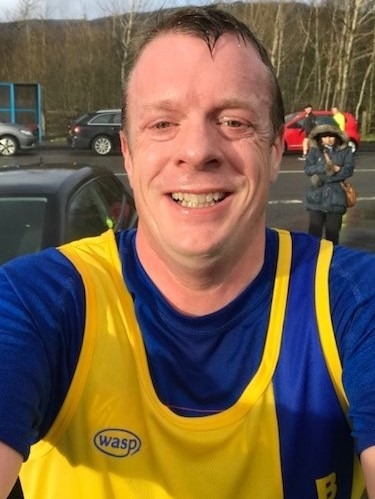 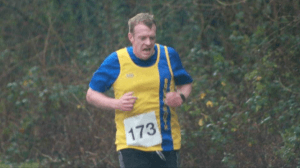 Whilst spending Christmas with his wife’s family over in South Wales, Mike White managed to take some time out from the board games and charades to get his running shoes on and take to the start line for the Glynneath 5 race on Boxing Day.

The Glynneath 5 is an out and back, 5 mile road race that seems to prove popular with the locals, this year attracting a field of over 500 participants. This was despite the rain, which, considering it’s in South Wales, was fairly inevitable.

After joining BAC in the summer, Mike has been progressing well and has been reaping the benefits of the Tuesday night training sessions which have noticeably improved his fitness.

Having secured a superb new PB of 1:12:22 at the Wimborne 10 in November, Mike knew he was in good form, knocking some 3 minutes off his previous best that day.

Hopeful of another strong PB display, Mike was out of blocks quickly, recording a 6:57 for his first mile. He then followed that up with a 6:56, keeping the pace nice and consistent thus far.

He went even quicker in the 3rd mile, clocking a 6:52, before slipping off the pace slightly in the 4th mile, which he completed in 7:07.

It was then a case of digging in and bringing it home for the last mile and Mike did just that, putting in a remarkably consistent 6:57 to cross the line in a fantastic new PB time of 34:55. This put him in 114th place overall. His average pace for the race was 6:57 so it was a very well executed run from Mike’s perspective.

This was an exactly 1 minute improvement on the time he did at the Hoburne 5 in Christchurch in October and demonstrates the strides he’s been making as a result of his training with BAC. 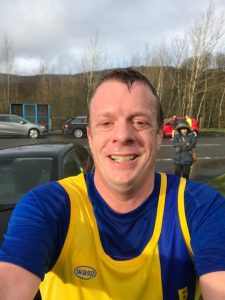 Mike was pleased to secure a fantastic new PB of 34:55 to take 114th place on the day