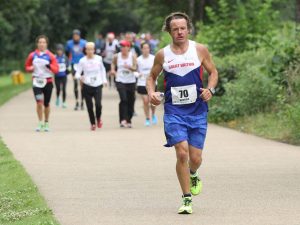 The IAU 24 Hour World Championship took place over the weekend with Bournemouth AC’s Pat Robbins in action for Great Britain. Pat was one of a team of 11 that had been selected to represent the nation at the event that was staged in Belfast this year.

Just to be selected for such a prestigious event was a huge accolade for Pat and would give him the opportunity to pit his wits against some of the very best ultra runners in the world.

The course was a flat 1.7km loop around the lake at Victoria Park and the aim was to complete as many laps as possible, which equates to covering as much distance as you can within the 24 hour time frame. The winner would be the competitor who has covered the most distance. 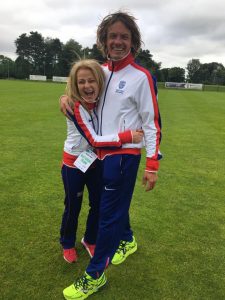 Despite the extraordinarily high standard of the field, Pat had high hopes of finishing well up in the standings. All was going smoothly for the first half of the race, so up until about 12 hours in. Unfortunately it was at this point that his attempts were about to be derailed.

He first began to feel a pain in his quads. This was then followed by some stomach cramps. Pat believes the quad pains can be put down to the hilly 100 miler he did 12 weeks prior.

He got some treatment on the legs and the stomach over the next couple of hours and persevered. Another factor that made it difficult was that the timing system was down for most of the race, meaning the runners had very little idea how they were actually doing, besides the estimations of the team management.

At the 20 mile mark, Pat was lying in 52nd position having completed 120 laps and covered just over 123 miles. Although this would have still have been a fantastic achievement in a field of 290, it wasn’t where Pat wanted to be. Since the treatment he’d received for his quad and stomach issues though, Pat had got a second wind and was determined to finish the race strongly.

Over the last four hours, Pat began to really put the hammer down and power his way up the standings. In fact, his finish was so strong that he gained 19 places, ending the day in 33rd place overall.

Pat completed a phenominal 145 laps by the time the 24 hours had elapsed giving him a grand total of just under 150 miles. This was a quite incredible distance to cover by any standards and made Pat the 28th best male. 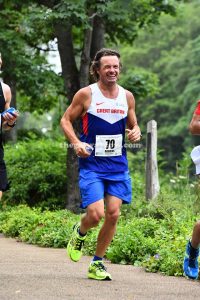 Considering where he was after the quad and stomach issues, this was a seriously strong finish and Pat can take a lot of heart from that. He was also the second best Brit, after Steve Holyoak who managed two more laps.

In terms of the men’s team competition, Great Britain finished in 8th place out of 28 nations, amassing a total of just under 716 kilometres between them. 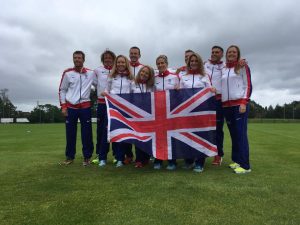 Pat wasn’t the only Bournemouth AC connection to the race. Paul Consani was also present at the event, acting as a member of the crew for his brother Marco, who was also competing for team GB.

Marco finished the race in 60th position, completing a total of 32 laps, equating to just under 136 miles. This was another very impressive performance. 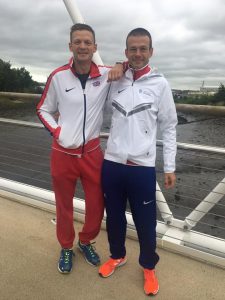 Showing they are a family of amazing running talent, Marco’s wife Debbie Martin-Consani was also in the race representing Great Britain. She finished as 39th best lady, racking up a total of 123 laps, so almost 127 miles.

All three should be very proud of their efforts. Running constantly for 24 hours is always going to be a monumentally difficult task, whatever your level of fitness and running background may be. Pat’s exertion is the latest of a string of ultra competitions where Bournemouth AC members have excelled  on the world stage, once again demonstrating the great calibre of athletes that the club possess.