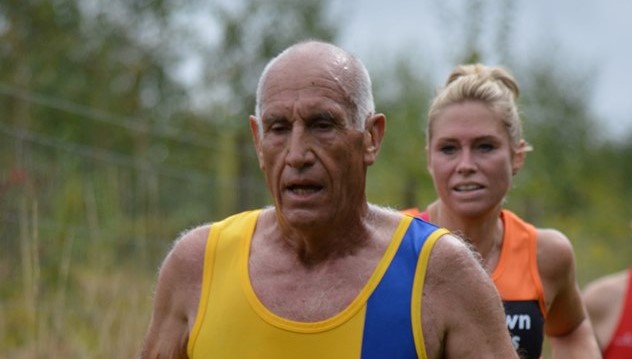 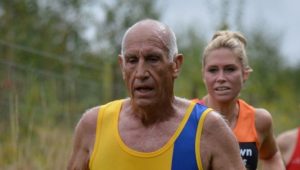 It was the second consecutive year Simon Hunt had competed in the Black Hill 10k and low and behold, the hills were just as steep as they were last time!

It’s tougher than your average 10k, that’s for sure, and that’s by virtue of the fact that it’s actually almost 11k. Plus there are some testing hills to negotiate along the way as well, with the Black Hill 10k course incorporating an elevation gain of around 675ft.

Of course, none of that put Kirsty Drewett and Simon Hunt off. Kirsty loves a hilly race and she was coming off the back of a run out in the Purbeck 16, which is a very tough, undulating route featuring almost 2,000ft of elevation.

She was actually planning to compete in the Run Jurassic Half Marathon as well the weekend after the Black Hill 10k and that included an ascent up Golden Cap, the highest point of the south coast. Unfortunately that race got canned though due to high winds on the day of the race.

Simon Hunt participated in the Black Hill 10k last year as well, so he knew full well what it was all about. The course is a figure of eight loop, heading round Mays Plantation, up onto the ridge, then descending down the Jubilee Trail to Turners Puddle.

Then it’s over Kite Hill and through Piddle Wood, then down Jubilee Trail to Turners Puddle for a second time. Then it’s over to Black Hill for the finish.

The first mile was uphill which brought about the steady start for Simon. He was then able to gather some pace over the downhill stretch over the second and third mile. Then it was back uphill again all the way to slightly beyond the fourth mile.

Simon managed to crank the pace up well over the downhill section on the 5th mile, leaving him with only the tough climb up Black Hill and back down again remaining.

The hill took it out of him a bit but he pushed on well on the descent down to the finish, crossing the line in 51st place with a time of 51:45.

That put him 2nd to Hamish Murray of Purbeck Runners in the M65-69 category, just like he was last year. Hamish’s time was a very strong 45:24 which saw him slot into 18th place. Comparing his time to last year, Simon was 41 seconds slower on this occasion, but it was still a decent run on such a tricky course. 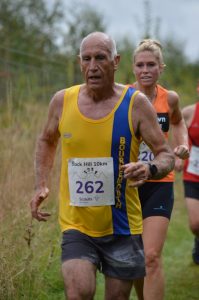 Simon heads toward a 51st place finish, registering a time of 51:45

Kirsty felt her race was a bit of shambles really from start to finish. She was struggling to get enough oxygen into her lungs and was having difficulty breathing in the heavy air.

The first hill was a bit of a battle for her and the second and third hills proved even tougher and she had trouble keeping a high tempo as she worked her way up. It was only the beauty of the course that could keep her motivated.

She did manage to put in a decent spurt at the end though on the way down to the finish and ultimately got over the line in a time of 1:01:04. That put her in 123rd place out of the 258 who successfully completed the course. She was also 8th in the F40-44 category.

One major plus point for Kirsty though was that her knee was better than she’d expected. She’s been suffering from an injury and has been wearing a knee support recently but she wasn’t in too much pain over the course of the race. That was a good sign. 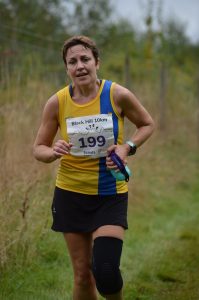 The race was won by Barry Miller of Poole AC who finished in an excellent time of 42:41. He was followed by Luke Dowsett of Littledown Harriers who crossed the line in 43:03 and Sam Davis who registered a time of 43:07.

The first female over the line was Anne-Marie Bayliss who completed the course in 48:37, putting her in 33rd place overall. Then it was Charlotte Halford of Purbeck Runners who finished in 51:06, putting her in 47th overall.

Helen Gilbert of Littledown Harriers was 3rd lady, coming in in a time of 51:41. That put her in 50th place overall. The event also featured a 10k Canicross race for the dog lovers, a 5k and a 3k for the juniors.

It was a pretty tough race for both Simon and Kirsty but if nothing else, it will go down as a great training run for both them and will surely go some way toward boosting their fitness for other races to come. 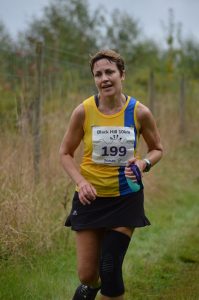 Despite her breathing difficulties, Kirsty didn’t give up and pushed all the way to the end which took great character