Steve Parsons on the way up at Gilly Hilly 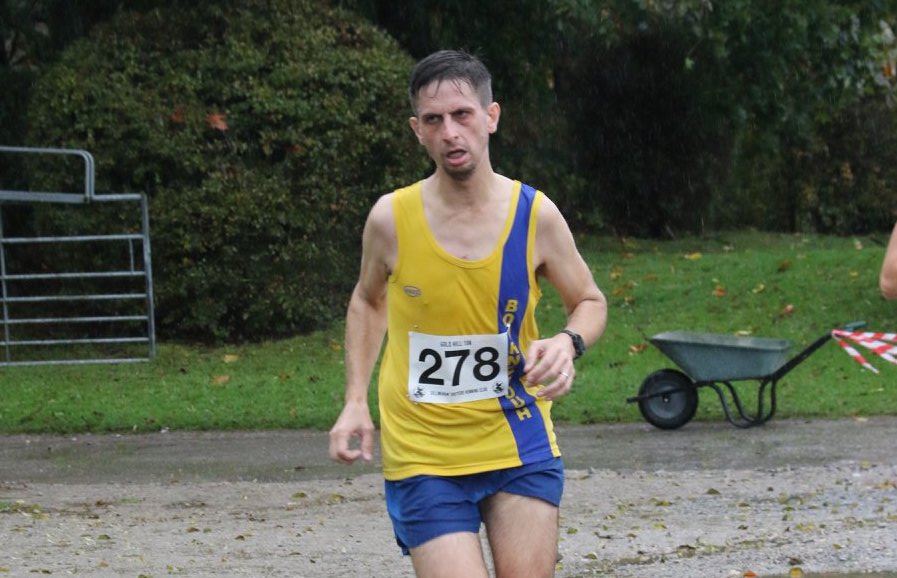 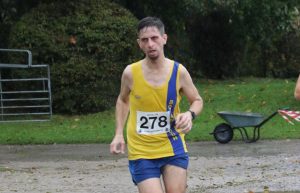 Just as he did last year, Steve Parsons was going for a Gold Hill and Gilly Hilly double and was hoping to see some improvement on his time at Gilly Hilly, just as he had at Gold Hill a few weeks prior

Without the carrot of being a Dorset Road Race League fixture this time round, the field for the Gilly Hilly race was somewhat diminished. That said, there were still some good quality athletes in the mix.

Unlike last year, when Bournemouth AC rolled out the big guns in a bid to secure maximum league points, this time round, it was only Steve Parsons who took to the start line in a yellow and blue vest.

Last year Steve finished in a time of 56:45, taking 80th place in the overall standings. That gave him a target to beat at least, as races carrying a distance of 7.5 miles are quite few and far between.

In fact it was the longest race Steve had ever done when he took the country roads of Gillingham, Dorset, last year. Now he’s up to Half Marathon distance having ran the Solent Half back in September.

There has been a noticeable upturn in Steve’s performances this season and in his last race, the Gold Hill 10k, he saw an improvement of almost two-and-a-half minutes on his 2017 time.

That gave him the belief that he could also go significantly quicker than he did last in the Gilly Hilly race. This time round he found it tougher than he’d remembered though. That may have been partly because last year he was coming back after such a horrific race at Gold Hill that it had made the mildly undulating Gilly Hilly course seem a breeze.

He remembered it was undulating but there were a couple of drags that were somewhat harder than he was expecting. It was a different experience for him on this occasion though since he knew only about 100 people had entered so he was hoping for a decent placing. 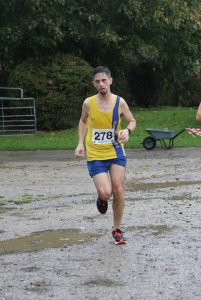 With that in mind, he got himself right up near the front at the start of the race. Knowing that the course was tougher in the first half of the race, he decided to go out reasonably hard and then if he could get to half way, he thought he should be able to push on in the second half.

About ten of the runners went off really quickly but there was a fairly good line of runners following and he was in around 15th place for the first kilometre.

Only having slipped back a couple of places from there by 5k point, he was feeling pretty good at that stage. There was a bit of a climb at the half way point and he started to feel like he was working hard going up that.

A few more people went past him then and he knew for the remainder of the race it would just be a case of hanging on and trying not to lose any more places in the second half.

Finding himself really wanting to push on, his efforts up till that point had taken quite a bit out of him so he just concentrated on trying to maintain the same distance between himself and the runner in front and not allowing the gap to get much bigger.

Knowing there were a few runners behind him but that they were fairly spaced out by that point, he just wanted to keep them there so he got his head down and grafted.

With about a mile-and-a-half to go he arrived at a sharp incline that he’d completely forgotten about. The guy who behind made his move to overtake Steve at that moment.

Making every attempt to dig in and stay with him, with around half a mile to go he pushed on and Steve just couldn’t respond. He’d dropped to about 20 metres behind by the time they got onto the final climb.

Although he was gaining over the last 100 metres, Steve couldn’t quite catch his rival as they reached the line. That little battle had served to keep him motivated though and had given him a good incentive to keep pushing over the latter stages of the race. He was quite pleased about that despite not quite being able to overhaul him.

Unfortunately the weather had not been as nice it was last year and the views were definitely not as spectacular. Steve got pretty wet in the process but he had beaten his time from the previous year by 73 seconds so he was pleased with that.

Posting a time of 55:28, Steve crossed the line in 21st position out of a field of 108 entrants. This was his highest ever placing in a race. He was also proud to be able to say that it was the second year in a row he’d done the Gold Hill and Gilly Hilly double.

He may have got pretty wet in the process but Steve registered his highest ever placing in a race, crossing the line in 21st place, so it was all worthwhile