Stu Glenister doubles up at the Summer Larmer 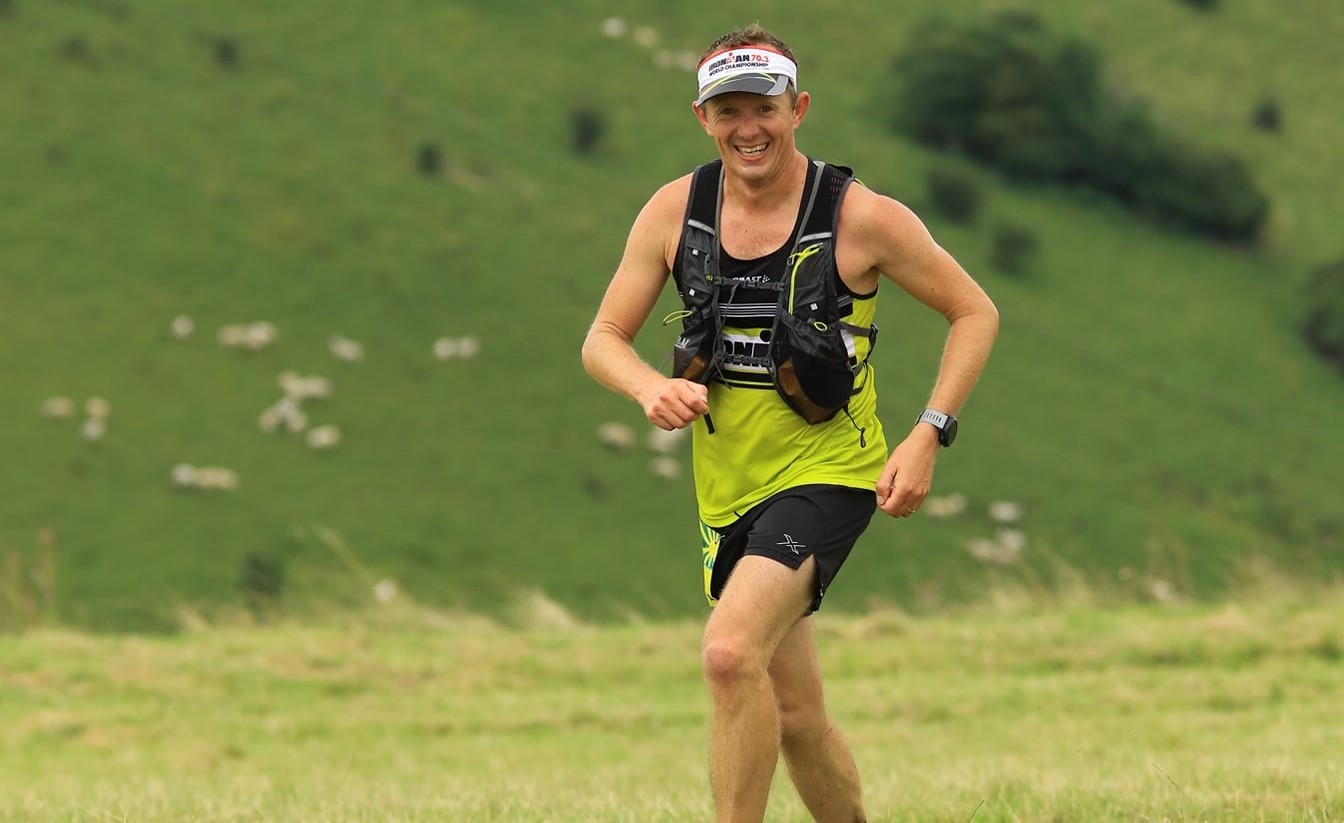 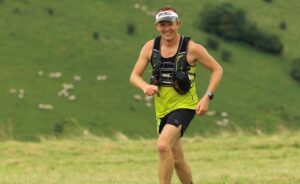 The weekend of the Summer Larmer event saw Stu Glenister in action on both days, taking on the Marathon first and then the 8 Mile race after

What would you want to do the next day after a grueling trail marathon featuring 2,650 ft of elevation? Put your feet up and relax on the couch? Unwind with a couple of cold beers or a glass of your favourite wine perhaps? Maybe even stay in bed all morning and get stuck into a good book.

Well… Bournemouth AC distance runner and ultra supremo Stu Glenister did none of the above. After successfully completing the Summer Larmer Marathon on the Saturday, Stu was back at the Rushmore Estate the next day for a second dose of action Summer Larmer action in the 8 Mile race.

Why would anyone be mad enough to do that you might ask? Is a tough, hilly trail marathon not enough of an exertion for one weekend?

Actually there is an explanation for it and that is that in eight weeks time, Stu will be participating in the Ultra Tour of Arran. That event is a two day, off-road running adventure from Rat Race, where the competitors will rack up 60 miles and some serious elevation over the course of the weekend.

Therefore, it kind of made sense to get some practice in of racing over two days, making the Summer Larmer event the perfect foil for that very purpose. 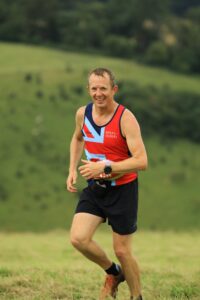 Stu ran the marathon with his buddy Paolo De Luca, who runs for Littledown Harriers. They had remained friends despite all the recent rivalry between the Italians and the British, with Italy having denied England the European Championship victory and also pipping them for gold in the Olympic 4 x 100m relay. 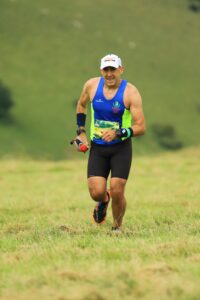 Stu had company in the marathon from Paolo De Luca

The marathon course included a very long hill that started at 8.5 miles and went till the 11 mile point. Then there was another lengthy incline at mile 18 leading to the highest point of the race at 825 ft. The top of that hill was at mile 20.5. 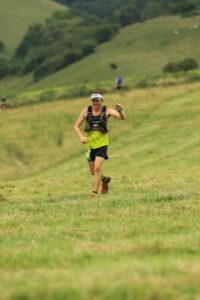 That wasn’t the end of the climbing though and there was another very steep hill to negotiate, which started at mile 22 and finished on mile 23.3. Oh and the last mile was pretty much all uphill as well. 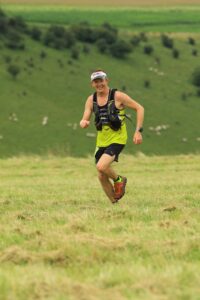 Stu seemed to be enjoying the challenging route

The rest of the route was largely up and down all the way as well. Stu and Paolo ran well though and managed to complete the course in 4 hours 21 minutes and 20 seconds. That was enough to see them finish in 13th and 14th position.

In total there were 135 runners participating in the Summer Larmer Marathon, although five of them failed to finish. 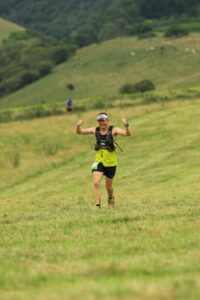 The winner of the race was Sam Jones and he got round in 3 hours 23 minutes and 16 seconds. Then it was Lee Doyle finishing in 3:42:24 and Harry Lewthwaite taking 3rd place in 3 hours 45 minutes exactly. 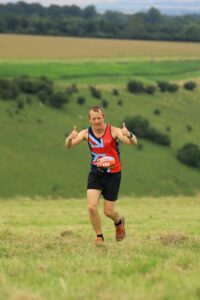 Stu was treating it as a training run so had taken it fairly steady in order to leave him with some energy for the 8 Mile race the next day. And sure enough, when the time came, he was ready to put in other solid display. 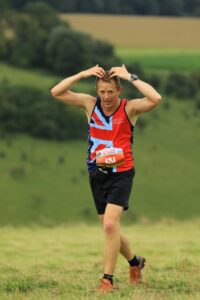 There it is…. The ‘Stubot’ in full swing

It meant another 1 hour and 12 minutes of running on that same tough terrain though so must have taken some character get to the end.

In the 8 Mile race Stu finished in 9th place out of 115 who took part. Considering what he’d done the day before it as a tremendous display of strength and stamina from Stu. His tactic was to steadily up the pace throughout the run and finish strongly. 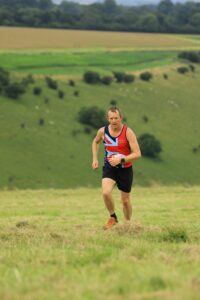 Despite his exploits the previous day, Stu ploughed on well in the 8 Mile race

Lytchett Manor Striders couple Tom Andrews and Dawn Andrews had a terrific day, picking up the men’s and women’s wins in the 8 Mile race.

Tom got to the line in 55 minutes 15 seconds which was way quicker than anyone else. Lee Collier of Dorset Doddlers was 2nd in 1:01:37 and Lewis Mutton, also of Lytchett Manor Striders was 3rd in 1:01:37. 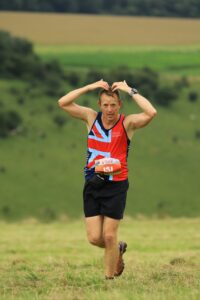 The Summer Larmer 10 Mile race was on the same day as the Marathon and that was won by Peter Newman of Andover in a time of 1:23:57.

The fact that that was the winning time for a 10 Mile race tells you everything about the profile they were up against. Vicky Rutter of Westbourne was 1st female recording a time of 1:31:30 which put her in 6th place overall. There were a 163 taking part in that race. 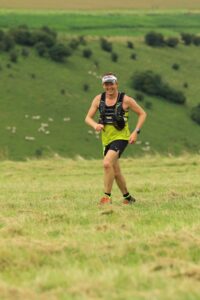 The Half Marathon race was on the same day as the 8 Mile one and Paul Russhard picked up the win in that, clocking a time of 1:33:21 which was enough for a comfortable margin of victory.

Davina McLelland of 9 Endurance Triathlon Club was 1st female in the Half Marathon, finishing in 5th place overall with her time of 1:48:50. There 160 athletes lining up for the Half Marathon race. 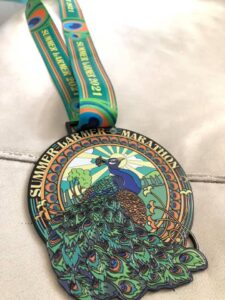 Stu was feeling pretty tired after his weekend’s work but he was quietly contented with what he’d done. What is impressive is how he takes these tough training runs in his stride.

It’s got a lot to do with the way he approaches them as well. He has enough discipline to be able to compete in races but treat them as training runs, keeping in mind what his main goal is at all times. Not everyone can do that as you tend to get swept up in all the excitement of a proper race.

Stu seems to have a pretty good idea of what he needs to do to prepare for the Ultra Tour of Arran though and he certainly seems to possess the motivation to get it done as well which puts him in a pretty good place as far as training goes. 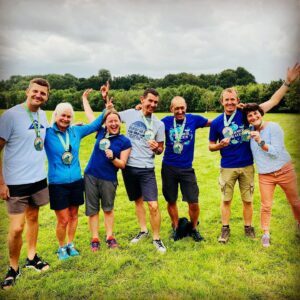 Stu (blue t-shirt on the right) celebrates with his wife Sharon, Paolo and other friends at the Summer Larmer