Stu Nicholas gets round quickly in Squid Circle Run 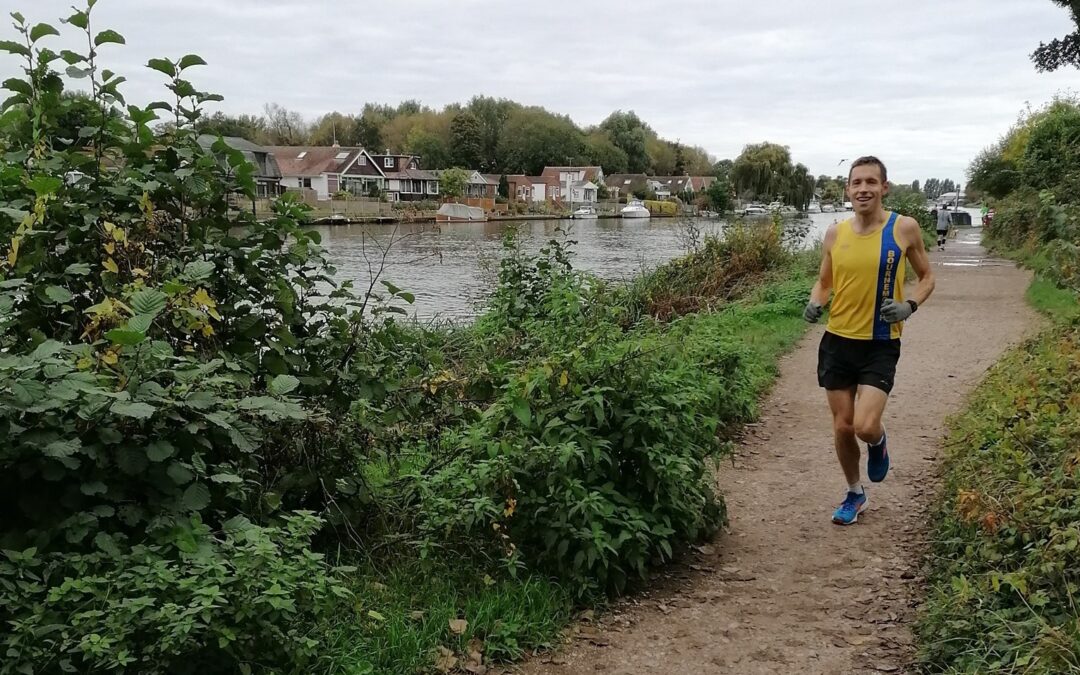 With no trains running from Bournemouth to London, it was always going to be tricky to get to Parliament Hill for the National Cross Country Championships and that was what Stu Nicholas had originally had planned. Due to the logistical difficulties, Stu found himself looking for alternative options and that was when he found the Circle Run.

The Circle Run was an event put on by Phoenix Running which was one of a series of Squid Runs. The competitors could choose between a 5k, a 10k, a a half marathon, a marathon or an ultra. Or they could just complete as many 5.3km laps of the out and back course as they could in the allotted time.

The setting was along the banks of the River Thames so it was an off-road route on mostly riverside towpath. It was a fully flat course so no ups and downs to be concerned about at least. 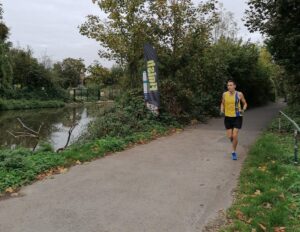 Stu decided to opt for the marathon distance which entailed completing eight out-and-backs. Stu has been competing for the club on all fronts recently, taking part in the Hampshire Cross Country League fixtures as well as getting stuck into the last two Dorset Road Race League fixtures, the Blackmore Vale Half Marathon and the Lytchett 10.

Although he’s pretty useful at any distance on any terrain, it’s in marathons where Stu truly excels. Just before Christmas he was the joint winner of the Portsmouth Coastal Marathon, completing the course in an incredible time of 2:39:46.

That was Stu’s best marathon time to date and a great glimpse into what he is capable of producing. Before that he won a couple of Phoenix Running ‘Medusa’ Marathons, back-to-back, on the same weekend, proving he’s got a tremendous work ethic to complement the ability he possesses.

Could he add another marathon win to his Phoenix Running tally though at the Squid Circle Run? The event organisers have a rock up and run policy which saw Stu starting at 7:40am.

It was jolly cold at that time but Stu soon slipped into a good pace which would have enabled him to warm up a bit. It wasn’t overly muddy but a tree had come down during the storms which resulted in a slight route alteration. 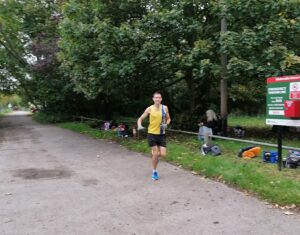 For the first half of the run, Stu was hitting the majority of his miles at between 6:30 and 6:45 pace. He went through the half way point at 1:27 and it was looking good thus for. His aim for the second half of the race was to maintain that pace and nip in for a sub three.

On the 15th mile he started to pick the pace up a bit and was going at closer to 6:30 pace for the next five miles. There was a bit of a crosswind though which started to flare up over the latter stages of the run.

Of course, the beauty of doing out-and-back reps was that whilst it may have been bad when he was going in one direction, once he turned, that problem resolved itself. 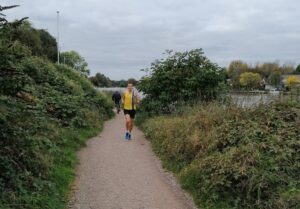 Still managing to hit around 6:40 pace or just under for the last four miles, Stu cruised in to record an excellent time of 2:54:22. That was way quicker than anyone else could manage on the day. In fact, his nearest rival, Harpreet Virk crossed the line in 3 hours 34 minutes so it was an extremely comfortable winning margin for Stu.

The time for the first half of his run would have been easily good enough see him win the half marathon race as well so that gives a good indication of Stu’s supremacy in comparison to all the other runners at the event. The half marathon race was won by Dee Evans in a time of 1:46:45.

With an average pace for the run of 6:37, it had been a good solid effort from Stu but from his perspective, it was a steady one as opposed to an all-out blaster. Nevertheless, it was good time on the feet for Stu and enabled him to tick off his 67th marathon with no qualms. 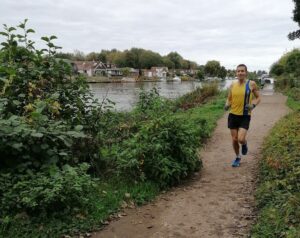