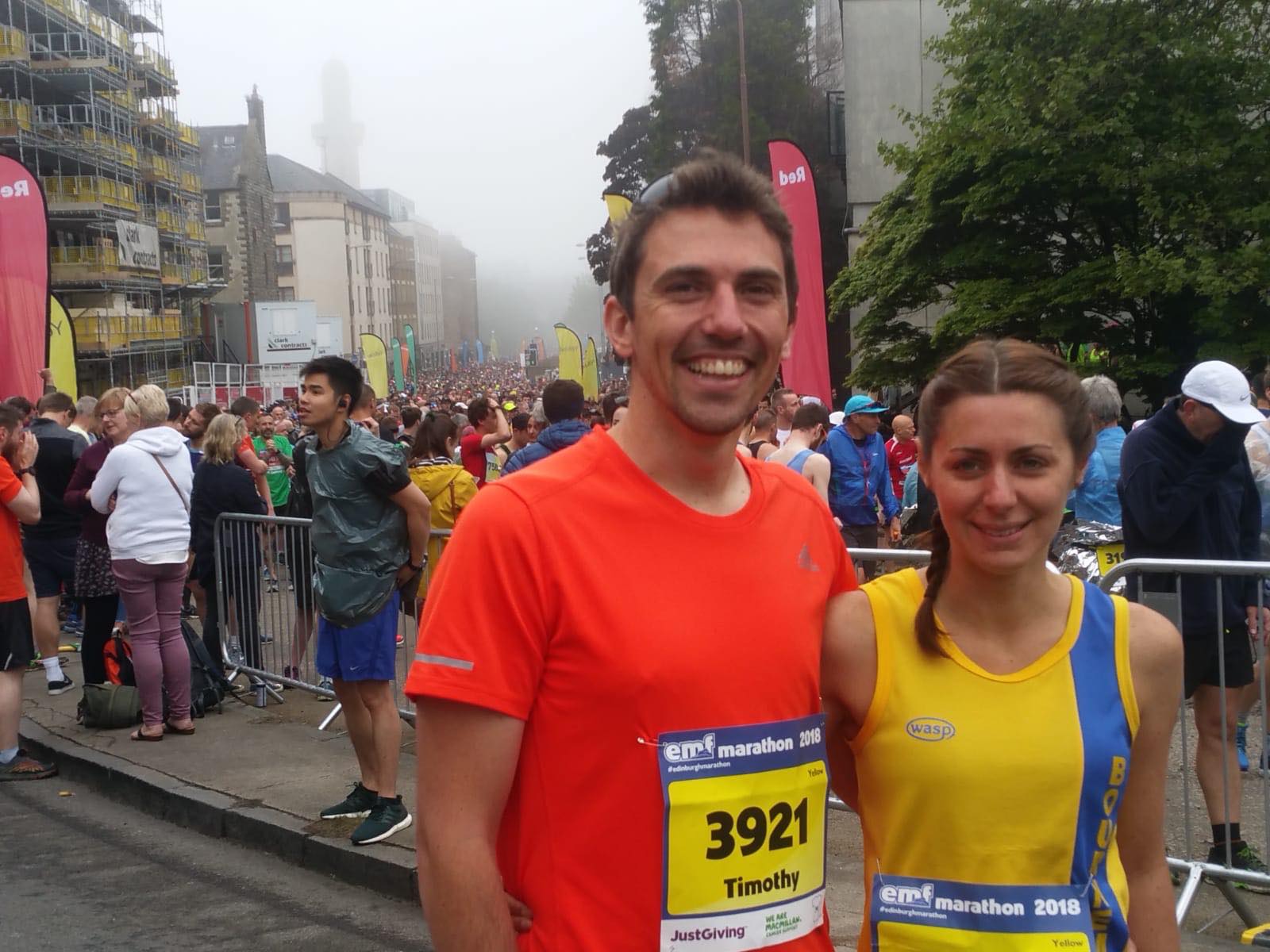 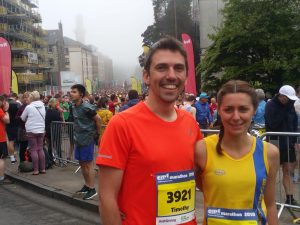 With the recent spell of sweltering heat making for uncomfortable running conditions at the London and North Dorset Village Marathons, at least Tamzin Petersen knew that the chances are she wouldn’t have to worry about that as she made her way up to Scotland for the Edinburgh Marathon.

The weather is notoriously cooler north of the border, which can be a curse but when you have 26.2 miles to run, it’s generally a blessing. Tamzin’s main worry was the injury that she’d picked up in the weeks leading up to the race.

A swollen tendon had effectively put her out of action for three weeks, forcing her to take to start line having had barely even one run to her name during that period.

The only time she had been able to get out an put it to the test was at Portobello parkrun the day before, which she fortunately managed to make it through unscathed.

It was far from the ideal preparation, as she should have been using those three weeks to gradually wind the mileage down whilst maintaining the sharpness and strength she’d accrued from the previous 9 weeks worth of training.

The Edinburgh Marathon is a huge race though and she didn’t want to miss out on the experience. She felt she had to at least give it a go. In fact, the Edinburgh Marathon Festival weekend is a massive draw and also features a 5k, a 10k and a half marathon as well as the full marathon, along with several junior races.

The route starts on Pottorow, in the grounds of one of the oldest universities in the world, which is slap-bang in the centre of the city. It takes the runners past Greyfriars Bobby and the National Museum of Scotland before heading over to the High Street and down The Mound.

It then works its way past the Scottish National Gallery and into Princes Street Gardens, where the iconic Edinburgh Castle can be seen in the background.

It then passes the Scott Monument before meandering down the Royal Mile and past the Scottish Parliament building. It then heads east towards the coast before passing the oldest golf course in the world, dating back to 1672.

Heading further east, it then takes in the sights of Gosford House before winding back onto the coast where the finish line lies in wait. With a descent of almost 90 metres to near sea level, it is believed that Edinburgh is the fastest marathon course in the world.

For Tamzin though, off the back of her injury woes, her goals had shifted from the original plan, which was to get a sub 4 hour time, to just hoping to complete it. Having not run for three weeks prior, that in itself was going to be enough of a challenge.

Tamzin was intending to run the race with her partner Tim and the pair set off together, going at a fairly conservative pace to begin with. With her training schedule having gone awry, Tamzin knew she had to take a sensible approach if she was going to make it to the end.

Reaching the 10k point in 56 minutes, all was going smoothly up until the 9th mile. She’d managed to keep to a pretty even pace of just under 9 minutes per mile. Then, nature called, causing Tamzin to have to make a brief pit-stop. Once she got going again, she found that her IT band was starting to hurt a bit.

Putting it to the back of her mind, she soldiered on, reaching the half way mark in 1 hour 59 minutes. This was almost the perfect pace required to hit her original target of under 4 hours.

She managed to maintain the pace for the next 5 miles but by the time she reached 17 mile point, everything was beginning to hurt. At that point she had to stop and she then realised she wasn’t going to hit her original sub 4 hour target.

At this point she told Tim to go on without her, as she knew the last 9 miles were going to be a struggle. The lack of training over the past 3 weeks had finally caught up with her.

Tim carried on and raced to the finish in a time of 3:48. For Tamzin, it became a bit of a slog, as she was forced to run/walk the rest of the way.

Funnily enough, she bumped into Rob Framptom from Poole Runners and he had also stopped to walk. They were then able to encourage each other and obtain the motivation required to make it to the line.

With about a mile to go the sun had finally come out, after a persistent mist had descended over the city for pretty much the entirety of the race, making for somewhat chilly conditions.

Finishing in 3,791st place, Tamzin’s official finishing time was 4 hours 14 minutes and 37 seconds. It wasn’t really a bad result considering the preparation she’d had and she was relatively pleased with her run, all things considered.

Unfortunately, that wasn’t the end of her exertion for the day, as the finish was located 9 miles from the start, meaning she had a half an hour walk to get to the bus stop and an hour bus journey back to the start area. That meant it was a while before she was finally able to get back to her hotel and into the washroom to freshen up.

It had been a good experience for Tamzin and its certainly one she can look back on and be proud of. It’s always difficult when an injury crops up in the lead up to a target race, especially when that target race happens to be a marathon. Tamzin summed it up well by saying in truth, she was happy just to start the race, let alone finish it!

Finishing in a time of 4:14:37 , Tamzin showed great character to put her injury woes to one side and conquer the Edinburgh Marathon