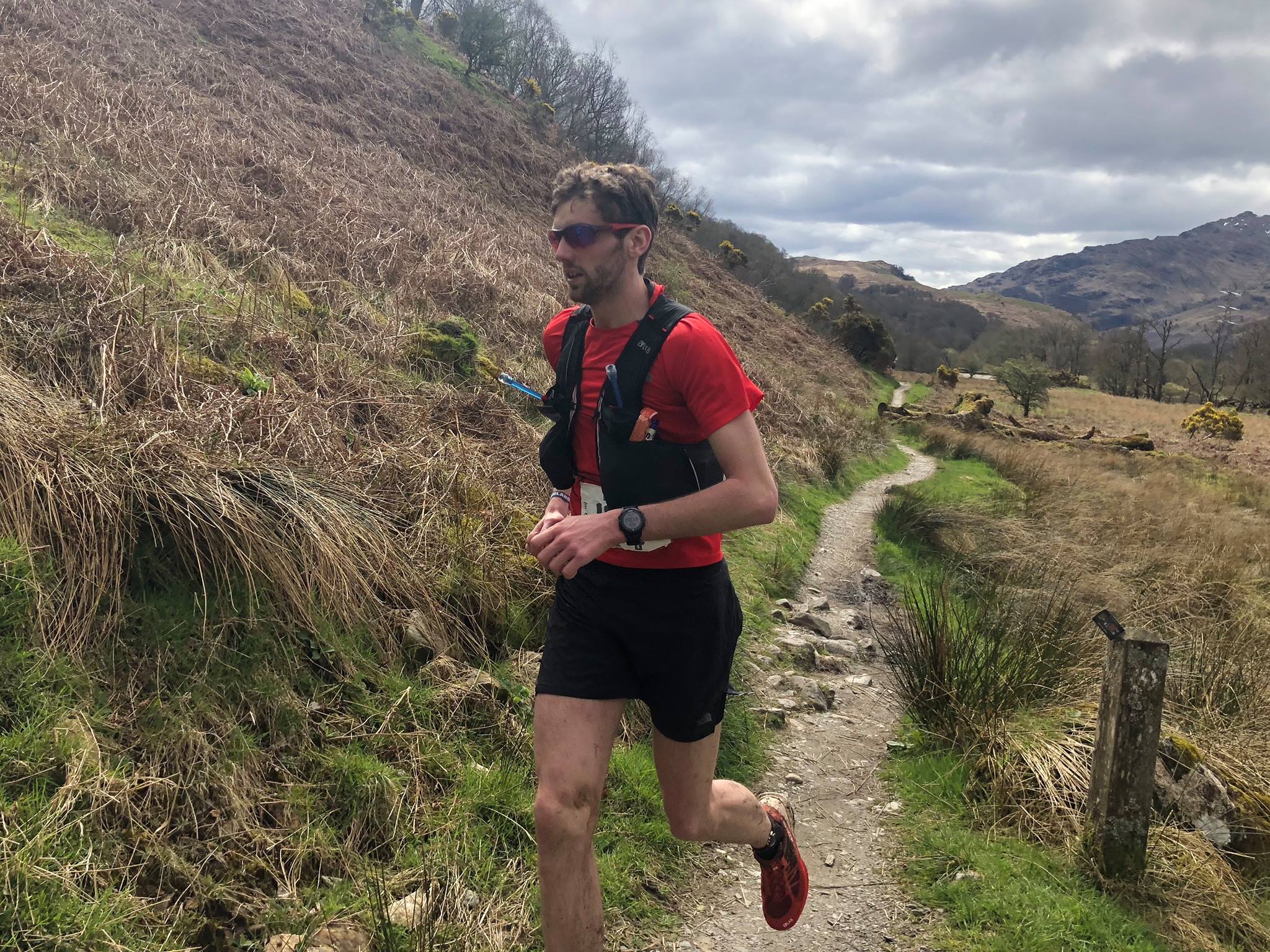 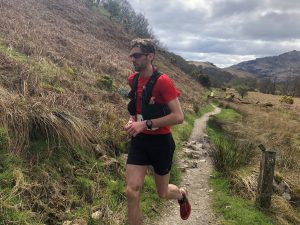 Two Bournemouth AC bravehearts in the shape of Toby Chapman and Gemma Bragg took themselves up to bonnie Scotland to try their luck in the 53-mile Ultra Trail Marathon they call the Highland Fling.

And if 53 miles of trail doesn’t sound tough enough, if you throw 7,500 ft of elevation into the mix you then start to get a true reflection of the enormity of the task Toby and Gemma were faced with.

Toby likes a challenge though and has a tendency to pick races that will push him to the brink and force him to dig as deep as he possibly can to have any chance of completion. And even then, despite the months of hard training and heavy mileage to get himself into peak condition, there are no guarantees it’s going to come together on the day.

Last year Toby tested himself to the extreme in the monstrous Mont-Blanc Marathon, an 82km mountain ultra with 6,000 metres of vertical. After over 9 hours out on route and having gone 47 km in, Toby finally had to abandon the race. He’d been suffering with altitude sickness for four hours and nothing he tried seemed to cure it.

That didn’t deter him from hitting the mountains again though and for his next challenge, Toby took to the Spanish Pyrenees for the Ultra Pirineu, a 110km ultra with 6,800 metres of elevation gain. This time Toby made it all the way to the 96km point when frustratingly, he could go no further, suffering from severe dehydration. 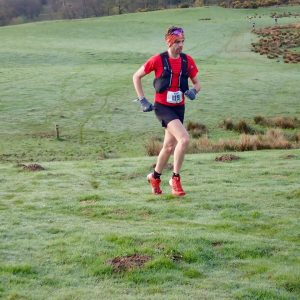 After being unsuccessful in his two previous ultra attempts, Toby was determined to set the record straight at the Highland Fling

Whilst it was gutting for Toby to get to within 14km of the finish and not be able to see it through, rather than letting him get him down, it fuelled the fire in him to take on and conquer more tough challenges in his future endeavours. Hence it was now time for him to test his metal again in the Highland Fling.

As for Gemma, she’s taken on a massive challenge of her own last year when she became a first-time mother. That meant taking virtually the whole year out from running whilst she was either pregnant or looking after her new-born son.

This year she’s been back in action and after running the Blackmore Vale Half Marathon in February where she finished as 3rd lady and the New Forest Running Festival 20 miler where she finished as 2nd lady in extreme snowy conditions, she had quickly been able to re-establish her competitive edge. 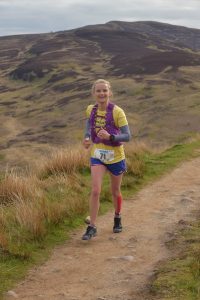 The Highland Fling would be her first ultra though since becoming a mother so it was always going to be a huge challenge for her but one she was certainly capable of rising to.

Unfortunately, she’d been suffering with a leg injury in the lead up to the race though and hadn’t actually ran for three weeks. She has since received a diagnosis from a physio and it turns out she has a lateral tibial plateau stress fracture to the left knee. 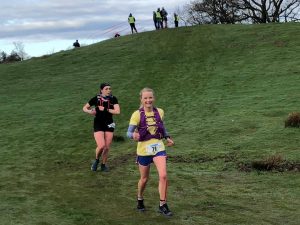 Although she’s been suffering with a knee injury, Gemma was determined to give it a go

Gemma believes it may be an injury that occurred through overuse as it seemed to surface after she’d completed her final long run before the race – a 34 miler. Since then she’s been hardly able to put any weight on it. This was far from the ideal preparation and dampened her expectations somewhat but nevertheless, she felt she had to at least give it a go.

Despite the debilitating injury, Gemma still somehow managed to do 19 miles before eventually throwing the towel in. The fact she was able to do that much whilst in pain every time she put any weight on the injured leg is a testament to her character and competitive desire. 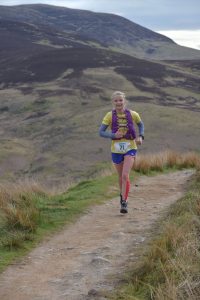 For the rest of her holiday, she could only really look up at the hills as she couldn’t even walk, so she wasn’t able to do much more exploring of the area, as she and her husband Jez, who also runs for BAC of course, had planned.

She still appreciated the stunning backdrop that the route provided and has vowed to be back to do it justice another time. 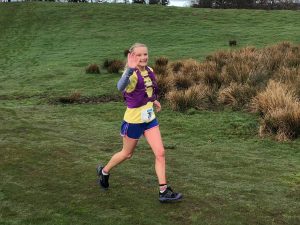 As for Toby though, he had no such issues. He knew he was in form leading up to the race after taking victory in the Taunton Marathon two weeks prior in a superb time of 2 hours 41 minutes. 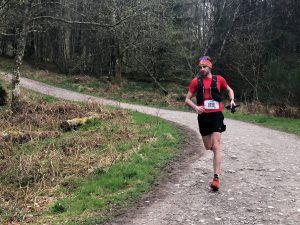 The first part of the race was relatively flat and Toby took full advantage of that, reaching the marathon point, which was effectively half way, in 3 hours 21 minutes. Then it became a bit more technical when running by the Loch which slowed his speed down somewhat.

He had to hike the last few hills as his pace fell away a bit. It didn’t matter though because he’d made it to the end. He’d conquered his first 50 miler and it pretty damn good. And not only had he completed the course, he’d also aced it, finishing in a time of 7 hours 57 minutes and 50 seconds. 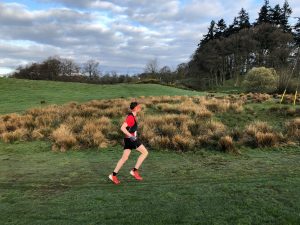 Toby did tremendously well to finish in a stellar time of 7:57:50 to take 5th place in the standings

That elevated Toby to the lofty heights of 5th position overall, a quite marvellous achievement when you consider that 673 people made it to the finish. It demonstrated well the strength of Toby’s running at the present time and also what a lot of potential he has to grow and improve even further.

It also means that Toby can lay to rest the ghosts those previous two attempts last year. He’s done it now. He’s finished a 50-mile race and that speaks volumes about his character, his grit and his iron will. 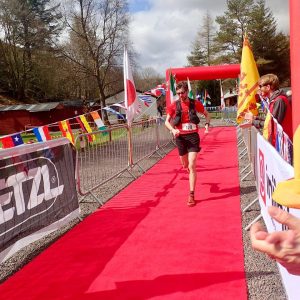 Emerging triumphant after completing the tough, hilly 53 mile trail route, Toby was pleased to complete a 50 mile race for the first time