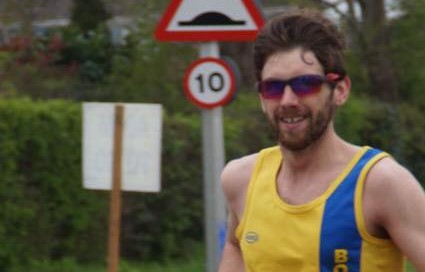 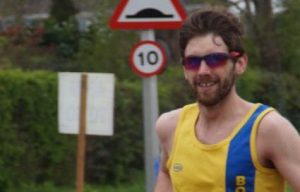 In his last long run before heading up for the Highland Fling, the brutal 53-mile trail race he did last year, Toby Chapman was at the Taunton Marathon looking to secure back-to-back victories.

Last year he snatched the win by overtaking Robert Farley of Bitton Road Runners in the last 10k of the race. Could he emulate that success this time round though? That was the question.

It was in the midst of a big week of training for Toby though so he was running it on tired legs. He established quite early on that he wasn’t on for anything spectacular so from that point it was just a case of making the legs last the distance.

For the first four miles he was going at around 5:50 pace. After that he dropped to around 6 minutes per mile for the next six miles or so. For the remainder of the race, he managed to keep the pace fairly constant at between 6 and 6:10 minutes per mile.

For the first 15 miles of the race Toby had company from his old adversary Robert Farley and the pair were out in front together, neck-and-neck all the way. 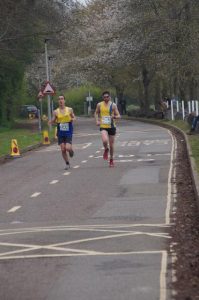 The pair had built up a significant advantage over the rest of the field and by that point, no one else was in sight. After that though, Toby began to stretch out and accelerate away from Robert. From then onwards, it was all academic.

Increasing his advantage as the race progressed, by the time he got to the line, Toby had built up a lead of over four minutes on Robert, who was still in second. 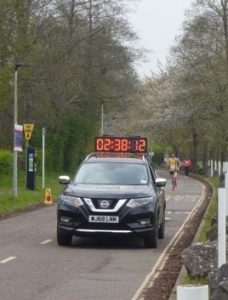 Edging closer to finish, it soon became apparent that Toby was going to beat his time from last year

Registering a time of 2:39:51, Toby won the race fairly comfortably and was pleased to record a time that was 1 minute and 19 seconds quicker than what he did last year.

With an average pace of 6:05 per mile, it was a very impressive run from Toby , especially as he was carrying some fatigue, and he felt pretty good throughout the race.

These were encouraging signs for Toby with the Highland Fling just around the corner and he’s very much looking forward to the event. His approach will be to be patient and to stay consistent and he’s hoping he’ll be able to go a reasonable amount quicker than last year.

In his previous attempt he managed a top five finish, completing the course in a time of 7:57:50, so it will be interesting to see if he can improve on that this time round and where that might take him if he does. 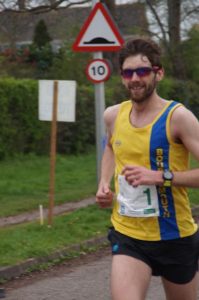 It was a terrific result for Toby, sealing the win by over four minutes on his closest competition