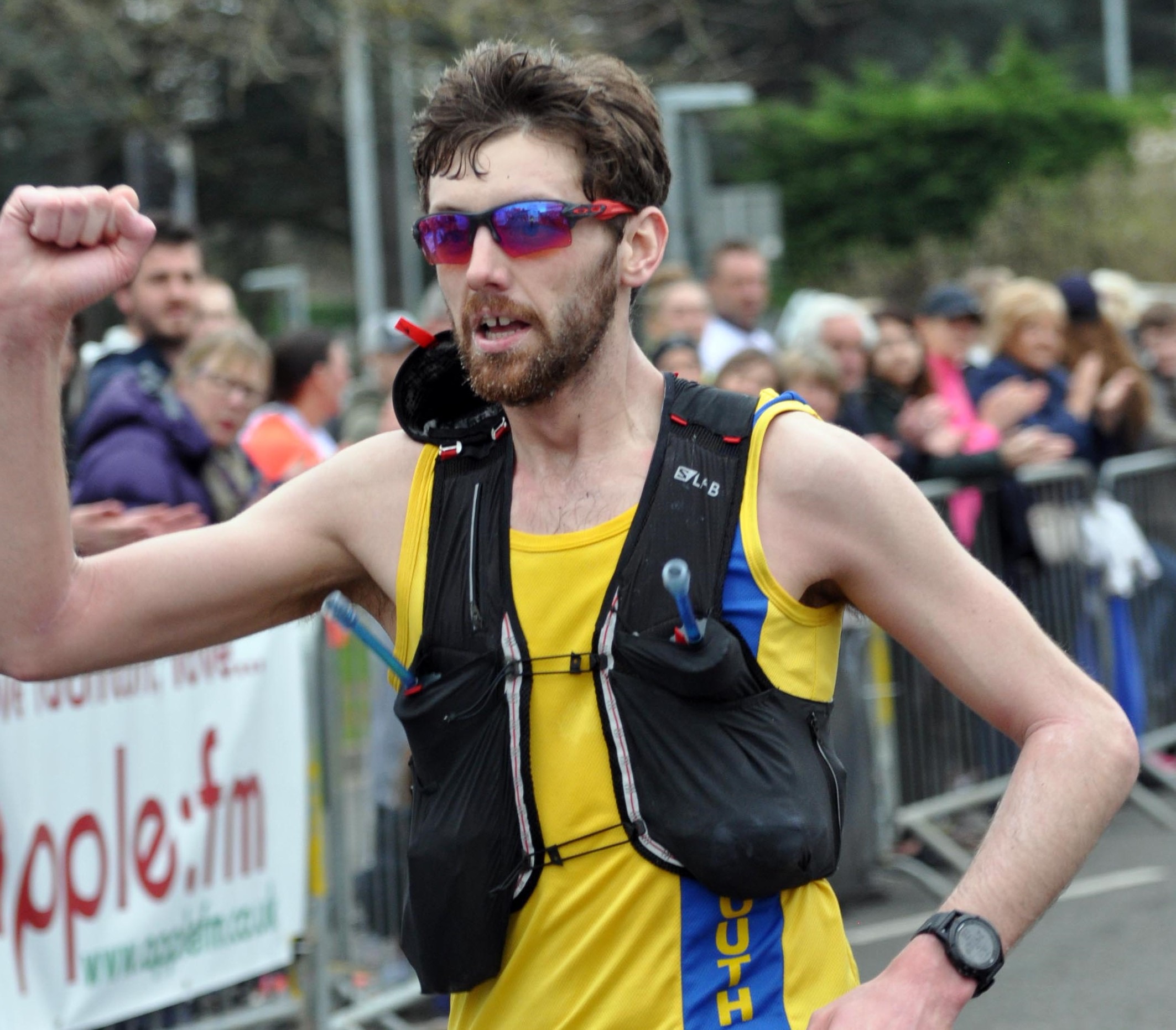 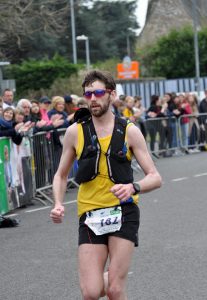 With the race being staged in his home town, Toby Chapman couldn’t resist another tilt at the Taunton Marathon. Last year, Toby took 6th place in a time of 2:48:11, so he could use that as a benchmark to see where he’s at as he enters a very crucial stage in his training.

In just over two weeks time Toby will be up in bonny Scotland competing in the Highland Fling Ultramarathon. Whilst the race doesn’t involve throwing any logs around, it does consist of 53 miles of trail along the West Highland Way through Loch Lomand and The Trossach’s National Park. It also features 7,500 ft of elevation so will represent a true test of stamina, strength and desire.

Hoping that a good run out in the Taunton Marathon would set him up nicely for his main target race, Toby was looking for a strong performance.

The Taunton Marathon course was predominantly flat but featured two massive hills. One on the 5th mile and the other on the 19th mile.

With the blistering pace Toby set off at, it was only Robert Farley of Bitton Road Runners who was able to keep up with him. For the first 10 miles of the race, the pair stayed together.

After that though, Robert got into the lead and managed to build up a small gap. That remained the case until around the 20th mile, when Toby was able to reel him back in.

Feeling strong at that point, Toby went straight past and went for the win. The question now was, would his body hold out for the remainder of the race? And the answer was yes, it most certainly would. 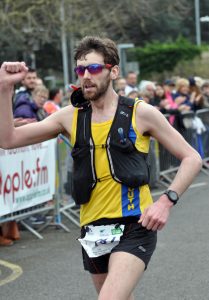 All those miles of hard training are really paying off for Toby and he was able to finish strongly to record a fantastic victory, crossing the line in a tremendous time of 2 hours 41 minutes and 10 seconds.

Coming in just under a minute behind, Robert took the runners up spot in a time of 2:42:07. The third placed runner was almost 6 minutes behind, so it had been very much a two horse race. 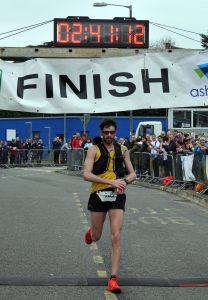 Crossing the line in 1st place, Toby finished 7 minutes quicker than he did last year, underlining the progress he’s been making this year

Toby was really pleased to get the win and was even more pleased with how good his body felt in the process. This was indeed a promising sign for the big race ahead.

Winning the Blackmore Vale Half Marathon in February and taking 2nd place in the Two Bays Tough Ten Challenge, Toby has had a very good year thus far. He’ll be hoping that continues as he embarks on his toughest challenge of the year so far when the Highland Fling comes round. 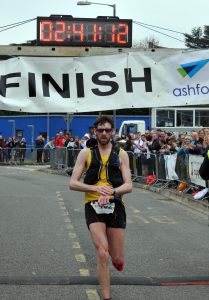 Toby was extremely pleased with his winning time of 2:41:10