Toby Chapman troops all the way in Lavaredo Ultra Trail 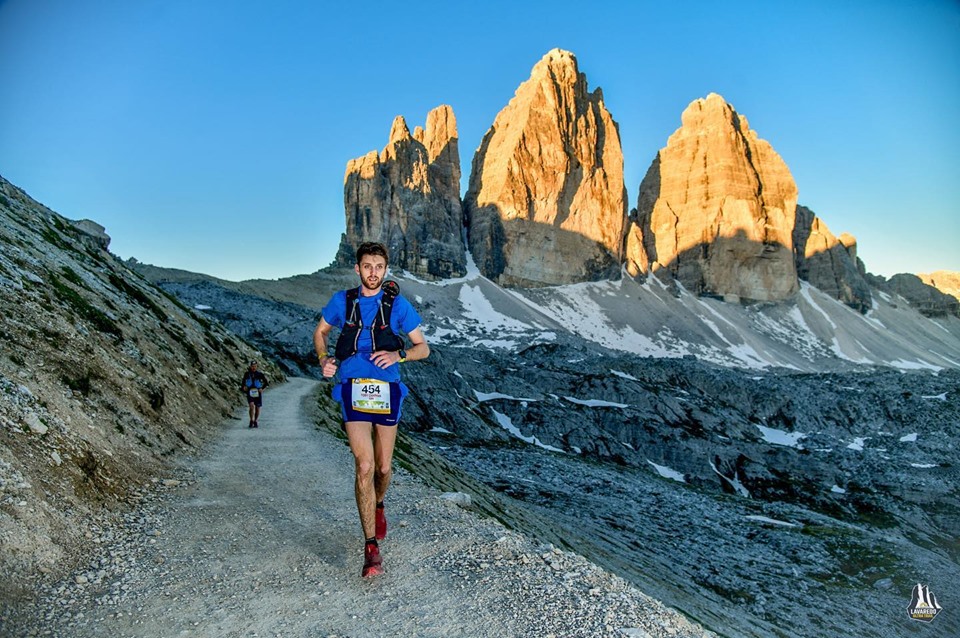 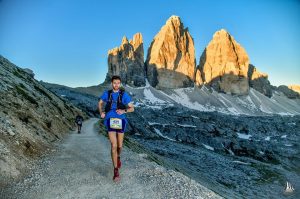 It was a rocky road ahead for Toby Chapman as he braced himself for the 120km Lavaredo Ultra Trail, incorporating 5,800m of ascent

To say he had a daunting task ahead of him would have to be one of the understatements of the century as Toby Chapman geared up for his toughest challenge yet in the shape the Lavaredo Ultra Trail.

And as if that wasn’t difficult enough, the race began at 11pm, meaning the first part of it would be conducted over night, leading through to the following day and potentially even the next night.

You’d have to be crazy to go for that option, right? Well, you can certainly put Toby Chapman in that category because that’s the race he went for.

The setting for the Lavaredo Ultra Trail might go some way to explaining why Toby and so many others wanted to go there and put themselves through such a challenging ordeal.

The beautiful mountain town of Cortina in the heart of the Dolomites in Italy is really quite something to behold. It’s steep climbs and spectacular backdrop make it one of the most alluring places to go and visit.

To be fair though, Toby wasn’t there for the scenery. He was there to compete and had certainly put the hard graft in training to get himself into the best possible shape for the task ahead.

Winning the Taunton Marathon in a time that was over a minute quicker than he posted last year and taking 3rd place in the Highland Fling, going 25 minutes quicker than he did last year, Toby had had a pretty successful year thus far.

A good run in the Lavaredo Ultra Trail would give him an even greater sense of achievement. It wasn’t going to be easy though. He knew he had a hell of a journey ahead of him. 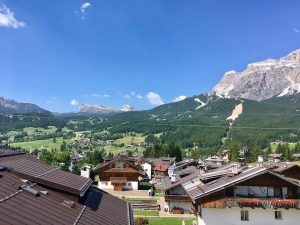 Last year Toby completed the Mont Blanc 90k race which featured 6,220m of vertical and he’d also taken part in the 110km Ultra Pirineu, which included 6,800m of elevation, so he has had experience in high profile mountain events. Starting off at night time though made the Lavaredo something of a different experience and potentially an even tougher prospect.

As the race started, it was straight into the climbing and by the time he’d completed the first five miles he’d already gone up around 2,000ft. That was the nature of the race though and Toby knew he’d have to cope with tougher sections than that as he progressed.

A steep descent followed over the next few miles before he was soon on his way back up again, embarking upon a climb that would take him up a further 2,500ft.

The first checkpoint came 17.9km in and Toby had been running for 1 hour 53 minutes. He was currently in 90th place and had already reached an elevation gain of 821m.

He’d gone over the top of the climb and started to head back down by the time he reached the second checkpoint at Passo Tre Croci. That was 27.9km in and after 3 hours and 3 minutes of running Toby had moved up to 69th place and reached an elevation gain of 1,491m.

Then it was down to Valbona, 34.1km in, with Toby now sitting in 65th place, arriving in a time of 3 hours 39 minutes. So far so good for Toby and he was around about where he wanted to be at that stage.

Another climb followed and Toby was in his element, arriving at Misurina, 42.6km in, in 59th place. He’d now been running for 4 hours 52 minutes and reached an elevation gain of 2,116m.

By the time Toby arrived at the next checkpoint of Rifugio Auronzo, 49.4km in, he had slipped back down to 75th place. He’d begun to struggle a bit going up that ascent and was feeling unwell.

He’d been going for 6 hours 10 minutes and had amassed an elevation gain of 2,719m by this point. It was beginning to take its toll though on Toby.

Luckily, once he reached to top of that mountain, there was a long descent and he was able to gather himself and get into a rhythm. At the next checkpoint, he’d gone back up to 70th place, with 8 hours 19 minutes of running behind him.

He was now 67.1km into the race, so over half way through, which must have been a mental boost. He’d now reached an elevation gain of 3,000m. He was still feeling sick though and that wasn’t a good sign.

Another up-and-over followed, taking Toby to the next checkpoint of Malga Ra Stua, which was 76.6km in. He’d now gone back down to 76th place, arriving in a time of 9 hours 47 minutes. His elevation gain now stood at 3,520m.

It was then a descent down to Pian de Loa, which was 81km in, with Toby losing a further four places to put him in 80th position. He’d now been running for 10 hours 26 minutes. There was still a lot of running to go though. 39 kilometres of it to be precise.

Another long ascent followed for Toby and he did his best to bludgeon his way up it, reaching the next checkpoint at Malga Travenanzes in 12 hours and 4 minutes. That put him in 90th place, which was exactly where he was at the first checkpoint of Ospitale.

He was now 89.8km into the race and had reached an elevation gain of 4,300m. The sickness was really hitting him hard though and over the next 7km he lost a further 29 places, falling back to 119th in the standings.

It was becoming a real struggle for Toby but two things he did have in his locker were stubbornness and determination. He was going to see it through to the end, no matter what.

Amazingly he started to pick up a bit after that and moved up to 110th place by the time he reached Rifugio Averau, which was 100.9km in. He’d now been running for almost 15 hours and had reached an elevation gain of 5,222m.

He’d gained another place by the time he reached Passo Giau, 104.3km in and after 15 hours 39 minutes of racing things were starting to look on the up.

All he needed to do was find the energy for a strong descent down to Arrivo where the finish of the race awaited and with just 12km left, he was nearing the end of his epic journey.

Reaching the penultimate checkpoint of Lago D’Ajal at 117.3km in a time of 17 hours 52 minutes, Toby was almost there. The end was in touching distance. He was now in 117th place and just needed to get his head down and dig deep for the remaining 3km.

As he crossed the finish line, the feeling for Toby was one of relief, first and foremost, since he’d been feeling sick for the last 12-and-a-half hours. But it was also a sense of achievement as well, as despite the troubles he’d had, he’d managed to see it through – and that was something to be proud of in itself.

It truly was a remarkable performance from Toby and, although the sickness had prevented him from finishing as high up the field as he perhaps otherwise would have, it just represented another hurdle for Toby to get over and he managed it well given the circumstances.

A total of 1,302 people managed to complete the course before the 30 hour cut-off point was reached, which shows how well Toby did despite the issues he suffered with.

Toby puts the sickness down to needing to take some proper food on board earlier in the run. That was his downfall on this occasion but it’s always a learning experience when you try to push yourself to the next level and Toby now knows what to do differently next time.

It was still a tremendous experience for Toby and certainly one that will live long in the memory. One of the highlights for Toby was seeing the Tre Cime di Lavaredo, an iconic rock formation of the Dolomites.

Toby has vowed to return one day to be reunited with the famous rock formation and have another crack at the Lavaredo, using his experiences this time to improve his fuelling strategy

After the race Toby took a nice relaxing holiday in the Lakes. Or it was going to be a relaxing holiday until he noticed that the Skiddaw Fell Race was on. Well, he was in the area so he thought it would be rude not to.

The race was basically 9.6 miles up to the summit of Skiddaw from Kewsick Football Club and back down again. The route incorporated 2,825ft of climbing though, with over 1,000ft of that being covered in the third mile alone.

It was certainly a short and sharp one, with some pretty extreme inclines. Toby was up against some pretty hardcore opposition as well but still managed to take 17th place, completing the course in a time of 1 hour 22 minutes and 38 seconds. That was out of a 111-strong field.

After all that running and climbing, hopefully Toby is now taking a well earned rest and allowing himself some time to recharge the batteries and recuperate. No doubt whilst he’s doing that though, he’ll be plotting his next monumental challenge if he hasn’t already done so.