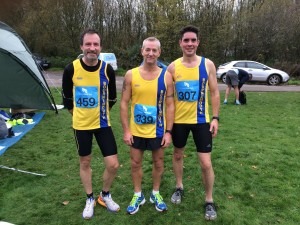 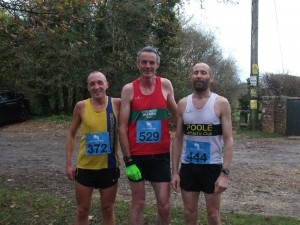 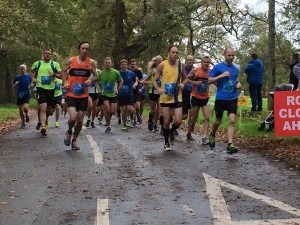 Meanwhile, down the coast, Rob McTaggart ran superbly to finish 7th of approximately 2700 finishers in the Brighton 10k, in a time of 33.08.  Hopefully, Rob was wearing his club vest!  At the same time, also down the coast, but not so far away, Sanjai Sharma was an excellent 82nd, and 2nd M50-54, of a total of 1576 finishers in the Gosport Half Marathon, in a time of 1.24.49.  Sanjai was spotted in the race, and it can be confirmed he was wearing his club vest!

The day before, Saturday 14 November was an active one for BAC athletes. 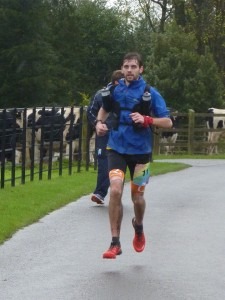 Toby Chapman is developing a habit of entering races and winning them, and this was the case with the Gordano Round Trail Marathon, which Toby won in 3.44.10, over two minutes ahead of the next finisher.  This is an off-road marathon, with the course described as trail, grass, coastal path and bare rock.  The race information warns that it is “likely to be wet and muddy”, which must have been the case after all the rain we’ve been having.  Toby‘s prize must have been very welcome, and was certainly earned! 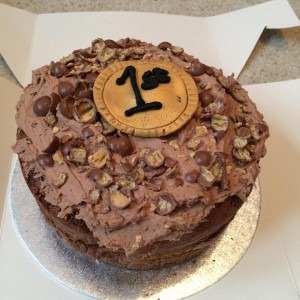 Meanwhile, on 14 November, of the 241 completing the Bournemouth Parkrun, BAC were represented by Paul Hill, Steve Cox, Rob McTaggart, warming up for his race the next day, Jud Kirk,  Ian Graham,  Damian Boyle (for some reason running 9 minutes over his PB?) and Will Price, running for the first time since July having sustained an injury.  At the same time, Dave Parsons was celebrating his 66th birthday by running in the Lee-on-the-Solent Parkrun.  The week before, 7 November, Chris O’Brien ran in the inaugural Moors Valley Parkrun, which attracted a field of 404, of which Chris was 12th.  In the Bournemouth Parkrun the same day, Emma Dews finished 5th overall, and 1st lady.  Emma was joined by Paul Consani, Joseph Henwood, Jud Kirk and Joe Price. 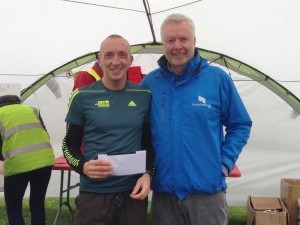 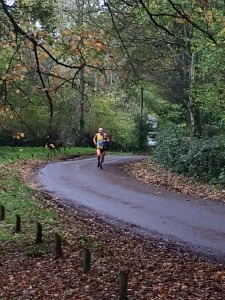 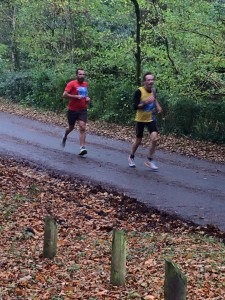 Wimborne 10 – not far to go for Adrian Townsend 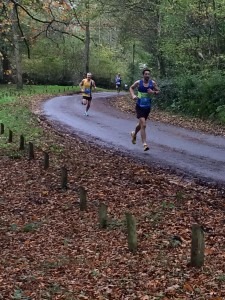