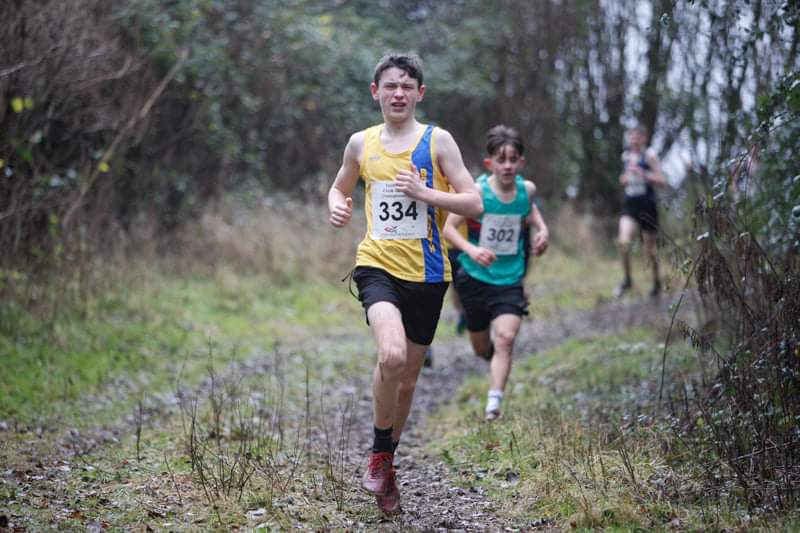 Twenty two hardy BAC athletes with ages ranging from under 13 to over 70 braved the rain and the mud to compete in the South West Regional Championships at RNAS Merryfield (also known as HMS Heron) near Taunton on Sunday 2 January – a memorable start to the New Year. The event also took in the Dorset County Cross Country Championship and the third and final fixture of this season’s Wessex Cross Country League.

Many of the athletes were visiting this venue for the first time.  What they found was a bleak airfield at the top of a hill, with no shelter from the wind or the rain, and although this is an active military base there was only one building, totally unoccupied at the time of the race, and no sign whatsoever of any military activity.  The course took the competitors through some woods to the side of the runway, consisting of three loops with, at the lower end of each loop, thick gloopy mud which threatened to remove a shoe at any time.  For some of the age categories the course was shorter than usual, with the senior and veteran men running just over 4 miles, but, despite that, probably at the finish line many of the athletes had had enough!  The gloomy weather added to the true cross country atmosphere, with many of the races being run under rain or drizzle, although the sun did emerge briefly at the end. 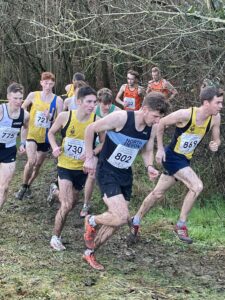 There were some very good BAC performances and mentioning a few of them is not in any way to take away from the achievement of every single BAC athlete who made the long journey to take part. However some are worth a special mention.  In the U13 races Isabel Cherrett was an amazing 5th in a field of 64, and, for the boys, Harry Butcher was way up the field, finishing 10th of 70.  Hugo Richardson was the 19th finisher of 70 U15 boys and in the U17 womens’ race Neve East was 20th of 48. 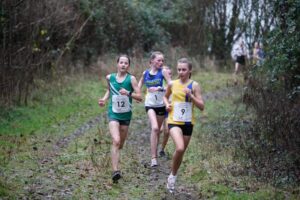 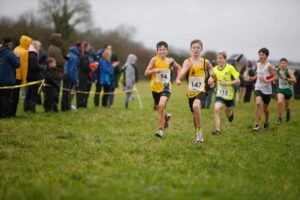 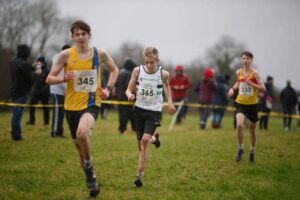 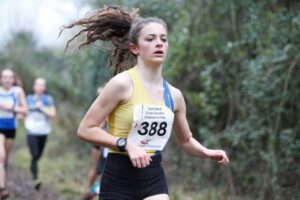 Oliver James once again showed his strength and form.  The U20 men ran in the same race as the senior and veteran men (and count for the senior as well as the U20 men in the Wessex Cross Country League but not, it seems, in the Regional Competition), so Oliver ran in a field of over 170, and finished an excellent 20th overall, and was the 6th of 42 U20 men. Josh Cole also had an excellent run, finishing 21st, just 4 seconds behind Oliver.  There was only one age category with sufficient BAC athletes to constitute a BAC team, so well done to our S/VW, Tamzin Petersen, Kirsty Drewett, Louise Price and Jayne Wade. 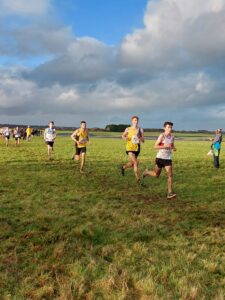 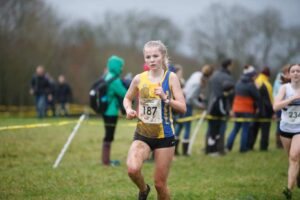 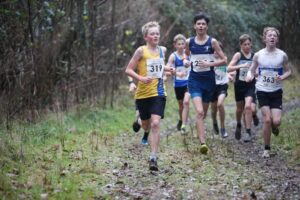 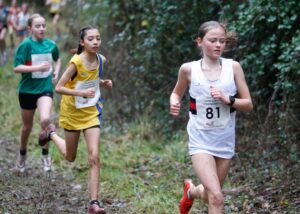 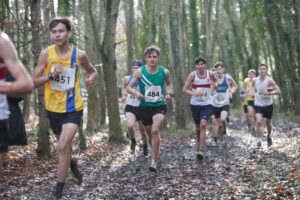 Congratulations, however, to all the BAC athletes who ensured that the BAC vest was visible throughout the day, and also many thanks to Simon Hearn and Simon Saunders who supported the athletes, not least by bringing along the club tent, providing a place of refuge from the inclement weather, and then staying till the end of the competition despite the fact that their athletes had run in the earlier races.

The results of the South West Regional Championship, and Inter Counties, are set at below.  The Wessex Cross Country League and Dorset County Championship have been published, but they take a bit of analysing so will be the subject of a separate report. 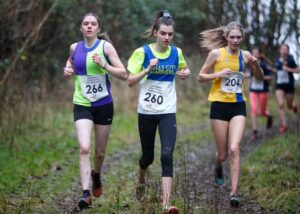 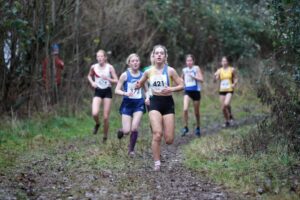 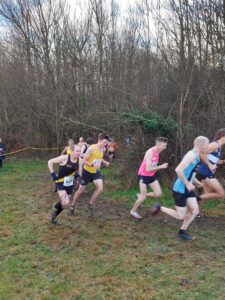 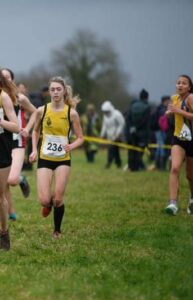 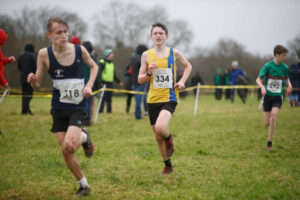 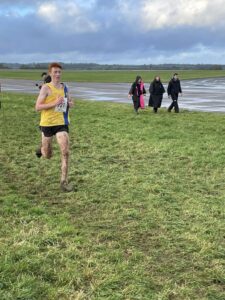 Oliver James approaches the finish, 20th in a field of almost 170