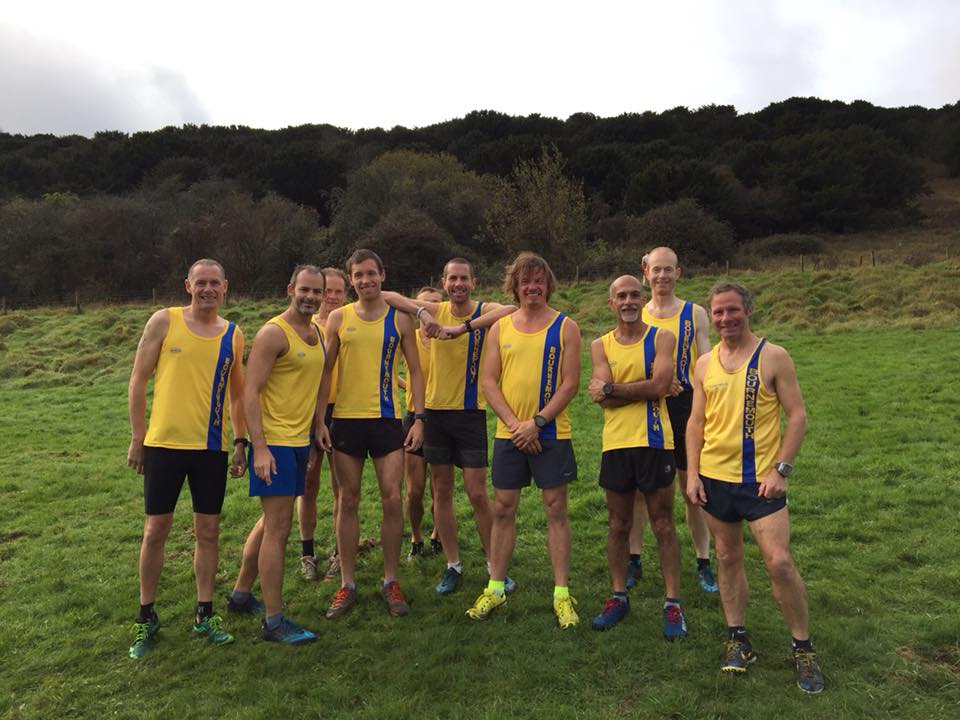 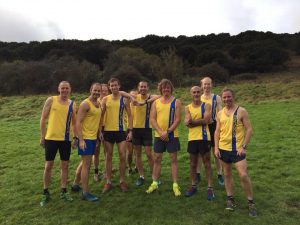 A strong contingent of BAC men and women competed at what must be the toughest of the Hampshire Cross Country League venues at Queen Elizabeth Country Park, near Petersfield, on Saturday 11 November. This is a new course and involved climbing almost to the top of Butser Hill, the highest point in Hampshire, followed by a sharp descent, and then doing this again, in the case of the men, three times! 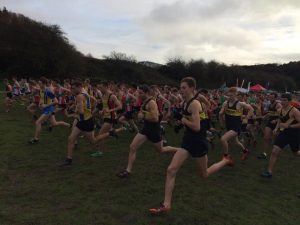 However, this did not daunt a very strong BAC mens’ team, whose objective was to build on the solid fifth place in Division 1 of the League achieved at the first fixture of the season, at Kings Park, to ensure that first division status is maintained at the end of the season.  To say this was done is an understatement, with the Senior Mens‘ team finishing 2nd on the day, with only the untouchable Aldershot, Farnham and District club in front, and now lie 2nd equal in the table after two fixtures.  BAC‘s Veteran Men also had a highly successful day, finishing 3rd of 24 teams. 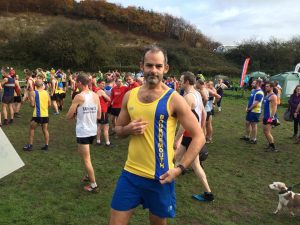 Rich Brawn soaks up the atmosphere before the start

There was another 2nd position by BAC – the Veteran Women, more about this later. 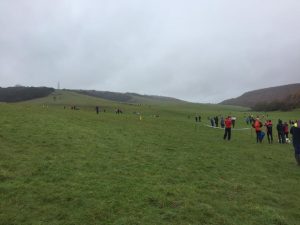 The course involved climbing the far slope almost to the top (the mast is the highest point in Hampshire) and down the near slope (three times for the men!)

The BAC charge was led by Jacek Cieluszecki, who chased David Long around the course, just edging past David towards the finish, so that David finished just one place behind Jacek, but, as 8th and 9th respectively, it looked as if BAC were on course for a low points count.  This was confirmed when Craig Palmer crossed the line  seconds later, pursued very shortly by Josh King, and when Rob McTaggart finished in 48th position it was clear this was a good result – to have the entire team in the top 50 is always good news!  BAC‘s Senior Men are 2nd in the table, equal with Southampton Athletic Club, so let’s hope the exciting contest with SAC to finish the season 2nd (behind AFD who can never be caught!) of a few years ago can be repeated!

BAC‘s Veteran Men can also be very satisfied with the result from Butser Hill.  The team of Steve Way, Pat Robbins and Sanjai Sharma, by finishing 3rd of 24 teams (there is only one Veteran Mens‘ division), ensured that that the 4th position achieved at the first fixture at Kings Park was retained as the aggregate position.

In all, 14 BAC men competed in this fixture, and it was a real pleasure to see so many of the yellow and blue vests around the course. Congratulations to all who took part.  The only sad feature was that there was not one single BAC U20 or U17 man, nor U15 or U13 boy, although, in the U11 boys’ race, it was great to see Isaac Sandell tackling the course.

There was also a strong BAC Senior Womens‘ team present, with the team of Emma Dews, Harriet Slade and Nikki Sandell finishing 7th on the day, of 27 teams (like the Veteran Men, there is only one Senior Women division), an excellent result, placing the team 7th aggregate in the team.  Emma and Nikki also scored for the Veteran Womens‘ team, and supported by Yvonne Tibble, the team finished an astonishing 2nd on the day, resulting in a 2nd aggregate position.  Just in case anything went wrong (which it didn’t!) Joy Wright and Kirsty Drewitt provided the essential back-up.  The situation concerning BAC‘s youngsters was almost as sparse as with the boys, with no BAC U17W, U13G nor U11G taking part, but, in the U15G race, it was very encouraging to see Amelia Reynolds and Anya Sandell competing.

The following photographs (copyright: hammy8241) were taken by Paul Hammond of Eastleigh RC and are reproduced with his permission, for which many thanks……… 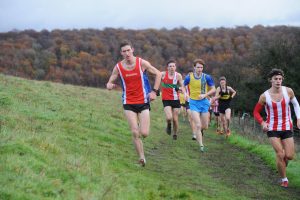 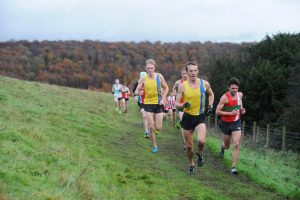 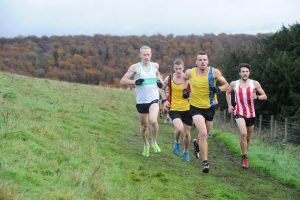 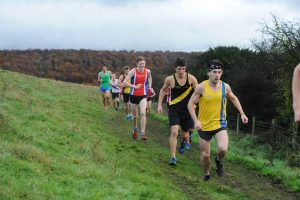 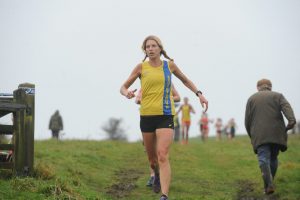 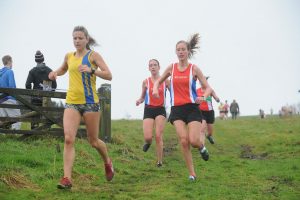 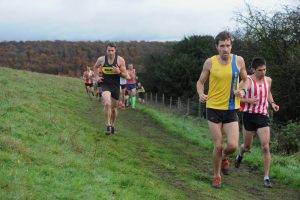 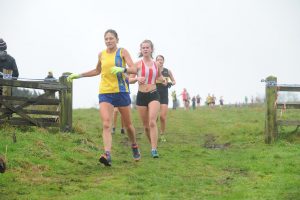 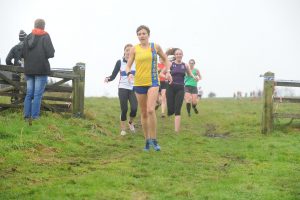