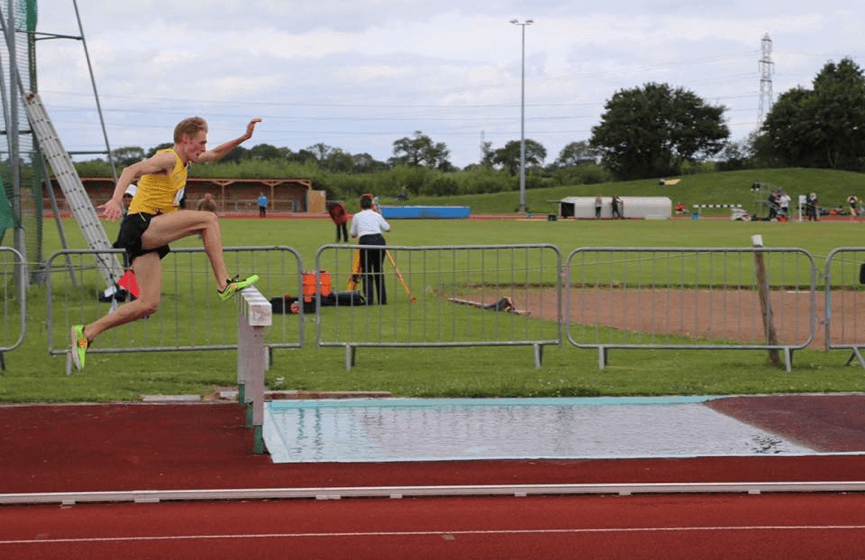 On Saturday 3rd June the BAC BAL team travelled to Yate, near Bristol for their second match of the year.  The team had made a solid start to their Division 2 campaign finishing 4th (of 8) in the first round.  Despite having some key athletes unavailable, the team battled hard throughout the day.  The desire to gain every point possible was in everyone’s minds which led to some superb performances throughout the day.  The result was a 3rd place finish, narrowly missing victory by only 5 points.  This places BAC 3rd in the league table, just outside a promotion position.

Dan Brunsden once gained many points in the heavy throws whilst Alex Cox and Cameron Hale performed fantastically in High Jump taking A and B string victories.  Cox cleared 1.90 and Hale 1.80, but both were very close to achieving their next heights.  Hale then teamed up with Ryan Long, who made his BAC BAL debut, for the Pole Valut.  Long cleared 3.80 to take 3rd place in the A string, whilst Hale also came 3rd in the B string with 3.40.

Despite some superb performances in the track events, BAC’s only victory came from Josh King, who once again set a new PB (9:46.66) in the A string 3000m Steeplechase.  Roy Long gained a valuable 6th place in the B event.

Rob Green had earlier kicked off the track events with a solid 3rd place in the A string 400m Hurdles in what were windy conditions.  Jamie Grose and Lewis Sainval both set seasons best times in the 800m.  Grose, 5th in the A string 1:58.80, and Sainval, 3rd in the B string set 1:58.51, just some 0.13s short of his PB.

A BAL team debut for Henry Bramwell-Reeks found him taking a decent chunk of his previous best time to set a new PB of 4:23.42 for 6th place in the B string 1500m.  He battled hard in what was a tough race and the 17 year old did not seem fazed by the high standard BAL competition.  Jamie Grose finished in a commendable 5th place in the A string to complete his middle-distance ‘double’ of the day.  David Long and Rob McTaggart, the ever stalwarts of track distance events, finished both 4th (A) and 3rd (B) in the 5000m.

The sprinters had a tough day in their individual races but came together as a strong team in the 4x100m Relay.  Ben Arnold, James Lelliott, Scott Rutter and Ryan Long carried the baton round to a 4th place.  Muiris Egan, Lewis Sainval, Jamie Grose and Rob Green took 6th place in a tough 4x400m Relay.

The 3rd place ranking in the Div 2 table sees the BAC BAL Men’s team achieve yet another all time highest position.

Team Manager Tim Hughes was once again delighted with the performance of his athletes.  “All of the athletes in the team today ran, jumped or threw out of their skin!  It was a superb team effort from a bunch of guys who want, not just their own performances to be superb on the day, but also those of their team mates and the team as a whole.  It was great to bring in some new faces to the team today and to see them perform well and really enjoy the atmosphere too.”

Hughes goes on to talk about the next match.  “Today, we beat two of the teams that beat us in Round 1 and we narrowly missed out on a victory.  We have a great squad of athletes to call upon this year and results to date are demonstrating that if we work hard and really want it, we could get promoted yet again.  I’d like to see that and I know the lads will now settle for nothing less!  The next match at Bedford is going to be fun.” 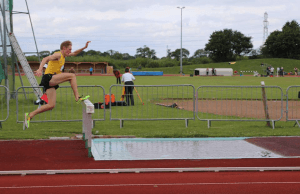 Josh King on his way to Victory in the 3000m Steeplechase Photo: Lisa Shepherd