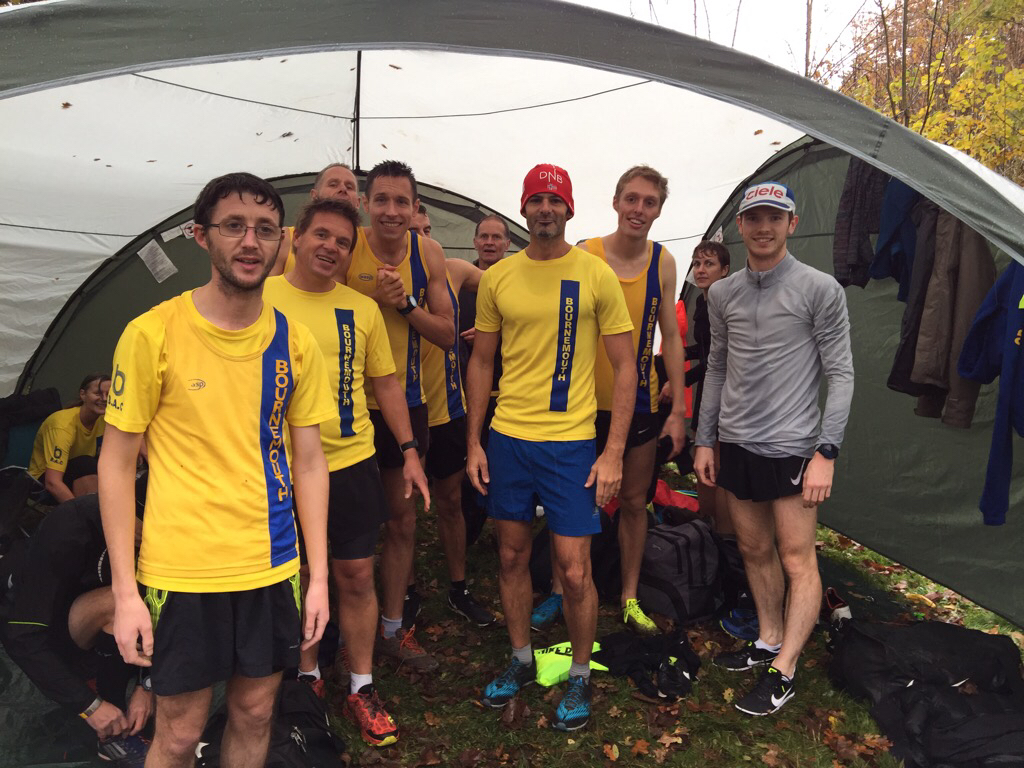 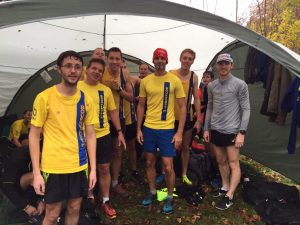 Some of the BAC squad sheltering from the rain at Aldershot

The return of ‘proper’ cross country weather marked the third Wessex Cross Country League fixture at Yeovil and the second Hampshire Cross Country League fixture at Aldershot. At this point, there are some excellent BAC aggregate positions in both leagues. In the Wessex League BAC‘s U13 Boys‘ and U13 Girls‘ teams are both in the lead, as are the Senior Mens‘ and the Veteran Womens‘ teams, and in the Hampshire League the Senior Mens‘ team lies in second position as does the Veteran Womens‘ team.  In the last fixtures there were some outstanding individual performances, with, at Yeovil, Neve East winning the U13 Girls‘ race and Martha Preece finishing fifth, Oscar Ewen Matthews second of the U13 Boys, Amelia Reynolds third U15 Girl, Laszlo Toth the fourth Senior Man and Nikki Sandell the fourth Senior Woman. At Aldershot, in one of the strongest cross country leagues in the country, the individual BAC highlights were Holly Collier‘s 16th position in the Senior Womens‘ race (Holly was second U20 Woman), Jasper Todd finishing as 11th U15 Boy, and an incredible team of David Long, Jacek Cieluszecki, Josh King, Craig Palmer and Rob McTaggart scoring second (to Aldershot, Farnham and District, who are never going to be caught) in the Senior Mens‘ race. 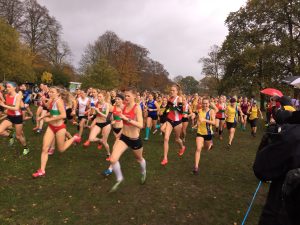 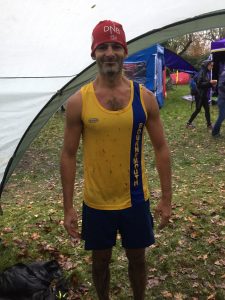 Rich Brawn is proud of his run at Aldershot – and rightly so!