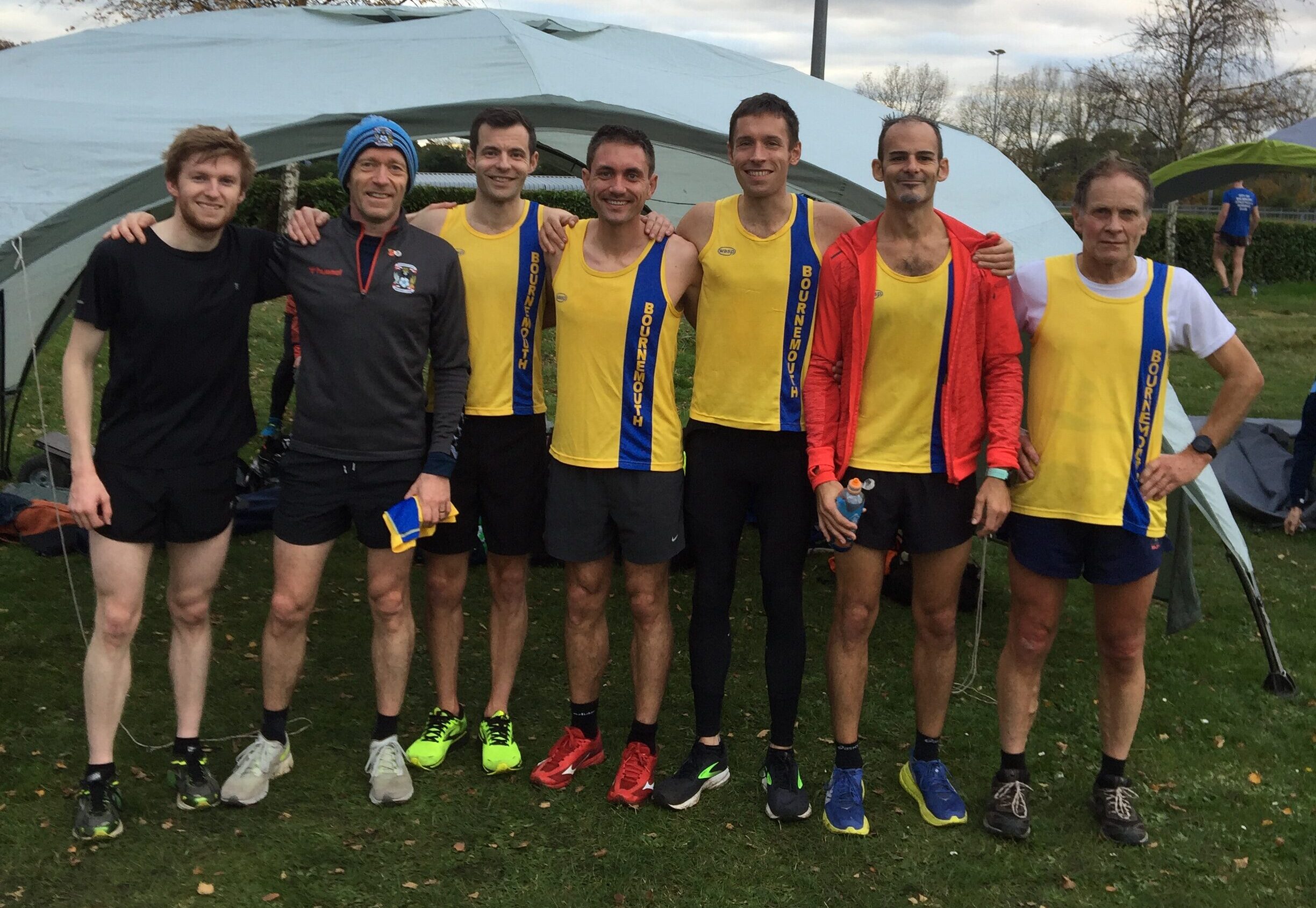 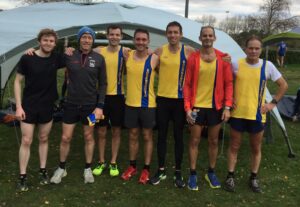 After a gap of over two years the Hampshire Cross Country League roared back into life at Kings Park on 13 November in a fixture organised by BAC.  The pent-up demand for cross country running was demonstrated by the record number of athletes attending this fixture, with well over 800 finishing 10 races from U11s to veterans, along with numerous spectators, supporters, etc.  The café had one of its busiest days ever!

Twelve senior and veteran men proudly wore their BAC vests in the biggest race of the day with the senior men’s’ team, consisting of Jacek Cieluszcki, Henry Smith, Henry Bramwell-Reeks, Stuart Nicholas and Szymon Chojnacki scoring 6th out of 10 Division 1 teams.  BAC’s veteran mens’ team was, however, the 1st such team of 22 and was made up of Jacek (the top veteran man after this fixture) along with Alex Goulding and Richard Brawn.

The essential reserves who also ran were Steve Ross, Craig Palmer (who is working his way back to fitness), Barry Dolman, Matt du Cros and Jud Kirk.  Looking to the end of the season and relegations, promotions, etc. it’s worth noting that Poole AC, top of Division 2, would have been above BAC had they been in the same division.

In the U17 men’s race BAC were represented by Massimo Lawson and Harry Dolman and in the U15 boys’ race by Hugo Richardson, Nathan Mearns, Daniel Couch, Archie Kilburn and Harry Green, with the team being 7th of 8, a good result considering many clubs did not field complete teams.

BAC’s U13 boys had a very good day, with 6 competing, and the team of Harry Butcher, William Launder and Ben Hutton scoring 4th of 9 teams, supported by James Davie, Jacob Green and Adam Abu-Ghaba. 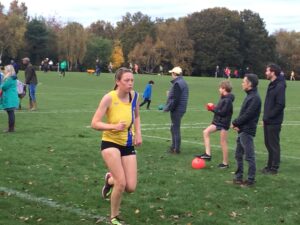 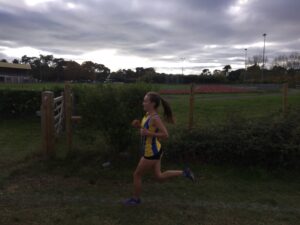 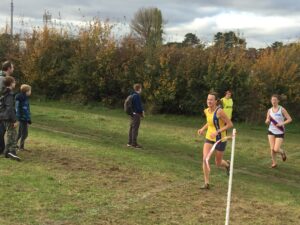 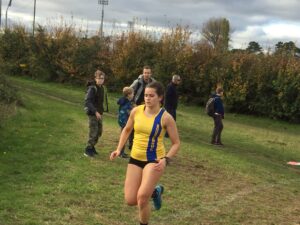 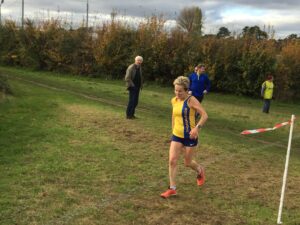 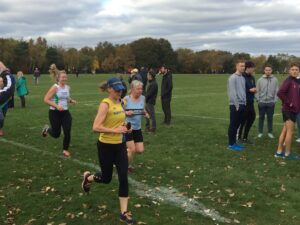 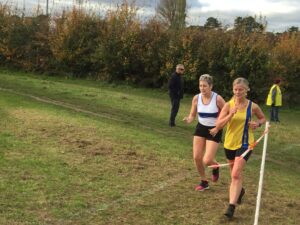 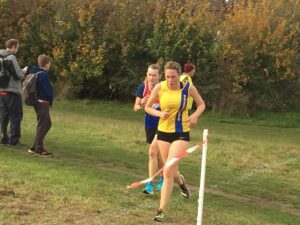 Neve East and Martha Preece both ran in the U17 women’s race as did Emily Coltman in the U15 girls’ race.  As with the U13 boys, the U13 girls had a good day with the team of Isabel Cherrett, who was 3rd in the race, Albha O’Brien and Esmee Hurst Atkins scoring an excellent 2nd of 8 teams, with backing from Amy Betts, Elizabeth Davie and Lucille Griffin.

BAC also organised, not part of the League, U11 races for boys and girls.  In the girls’ race Imogen Pope ran exceptionally well to finish 6th of 32 athletes, and, in the boys’ race there were also some very good runs.  Of 68 finishers there were 3 in the top 20, being Riley Austin  10th, Solly Abu-Ghaba 19th and Finley Hurst Atkins 20th. Hot on Finley’s heels were Samson Gent, Ted Fewings and Edward Ryan, with further BAC support coming from Harry Selwood, Joseph Hawkin, Bodie Phillips, Jake Ryan and Charlie Green.

So at the end of a day, in which 54 BAC athletes had competed, perhaps the most notable achievements were Jacek’s position as 1st veteran man of the League, Isabel Cherrett 3rd U13 girl, and the U13 girls’ team as 2nd in the League, but congratulations to everyone who competed, as well as to the marshals and volunteers who helped all day long, without whom there would have been no fixture. 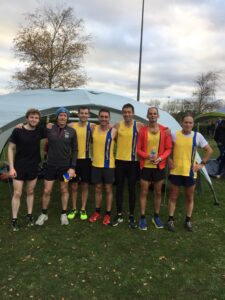 The next Hampshire Cross Country League fixture was at Aldershot on 4 December where weaker BAC teams than had been seen at Kings Park were greeted with sunny but cold conditions, a contrast to the usual heavy rain and thick mud which have in the past been a feature of this venue.

Complete senior and veteran men’s teams and senior and veteran women’s teams were fielded, but all other categories were represented by just one or two BAC athletes, and there were no U11s in the ‘out of League’ races put on by the organisers of the day, Aldershot, Farnham and District AC.

The senior men’s team were 9th of 10 teams on the day and consisted of Stuart Nicholas, Steve Ross, Barry Dolman, Matt du Cros, Jud Kirk and Ian White.  Well done to everyone for turning up and competing, but BAC would have been 5th in Division 2, so unless BAC strengthens its team in the next three fixtures the club is heading for relegation. 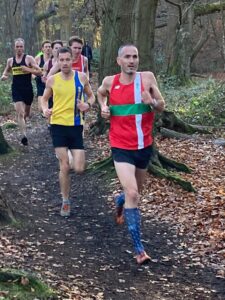 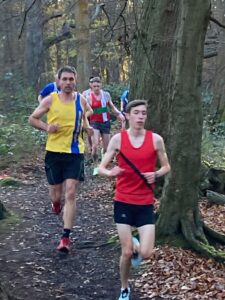 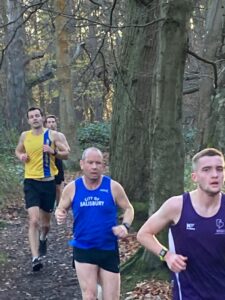 The veteran men’s team of Barry, Jud and Ian were 15th of 20 teams.  Ian Graham brought up the rear. Before the race he thought he would have to score for the veteran men, but was very relieved to see Barry on the start line! 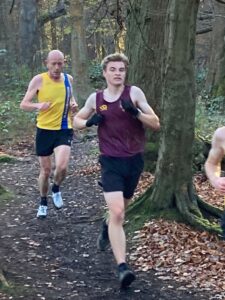 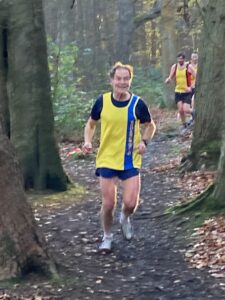 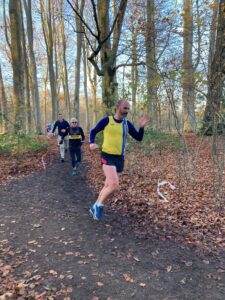 Turning to the youngsters, Harry Dolman ran in the U17 mens’ race, Sam Brewer and Nathan Mearns in the U15 boys, Harry Butcher and Ethan Dolman in the U13 boys (Harry was 6th of a field of 51), Neve East and Martha Preece in the U17 women, Emily Coltman in the U15 girls and Seni Purnell in the U13 girls ( Seni was 5th in a field of 46).

After two Wessex Cross Country League fixtures there are some very good BAC aggregate team and individual placings.   The U11 girls, U13 girls, U15 boys and U20/SM/VM  all occupy 1st team positions, with Oliver Canavan (U11 boys), Isabel Cherrett (U13 girls) and Oliver James (U20 men) all leading their age categories.

The U20 men compete in the same race as, and count towards the result of, the senior men and the fact that Oliver won the race at the second fixture at Ferndown, with Jasper Todd, also U20 men category, finishing 3rd, with Jasper winning the first fixture at Poole and Oliver 2nd, largely explains why the BAC team leads at present.  There is only one more opportunity, at RNAS Yeovilton, on 2 January, to keep this up.

Massimo  Lawson and Sebastian Crowe competed in the U17 men’s race and in the U15 boys’ race BAC were represented by Sam Brewer, Hugo Richardson (who were 3rd and 4th respectively), Nathan Mearns, Harry Green and Daniel Crouch.

Oliver Canavan was the sole BAC runner in the U13 boys’ race, a race which Oliver won, and in the U11 boys’ race there were no fewer than five BAC vests in action, belonging to Finley Hurst Atkins, Edward Ryan, Samson Gent, Jake Ryan and Joe Hawkins.

Emily Coltman ran very well to finish 4th in the U15 girls’ race, supported by Ida Waring, Imogen Gent and Mariah Marshall, with the result that the team were 2nd on the day. 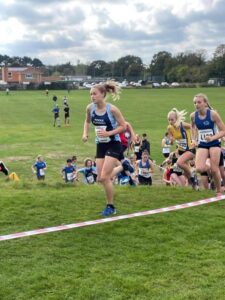 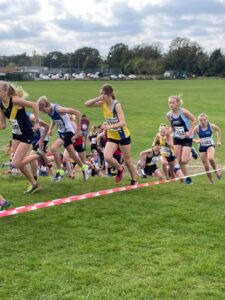 There were also excellent BAC performances in the U13 girls, race, which was won by Isabel Cherrett, with Albha O’Brien and Esmee Hurst Atkins finishing 4th and 5th respectively, the team being supported by Amy Betts and Clodagh O’Brien.  The U11 team representing BAC in the U11 girls’ race was Imogen Pope, Sienna Pope and Erin Ryan. 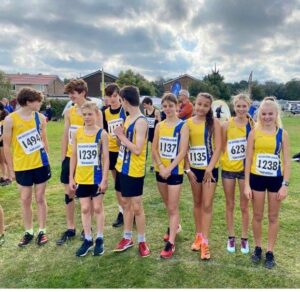 The second Wessex Cross Country fixture, organised by Poole Runners, took place at Ferndown Leisure Centre on 7 November in conditions which matched all the previous cross country fixtures in being sunny, dry and not too cold – not cross country weather at all!

BAC’s U17 men were Oliver Squires, Sebastian Crowe and Massimo Lawson and are to be congratulated on being the 2nd team on the day.

BAC’s U15 boys were led home by Oscar Newbery in 7th place, supported by Daniel Couch, Nathan Mearns and Archie Kilburn.  Oliver Canavan was 2nd in the U13 boys’ team, with Harry Butcher hot on his heels in 3rd. 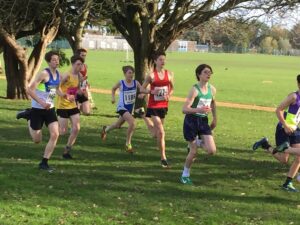 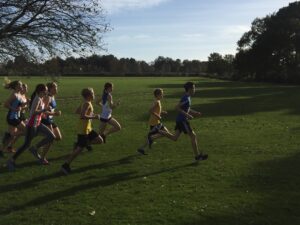 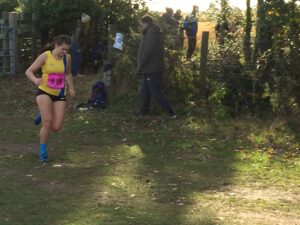 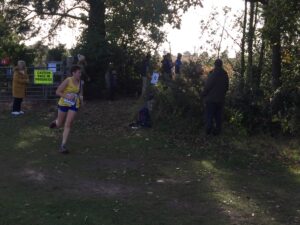 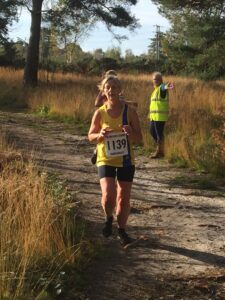 Martha Preece competed in the U17 women’s race, Emily Coltman and Imogen Gent in the U15 girls’ race and the U13 girls’ race was won by Isabel Cherrett with Albha O’Brien finishing 2nd and Esmee Hurst Atkins 4th, and Amy Betts finishing as the essential reserve.  The U11 girls race had an impressive six BAC athletes, led by Emmie Hawkins in 4th place and Imogen Pope 5th, supported by Sienna Pope, Georgia Miller, Erin Ryan and Lyla Burton. 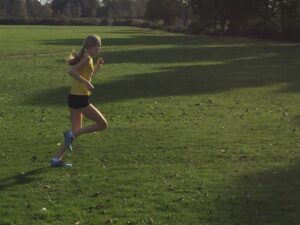 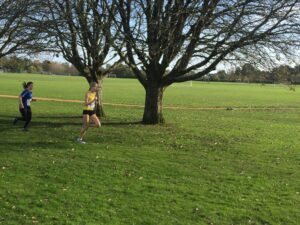