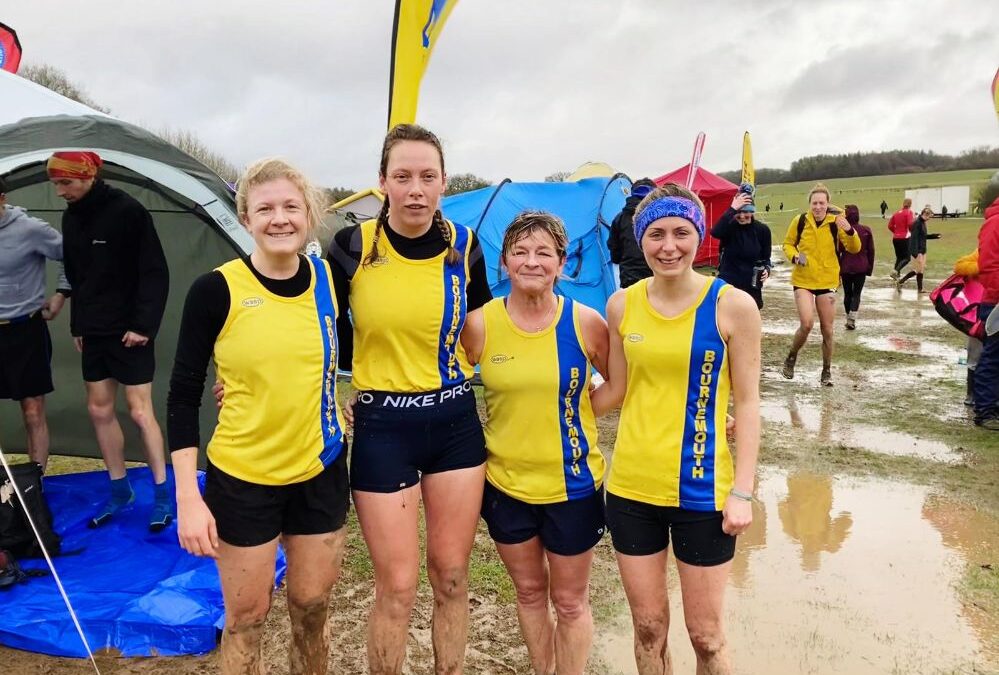 The weekend of 5th and 6th February was a busy one for Cross Country Championships, with the South West Schools on the Saturday, and South West Vets AC the following day. A couple of weeks later the final fixture of this season’s Hampshire Cross Country League took place at Popham Airfield, Basingstoke, in conditions which led to the Bournemouth 10 mile road race, due to be held the next day, to be cancelled. 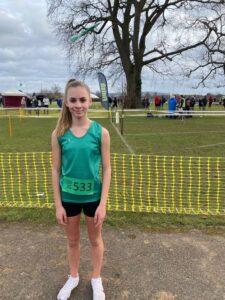 There were some outstanding performances from BAC athletes at the SW Schools Cross Country Championships, held at Sheldon School, Chippenham, on Saturday 5 February.  Conditions, on the whole, were favourable for cross country running, dry but not too warm, no real mud, with undulating courses which extended to 7.2k (senior boys), 5.9k (intermediate and junior boys), 3.8k (intermediate girls) and 3.2k (junior girls).  Of 59 finishers in the senior boys race, with a time of 22.07, Ollie James was a remarkable 7th, leading the Dorset Schools team to victory of 6 county teams.  Equally impressive was Isabel Cherrett, who was 8th of 65 junior girls athletes, in a time of 12.29, and in the intermediate boys’ race Oscar Newbery covered the course in 20.05 to finish 25th in a field of 62.  Also finishing 25th was Harry Butcher in the junior boys’ race, in which 65 athletes competed, in a time of 14.07.  Although no longer a BAC athlete (but surely benefiting from BAC training!) Erin Wells was 5th in the intermediate girls’ race. There were many more BAC athletes making the long journey proudly to wear their county vests and congratulations to everyone who took part.  In the senior boys’ race Jasper Todd, performing well below his potential due to an injury he is carrying, still managed to score for the winning Dorset team in 28th position in a time of 23.46.  Not far behind, in 26.52 was Oliver Squires.  Supporting Harry in the junior boys’ race was Oliver Canavan, 52nd in 14.35, and supporting Isabel in the junior girls’ race was Esmee Hurst Atkins, 50th in 13.44.  BAC was represented in the intermediate girls’ race by Emily Coltman, 59th in 16.50. Well done to everyone who took part – hopefully it was an enjoyable day for all, and good luck to those athletes who will go on to compete at the National Schools Cross Country Championships at Hop Farm, Kent on 19 March. 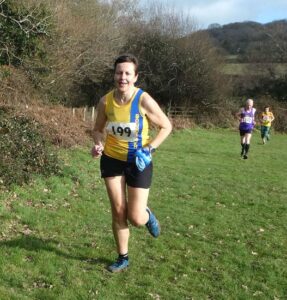 The next day BAC‘s Kirsty Drewett travelled all the way to Sidmouth, Devon, to compete in the South West Vets AC Cross Country Championship.  An unusual feature of this race is that there is a mixed start, both men and women running a 3.44 mile course, which Kirsty enjoyed, but the flat course wasn’t quite so much to her liking, as she relishes more of a challenge!  It seems that the main difficulty was a section of 100m or so, encountered four times on the four lap course, where beside the course there were many early daffodil shoots appearing from the spring bulbs, which had to be avoided to prevent their destruction!  Kirsty ran well, justifying the long journey, to finish 1st in her age category, 4th female, and 27th overall. 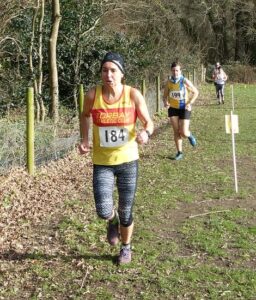 The final Hampshire Cross Country League fixture of the season took place at Popham Airfield, near Basingstoke, on Saturday 19 February with, perhaps, the most important target of the day being for the BAC men to retain their status in Division 1 for next season.  Some ‘out-of-skin’ running meant this was achieved, with the BAC team finishing 4th on the day, the season’s best result, and 6th aggregate for the season, thus comfortably avoiding relegation.  There were some outstanding BAC performances during the day, the first from Harry Butcher, who was 6th in the U13 boys’ race, and is to be congratulated on the fact that Harry is ranked 5th U13 boy in the League for the season.  In the U15 boys’ race, Hugo Richardson ran an excellent race to finish 6th, and the same race was won by Oscar Newbery, who is 2nd claim for BAC, but scored for New Forest Runners, his 1st claim club.  Oscar has run consistently throughout the season, and is ranked 3rd U15 boy in the League.  Another Harry, Harry Smith, also ran a superb race to finish 10th in the mens’ race, to be followed very closely by Josh Cole, 19th.  Josh is also 2nd claim BAC, but as his 1st claim club is Bury AC his position counted to BAC‘s result.  Simon Chojnacki and Stuart Nicholas appeared to have grasped the importance of the occasion, running beyond themselves to achieve their highest placings of the season, as did Matt du Cros, whose 5th BAC finish secured the Division 1 status.  The ladies also had a good day, but, unfortunately, Jayne Wade, Julia Austin and Kirsty Drewett found themselves in a massive traffic jam caused by an incident on the M3, and never made it to Popham, which was a great disappointment not only for them, but also for those who were at Popham as of course Jayne‘s delicious chocolate brownies never made it either!  Nevertheless, BAC ladies were present in strength, with Elissa Clark, Tamzin Petersen, Louise Price and the ladies’ captain, Caitlin Peers all competing.  BAC‘s ladies’ team were 16th of 18 complete teams on the day, 15th of 17 for the season.  To put this into context, many of the clubs participating in the League do not manage to field a ladies’ team at all.  Conditions were difficult, with plenty of mud, high winds and lots of rain – perhaps more ‘genuine’ cross country weather than anyone really wanted!  Josh said of the course “proper cross country, no easy sections”.  So well done to everyone who took part, not only at Popham, but also at the previous fixtures at Kings Park, Aldershot and Reading.  Hopefully by next season it will be possible to revert to normal, starting in October, rather than November, with five fixtures, although this depends on finding another venue.  The full BAC results from Popham are set out below. 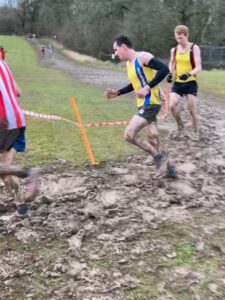 Harry Smith on his way to finishing 10th 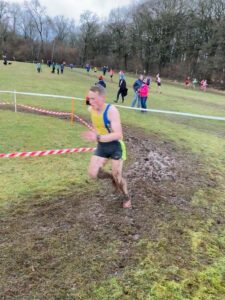 Josh Cole not far behind 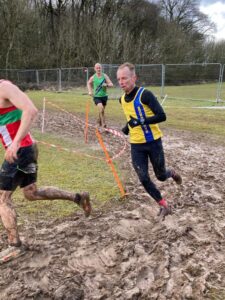 Simon Chojnacki copes with the mud 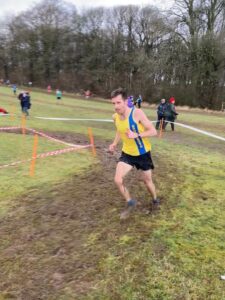 Stuart Nicholas appears to be enjoying himself! 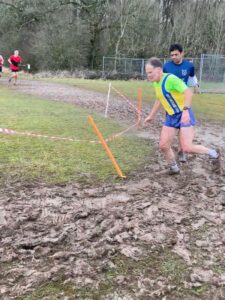 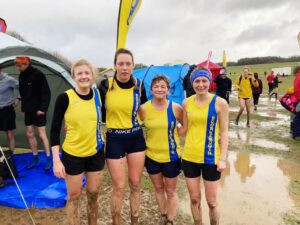