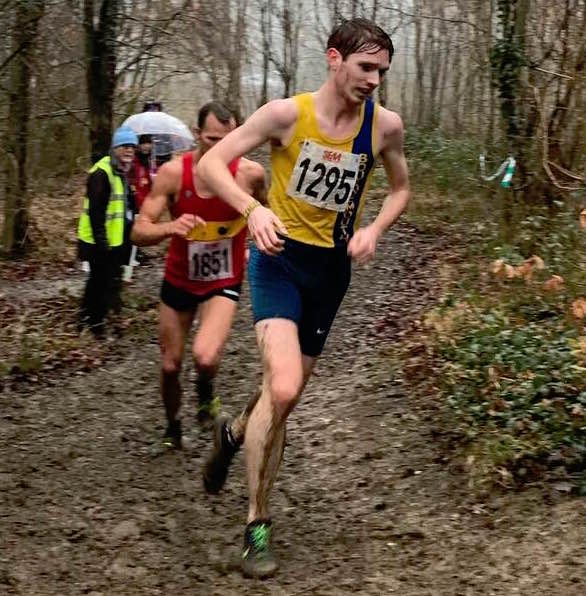 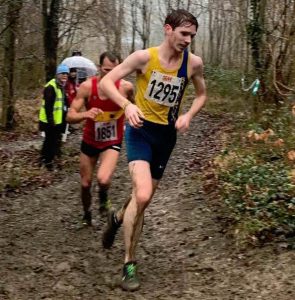 It was over to Stanmer Park in Brighton for the Southern Cross Country Championships of 2018 and four intrepid Bournemouth AC crusadors made the trip to East Sussex to mix it with the very best that the south of England has to offer.

Steve has been hitting the high mileage again since the turn of the year, working toward his main target of the Comrades ultra marathon in June.

After suffering a setback over the new year when a bout of flu took him out of the game for a couple of weeks, Steve has struggled to get back into his stride but he still has time on his side to reach the level he needs to get to.

With several local race wins to look back on in 2017, including a huge triumph in the Bournemouth Marathon, Jacek has been in great form and picked up where he left off on New Year’s Day by winning The Junction Broadstone Quarter Marathon.

He also took 3rd place in the Christchurch Christmas 10k in the second week of December and feels he is due for a sub 32 minute finish or a sub 70 minute half marathon, given the right race and right conditions.

Dave has been in scintilating form of late, putting in a tremendous display in the Hampshire Cross Country League fixture at Prospect Park to take 3rd place in the men’s race.

After going through an auspicious 12 week training programme, he was more than ready to tackle the rigours of the Stanmer Park circuit and face the inevitably stiff competition.

In fact, it was Dave who faired the best out of the BAC representatives, putting one of his best ever displays to register an incredible 15th place finish in a field of 740 of the south of England’s finest. 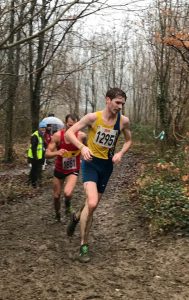 Dave Long put in a memorable display, taking 15th place in a phenomenal time of 53:24

The course was pretty horrific with some very testing sectors of the sloppy, sticky variety of mud. Dave isn’t usually at this best over that kind of terrain but he managed it very well on the day.

The race wasn’t without incident for Dave either. He was holding onto the group of runners placed 11th to 14th until the start of the second hill. He then opted to take a riskier line round a muddy corner to make sure he didn’t get dropped from the group.

Unfortunately, that proved to be a mistake and Dave ended up on his backside. By the time he got back to his feet and got going again, the group were out of sight. He continued to give chase until he came onto the home straight where he could see them again.

The distance was too much by that point though so Dave enjoyed the end of the race, safe in the knowledge that he had run much better than even he expected he would.

After his fall, Dave felt like he had been in a proper cross country and  with numerous cuts and scrapes down his back, arm and leg, he certainly had the war wounds to show for it. Dave’s finishing time was a staggering 53 minutes and 24 seconds.

The next BAC member to reach the line was Jacek, who came in 45th place in a time of 55:36. Originally, Jacek was targeting a top 20 finish but he had been feeling slightly unwell most of the week in the lead up to the race which meant that he was not quite in peak condition.

At this kind of level, those small margins can make all the difference. It was still a solid run from JC though and he loved the experience. It seems that the tougher the race and the higher the elevation, the more he enjoys it. 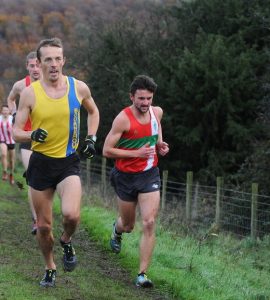 Jacek Cieluszecki wasn’t in peak condition but still romped over the line 55:36 to take 45th place

Shortly after, Tag arrived at the finish line, taking 74th place in a superb time of 56:32. Tag is another one who revels in the throws of a proper cross country race in its truest and rawest form, or “balls out racing” as he calls it.

Tag has taken part in the Southern Cross Country Championships in the past non many occasions and has sometimes not done himself justice, particularly last year when he came 132nd. This time he was glad to achieve his highest placed finish to date and it certainly bodes well for his prospects in the forthcoming races he has on his radar. 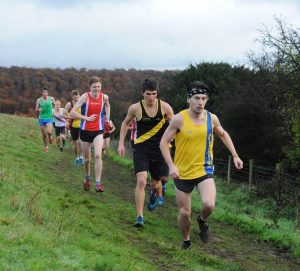 Rob McTaggart managed his highest finish yet in the Southern XC Champs, crossing the line in 74th place in a time of 56:32

By contrast, Steve didn’t have one of his better days. The hill heavy, mud laden course wasn’t really to his liking and made for a rather depressing slog.

That said, he still managed to secure 145th position, completing the course in a time of 59:48. This would still be a very good run by most peoples’ standards but Steve is obviously used to finishing a lot higher up the field. He did joke afterwards that he was basically just Jacek’s taxi driver! 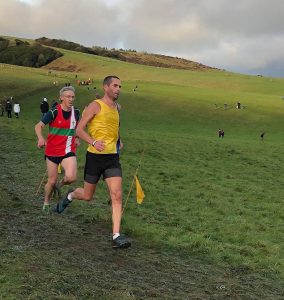 Steve Way wasn’t at his best but still managed a commendable time of 59:48, putting him in 145th position

Craig Palmer, who has been running for BAC in the Hampshire League Cross Country fixtures this season, was also in action. He represented his first claim club Ampthill & Flitwick Flyers and ran extremely well, taking 41st place in a time of 55:28.

The overall race winner was John Gilbert of Kent AC, who completed the course in an unbelievable 51:07. He was followed by Adam Hickey of Southend on Sea in 51:12 and Max Nicholls of Tonbridge in 51:42.

All things considered, this has to go down a decent day for Bournemouth AC, with Dave Long’s masterclass being the highlight, but also 3 men in the top 75 is no mean feat and all 4 in the top 150.

Unfortunately, to qualify for the team competition, you needed to have 6 members in the race. The top scoring team was Bedford & County AC, who had John Eves in 5th, Darren Deed in 7th and Will MacKay in 16th amongst their contingent.

There were no Bournemouth AC representatives in the ladies race this year. That was won by Phoebe Law of Kingston AC & Poly Harriers in 28:56. Emily Hosker Thornhill of Aldershot, Farnham & District was 2nd in 29:18 with Charlotte Christensen of Cambridge & Coleridge coming in 1 second later in 3rd.

Aldershot, Farnham & District also had Philippa Bowden in 4th, Kate Bingle and 5th and Lauren Hall in 22nd, thus scooping the team prize, which comprised of the top 4 scorers. Cambridge & Coleridge were 2nd with Serpentine in 3rd, Winchester & District 4th and Southampton AC in 5th.