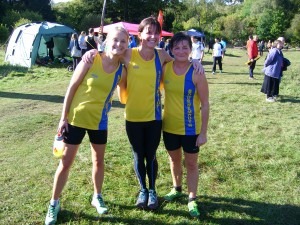 The first Hampshire Cross Country League took place at Farley Mount, Winchester, a welcome return to this venue, on Saturday 10 October. The notable performances of the day were from Jacek Cieluszecki, 9th in the Senior Mens’ Race, Bridget Dence, 2nd in the U17W race, and our three senior ladies, Nikki Sandell, Gemma Bragg and Louise Price, who made up the first BAC ladies’ team in this competition for many, many years. 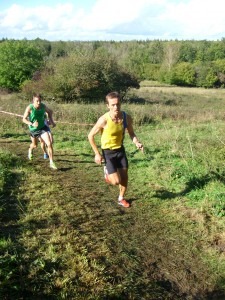 Jacek Cieluszecki’s run was quite outstanding, 9th of a total of 236, in a time of 33.46, against a winning time of 32.39. A superb run was also produced by Simon Munro, 28th in 35.45, with Jez Bragg providing solid support, 70th in 39.02. The most important aim in these races is to ensure there is a complete team of five, so the runs of Paul Hill, 119th in 41.17, and Nick Kenchington, 129th in 41.57, were absolutely vital. Thank goodness BAC didn’t have to rely on Ian Graham, 221st in 52.08, to score! The end result was that BAC Senior Men were 8th of the 10 teams in Division 1, with 355 points (not far behind Winchester’s 344 in 7th), so perhaps this isn’t the start we’d hoped for, but at least it is good enough to progress forward during the season.
It was tremendous to see a BAC ladies’ team competing, and an excellent performance it was. Nikki Sandell was 41st in 26.53 with Gemma Bragg not far behind, 48th in 32.41. Completing the team was Louise Price, 110th in 32.41, and the team’s final position was 8th of 17 complete teams (all the ladies’ teams compete as one division), so this is a fantastic start – well done to the ladies! Let’s hope the momentum can continue for the rest of the season. 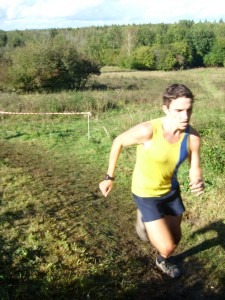 The week before, Sunday 5 October, the Wessex Cross Country League season opened at Avon Heath.  Brandon Meredith and Seb Hearn were BAC‘s representative, in the U17M race, with Brandon 4th in 21.48, and Seb 5th in 24.33. 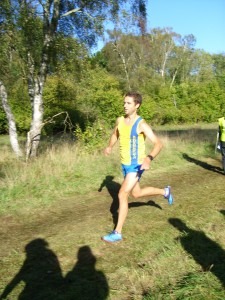 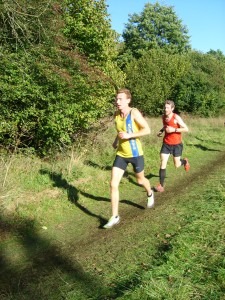 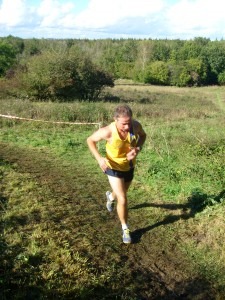 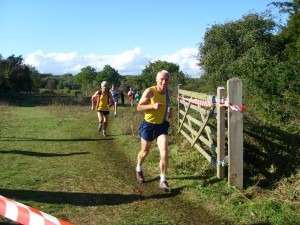 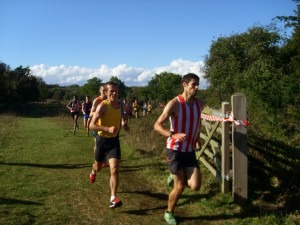 Jacek Cieluszecki moves through the field 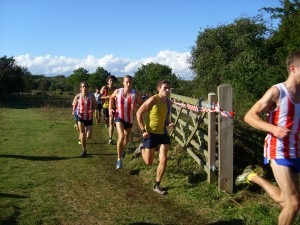 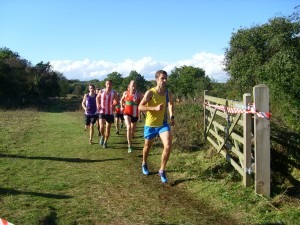 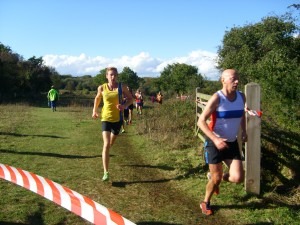 Paul Hill takes it in his stride