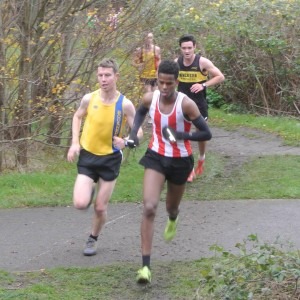 Graham Robinson battles it out in Kings Park

At last, this season, we can report a successful Hampshire Cross Country League result for the Senior Men, who finished third, pulling us out of the relegation zone. But first, a big thank you to everyone who turned out to marshal, officiate and generally help at the fixture, which BAC hosted in Kings Park on Saturday 5 December. Although the weather could have been worse, nevertheless it was a cold business standing around for several hours. Everything went according to plan, and it is thanks to the volunteers that the fixture went ahead at all, let alone successfully. Turning to the results, our Senior Mens’ team of David Long, fresh from training in Kenya, Rob McTaggart, Graham Robinson, a very valuable new signing, Phil Mosley and Pat Robins were third of ten Senior Mens’ teams competing in Division 1. Previously, BAC was staring relegation in the face, but now stand 8th of the ten teams, out of the relegation zone – two teams are relegated.  Well done, too, to Tom Paskins, not far behind Pat, and a useful reserve if anything had gone wrong.  David is at present 8th Senior Man in the League, which at this stage are aggregated from two races.  We also had a good result in the Veteran Mens’ competition.  Unfortunately, neither Phil nor Pat were resulted as Vets (not the fault of the League), but the results will be corrected, and, subject to confirmation, BAC‘s Vets team of Phil, Pat and Simon Hearn will be shown as 2nd in Division 2, not bad when our aim this season is simply to field a Vets’ team at every fixture.  BAC Vets also had a useful reserve, namely Simon Hunt, in case of need.  For the Ladies, their successful campaign in this League continues.  The Senior Ladies’ team of Emma Dews, Heidi Tregenza and Nikki Sandell were the 4th team overall on the day, and lie 5th (of 13 complete teams) in the table for the season so far.  Emma and Nikki were joined by Joy Wright, another very useful new signing, to make up the Veteran Ladies’ team, which was 2nd on the day, and remain 2nd overall (also of 13 complete teams), remarkable progress in such a short time.  Caroline Rowley, Elissa Clark and Helen Ambrosen were also there, just in case.  Emma is 10th Senior Lady in the individual aggregate list for the season so far, and is 3rd Veteran Lady, of which Nikki is 5th.  BAC was also represented by Brandon Meredith in the U17 Men, Tom Farwell, U13 Boys, and Anya Sandell, U13 Girls.  There were also U11 races, not part of League, in which Lara Broderick and Olivia Abel competed.  Let’s hope we can keep this up for the next fixture at Reading on16 January, and it is now looking as if there will be a 5th fixture, at Dibden Enclosure, in the New Forest, on 13 February.  Results (BAC): Sen/Vet Men 5. David Long 31.04;  11. Rob McTaggart 32.17;  20. Graham Robinson 33.05;  35. Phil Mosley 34.13;  38. Pat Robins 34.38;  71. Tom Paskins 36.09;  126. Simon Hearn 38.57;  157. Simon Hunt 41.39.  Sen/Vet Women 6. Emma Dews 22.42;  11. Heidi Tregenza 23.15;  25. Nikki Sandell 24.11;  54. Joy Wright 26.14;  59. Caroline Rowley 26.43;  103. Elissa Clark 30.45;  104. Helen Ambrosen 30.45. U17 Men 21. Brandon Meredith 22.07. U13 Boys 30. Tom Farwell 12.28. U13 Girls 52. Anya Sandell 15.33. 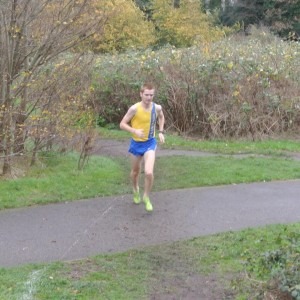 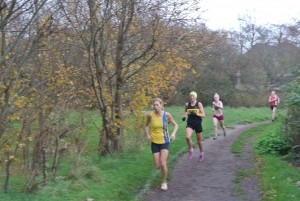 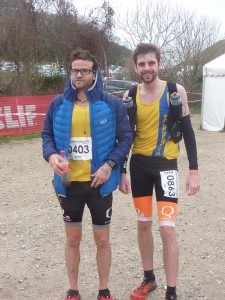 Manol Dimitrov, left, 5th in the Endurance Life HM and Toby Chapman, 3rd in the Marathon

There were also BAC athletes taking part in the Endurance Life Coastal Trail event on 5 December, namely Damian Boyle (Ultra), Toby Chapman (Marathon) and Manol Dimitrov (Half Marathon).  Damian, who was competing in his first Ultra, describes the race as “right into the teeth of Storm Desmond, getting quite literally knocked off my feet a couple of times by 60 knot winds”.  The course, in West Dorset, takes in chunks of the South West Coastal Path, which is, as Damian says, “fairly lumpy”.  Damian finished the Ultra course, 33.7 miles in 6.44.52, 20th of a total of 106 – not a bad effort for a first Ultra!  Toby is now accustomed to races of this nature, but nevertheless impressively achieved a podium position, finishing the Marathon 3rd in a field of 161, in 3.53.50.  Manol also ran impressively to finish the Half Marathon in 5th position, of a total of 416, in a time of 2.23.11. 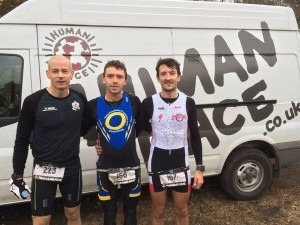 Ross Smith, on the left, winner of the Iceman XC Cycle 2015

On the same day, Ross Smith was competing in – and winning! – the Ice Man 2015 Duathlon, a 10k run, 18k bike, 5k run off-road on Army Training Ground at Frimley, Surrey, apparently “perfect for getting into the great unknown, particularly if you like mud, dirt and hills”!  Ross‘ bike split of 47.06 was the fastest of all the competitors, which really helped towards his win, but run splits of 41.56 and 22.19 weren’t too bad either, giving an overall time, including transitions, of 1.52.31.  All this was not long after Ross had finished 4th, of a total of 96, cycling eight laps in a 2 hour Cross Country Mountain Bike race at Avon Tyrrell in the New Forest, the aim being to complete as many laps as possible in 2 hours.

To catch up on the Parkruns, on 5 December at the Bournemouth Parkrun, which, of course, was followed by the Hampshire Cross Country League fixture, the only BAC athletes of the 238 finishers were Jud Kirk and Will Price.  Things were more normal at Bournemouth the week before, 28 November, when Alison Humphrey was the first lady, and Brandon Meredith ran a PB to finish 3rd overall.  Of the total of 250, 7th was Duncan Wells, returning after a break, who was joined by Ian White, Jud Kirk, Steve Cox, Stephen Bunce and Sam Laws.  Returning to 5 December, the Poole Parkrun was won by Karl Welch, who must have had some reason for choosing this race over the Hampshire Cross Country League fixture at Kings Park.  The only other BAC presence was BAC legend and life member, John Boyes, returning for visit to his native country from his home in France.  On 28 November the Poole Parkrun was won, again, by Karl Welch, with Jon Sharkey 4th and Peter Thompson 23rd of a total of 677.  The only other BAC Parkrun athlete to mention is Phil Mosley, who was 3rd of a field of 116 at the Brockenhurst Parkrun on 28 November.

Returning to the Hampshire Cross Country League in Kings Park………….. 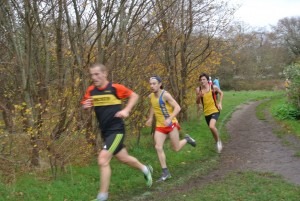 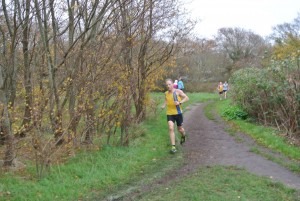 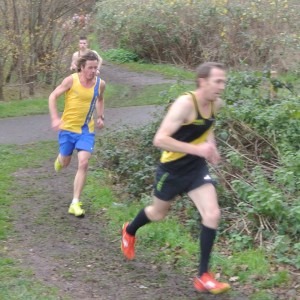 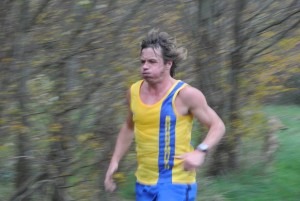 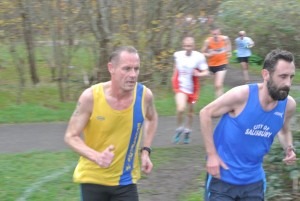 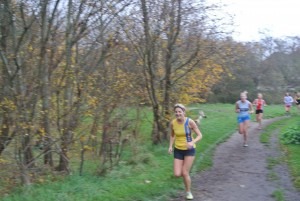 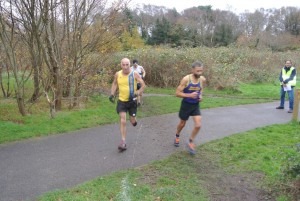 Graham Robinson battles it out in Kings Park