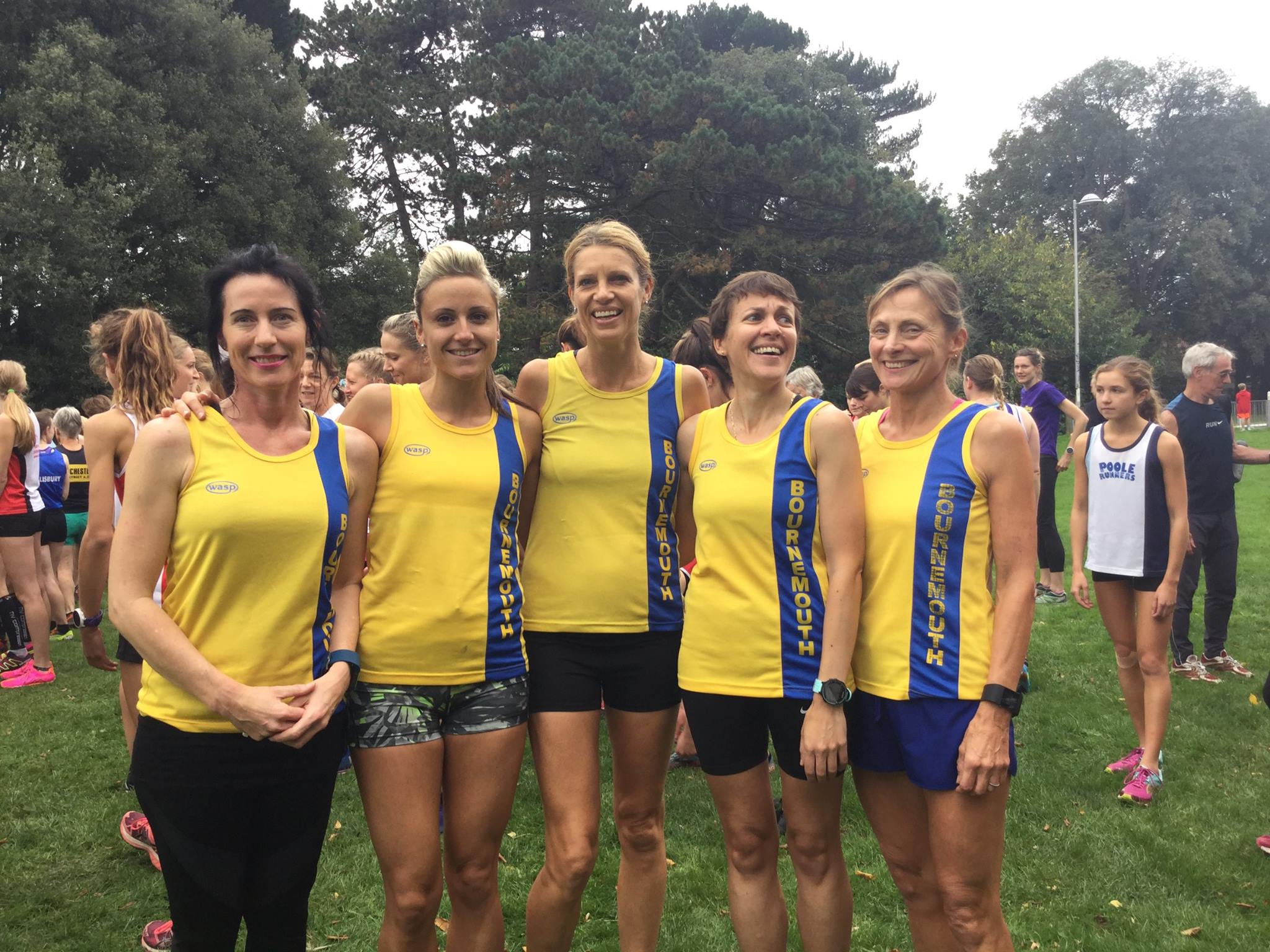 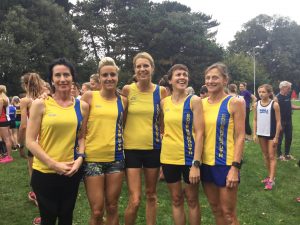 The 2017/18 season of the Hampshire Cross Country League opened on Saturday 14 October with the first fixture in beautiful sunny weather at Kings Park. 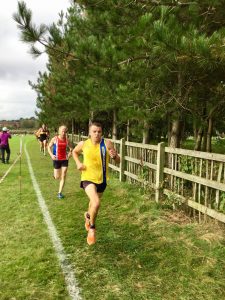 For BAC‘s senior mens’ team the aim this season has to be, at least, to remain in Division 1 of this highly competitive League and thanks to some outstanding performances Saturday was an encouraging start. It is BAC‘s good fortune that Craig Palmer has joined second claim, for the purpose of cross country competition, as Craig‘s astonishing run brought him to the finish line in 15th position. Throughout the mens’ race, Craig was being pursued by Josh King, who edged ever nearer to Craig, finishing one place behind him in 16th. BAC is also fortunate to have recruited fairly recently Stuart Nicholas, running in his first cross country race, who also had an excellent run to finish third BAC athlete. Steve Way followed very shortly afterwards, probably running better than he expected after injury problems, and, completing the BAC mens’ team, Pat Robbins also ran well to finish only one minute (exactly!) after Steve. Steve and Pat were BAC‘s first two veteran men, the veteran’s team being completed by John Phillips, also recently joined (or, more accurately, rejoined after many years!), which meant that BAC‘s veteran mens’ team is no less than the 4th team of the 18 complete veteran men teams (there is only one veteran division), which is an excellent start to the season. BAC‘s senior mens’ team, after one fixture, are 5th of 10 teams in Division 1, so a solid start, but hopefully we can improve on this as the season progresses, and there is certainly no room for complacency! The U20s also ran in the same race as the senior and veteran men, and BAC was sole representative was Brandon Meredith, who should be pleased with his 13th U20M position. Please see the full BAC mens’ results below. 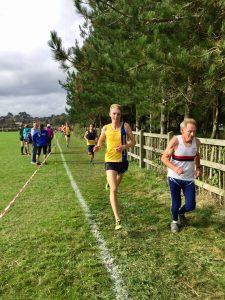 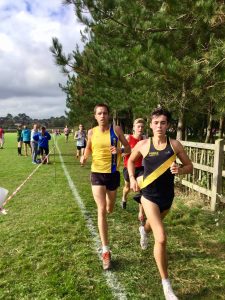 Turning to the ladies, some excellent running led to a satisfactory start to the season.  Despite this being only her second race this year, Emma Dews‘ strong running kept her at the front of the field for the entire race, finishing 12th overall in 22.58 and 2nd veteran lady.  Harriet Slade and Yvonne Tibble, finishing 30th in 24.27 and 70th in 27.14 respectively, completed the senior ladies’ team , and of the 20 complete teams, BAC were placed 8th (there is just one ladies’ division), so that is an excellent start to the season.  Emma and Yvonne were the first two BAC veteran ladies’ the team being completed by Kirsty Drewitt (88th in 28.28) with the veteran ladies’ team also having an excellent start, lying 5th of the 14 veteran ladies’ teams.  Well done too to Mandy Adams who was 124th in 31.53 and provided the essential backup in case of any dropouts.  A total of 156 completed the senior/veterans race, apparently the largest field for many years. 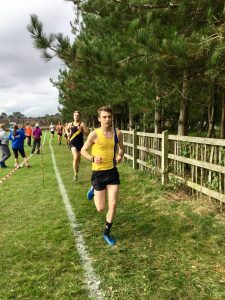 Brandon Meredith on his way to finishing 13th U20

What was slightly disappointing from BAC‘s point of view was the lack of youngsters competing, with not even one  U17M or U17W BAC athlete.  However, well done to those youngsters who did compete, and especially the three U13 girls, as this produced a BAC team result for their category.  They were Martha Preece, who, of the 79 finishers, was 15th in 12.51, Lara Broderick, 56th in 14.16 and Abigail Phillips, 61st in 14.40.  The fact that the team was 11th of the 11 complete teams really doesn’t matter – it is very encouraging to see a BAC team in the younger age groups, and there were plenty of clubs taking part in this race who didn’t have a team.  In the U15 girls, Anya Sandell was 34th of the field of 56 in 17.34, in the U13 boys Sam Farwell was 55th of the 85 finishers in 13.00 and in the U15 boys Tom Farwell was 26th of the 64 finishers in 14.45 and Jasper Todd was 36th in 15.16.  What a pity there wasn’t a third U15 boy to make up a team!  Once again, well done to all the youngsters who competed and kept the BAC flag flying throughout the day.

This fixture was organised and run by BAC, and many thanks are due to all the marshals, officials and helpers without whom the fixture could not have taken place.  Kings Park appears to be a popular venue for Hampshire Cross Country League clubs (although it is true the first fixture always attracts large numbers) as, throughout the day, including the U11 races, an astonishing 894 athletes completed 10 separate races.