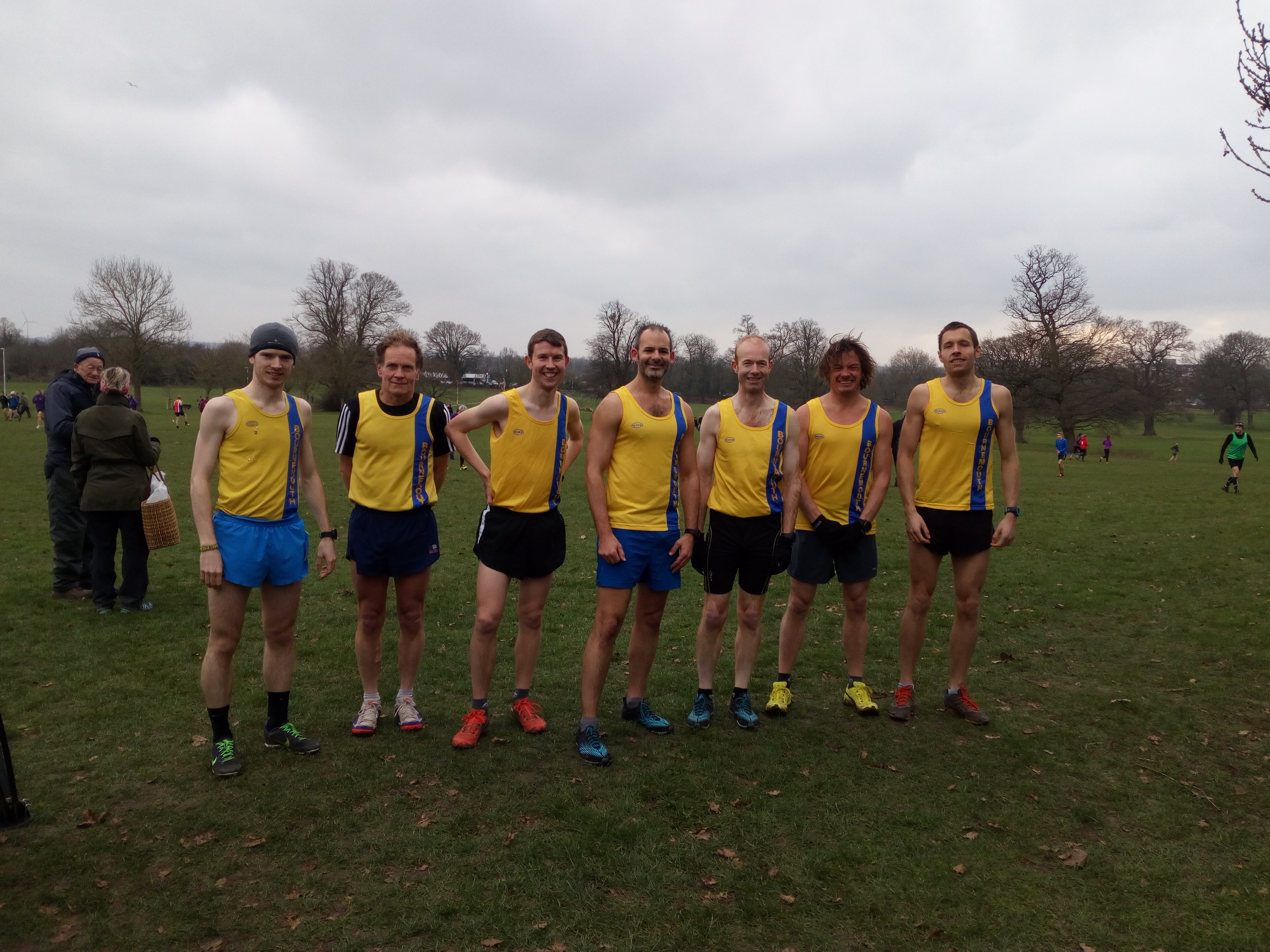 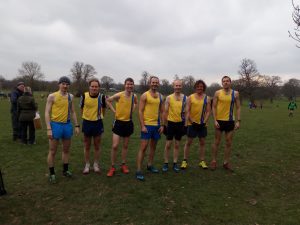 What a weekend of athletic triumph! England‘s cricketers trounced the Australians in the first ODI, and then the Cherries floored Arsenal with a 2-1 win. But before all that, and most importantly, BAC‘s senior men romped to a clear second place in Division 1 at the penultimate fixture of this season’s Hampshire Cross Country League at Reading on Saturday 13 January. 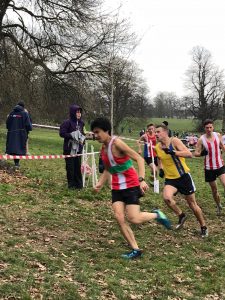 The BAC charge was led by Dave Long who is surely pleased with his last minute decision to compete.  Dave ran an intelligent, tactical race, keeping with the leading group until it dwindled down to just three, Dave and the two leading AFD athletes, well ahead of fourth.  Dave eventually judged that he would be unable to take the AFD athletes so, instead of expending unnecessary effort in an attempt to do so, and being well clear of the next athlete, Dave eased off to finish a comfortable third.  Not far behind, Craig Palmer and Josh  King were battling it out for a top spot, with Craig finishing eighth, and Josh tenth, just 11 seconds later.  Rob McTaggart and Graham Robinson were also running out of their skins, and it paid off, with 21st and 28th finishing positions respectively.  So BAC‘s senior men concluded the day with their best result of the season, just 70 points, to place them second on the day, well ahead of third placed Southampton AC on 111 points.  BAC‘s aggregate position for the season so far is third.  No-one is going to catch Aldershot, Farnham & District, but, having finished 5th, 2nd, 5th and 2nd it is all to go for to achieve 2nd of Division 1 for the season, but it will need a similar performance at the last fixture at Aldershot on Saturday 10 February. 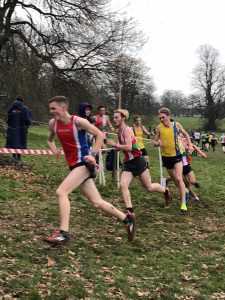 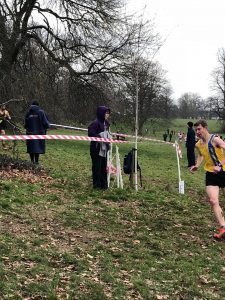 Spare a thought for Stuart Nicholas!  Stuart powered round the course at Reading to finish a magnificent 40th, despite having competed in – and won! – not one, but two, marathons only a week earlier.  On any other day Stuart would have counted in the team, but the fact that, had anything gone wrong, or any of our ‘super five’ team athletes not made it to Reading, Stuart‘s 40th position would still have left us with an excellent result, shows just how important the sixth runner is. 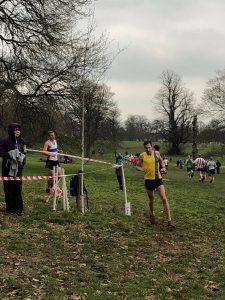 BAC are, of course, going well in the veteran men and veteran women competitions.  Pat Robbins was BAC‘s first veteran man to cross the line, running very strongly to finish 66th overall, to be followed by Jud Kirk, who had ‘called in’ at Reading to compete during a journey from Cambridge back home to Bournemouth.  The team was completed by Steve Cox, and finished in 12th position on the day.  However, based on the best three results, BAC‘s veteran men are 3rd equal aggregate – 3rd equal with Poole AC, so a good result at Aldershot is essential!  Unfortunately, the ‘Reading curse’ struck again for the ladies, with BAC represented by just Nikki Sandell and Kirsty Drewett.  Although, therefore, there is no team result for the day, BAC still lies 6th in the table for the senior women, and an impressive 3rd for the veteran women, but a strong turnout at Aldershot will be needed to maintain these positions. 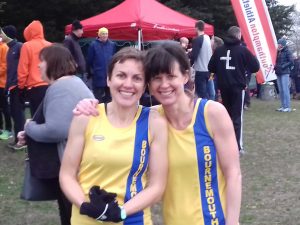 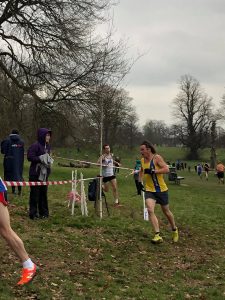 The Hampshire Cross Country League is one of the strongest in the country, so Richard Brawn was well pleased with his finish in the top 100. 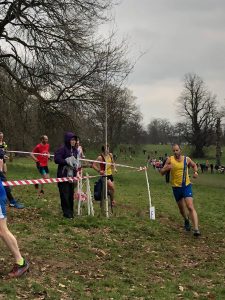 More photos below….photos with thanks to Sarah Swift, Richard Brawn and Steve Cox…………

A number of BAC athletes, based on their best three performances, appear in the top ten individual rankings.  Of the senior men, Dave is third and Craig is fifth.  Of the veteran men, Steve Way is sixth and Nikki is third of the veteran women.

Once again, BAC‘s youngsters were conspicuous by their absence, with representation almost exclusively from the Farwell (Tom – U15 boys and Sam – U13 boys) and Sandell (Anya – U15 girls and Isaac – U11 boys) families, though it was pleasing to see in addition Sam Brewer competing with the U13 boys and Nathan Meares with the U11 boys. 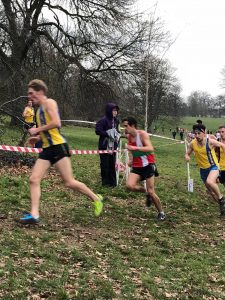 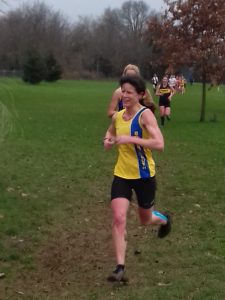 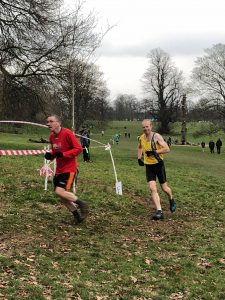 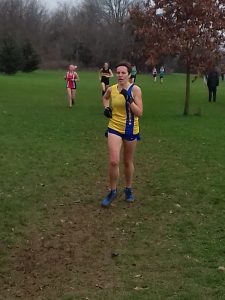 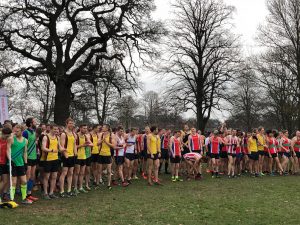 The start of the mens’ race 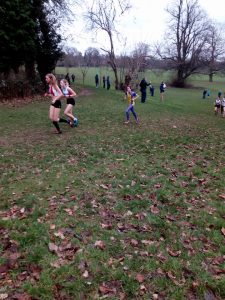 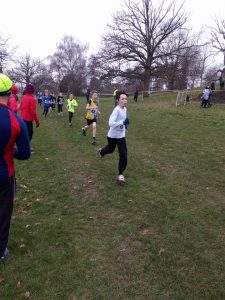