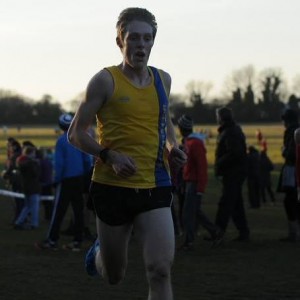 Josh King heads towards 21st position and 1st U20 at Popham

Well done to those five BAC athletes who made sure there was a complete Senior Mens’ team at the third fixture of the Hampshire Cross Country League season at Popham Airfield on Saturday 6 December, but the result means that a challenge for a top place in Division 1 is lost, replaced by a fight to avoid relegation to Division 2. There were, however, two remarkable performances on the day, namely from Josh King and Bridget Dence. Although Josh has competed in previous years in this League in younger age categories, this was the first time he had run in the Senior Mens‘ race, and this was Josh‘s first race at this distance over any surface.  So it is no exaggeration to say that Josh‘s finish in 21st position was quite outstanding, particularly as he was the first in the U20 race.  Equally outstanding was Bridget‘s 2nd place in the U17 Womens’ race, a position Bridget has achieved in each of this season’s fixtures, so, of course, that is her aggregate position for the season so far.  Simon Munro also ran well to finish 40th senior man, especially considering that as the starting gun went, Simon was still cleaning Goodwood‘s mud off his spikes!  Without stronger support, BAC‘s senior mens’ team was 10th out of 10 on the day, and now lie 7th aggregate of 10.  Looking at the points, there is not much difference between BAC‘s points and those of Winchester & District, who are 6th, and Stubbington Green, who are 9th, a relegation position, so we are really going to have to push the boat out at the next fixtures at Reading on 10 January and Bournemouth on 7 February to avoid relegation.  And BAC could win this League……………………………….. 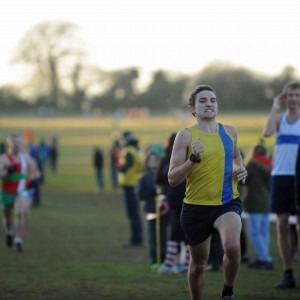 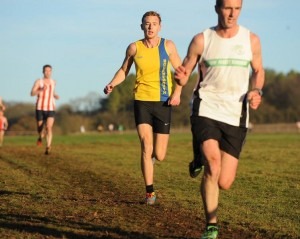 Paul Hill ensures that a full team competes at Popham 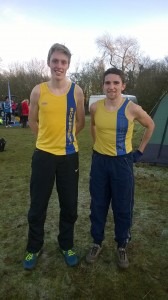 Josh King and Simon Munro relax after their work at Popham

Rumour has it that several BAC athletes took part in the Endurance Coastal Trail Series event on the same day, Saturday 6 December, which takes place along the Dorset Jurassic Coast at distances of 10k, Half Marathon, Marathon and Ultra.  Results now available at www.endurancelife.com – congratulations to Toby Chapman on finishing 4th of 187 in the Marathon, but commiserations to Manol Dimitrov who was forced to retire from the Marathon, whilst well-placed, with an injury.  In the 10k Jacek Cieluszecki accompanied Ela, his wife along the course, finishing 111th and 112th respectively.