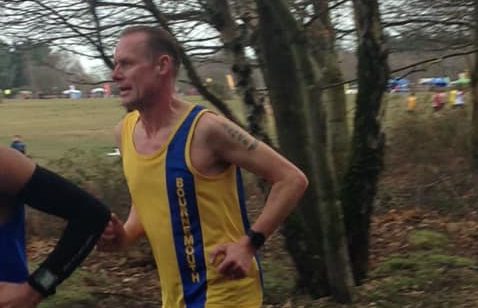 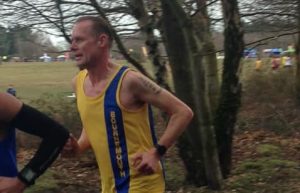 Simon Hearn, who does so much coaching the youngsters and providing a BAC base at fixtures, competing at Dibden

There were some spectacular BAC performances at the final Hampshire Cross Country League fixture of the season at Dibden Inclosure, New Forest, on Saturday 9 February, and earlier at the Southern Cross Country Championships held at Parliament Hill, London on 26 January. Featuring in both were Rob McTaggart, 19th Senior Man (of 194) in the New Forest, and 87th (of…….wait for it……………1154) at Parliament Hill, and Jasper Todd, who was 8th U15B of 47 at the Hampshire League fixture (and is the 10th U15B for the season) and finished an astonishing 34th in a field of 296 in the Southern Championships. Martha Preece also produced quality runs in the U13G races at both fixtures, finishing 90th of 316 at Parliament Hill and 15th of 60 at Dibden.  Holly Collier continues to amaze, finishing 9th Senior Woman at Dibden (3rd U20W), and, for the season, has achieved the heights of 2nd female overall. 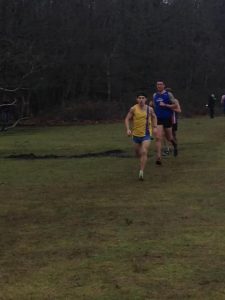 There had been high hopes of a 2nd or 3rd Senior Men team final position as the final fixture of the Hampshire Cross Country League at Dibden Inclosure on 9 February approached, but, the day before, it looked as if BAC would have neither a Senior or Veteran Men team at all, except by relying on an ageing Ian Graham to run as the last scorer for both teams.  Fortunately, Sanjai Sharma came to the rescue, with the result that there was a reasonable outcome, if not what had been hoped for nor what BAC is capable of producing.  Nevertheless, many thanks to those who turned up and ran their socks off so that, at the end, the BAC Senior Men comfortably retain their Division 1 status, which is the main aim throughout the season.  Rob McTaggart led the team home, and, with Richard Brawn, Stuart Glenister, Sanjai Sharma and Simon Hearn all finishing within the top 100, Division 1 status was secure.  Ian Graham, having thought, the previous day, that it was inevitable that he would have to run, ran anyway in case anyone dropped out.  Stuart, Sanjai and Simon completed the Veteran Mens‘ team, ensuring a position in the season’s results, which otherwise would not have occurred as BAC had no Veteran Mens‘ team at an earlier fixture.  On the day, BAC‘s Senior Men were 7th of 9 teams, and, on aggregate for the season, 6th of 9 teams, which has to be considered satisfactory – however, a glance at the positions for each of the five fixtures (3,2,8,6,7) gives a clue as to what might have been.  On the day, BAC‘s Veteran Men were 9th of 19 teams, 11th of 19 for the season.  The fact that there were more BAC ladies than men competing at Dibden is an indication of the fantastic progress of BAC‘s ladies over the last few years.  Holly Collier was amazing as ever, with strong runs from Nikki Sandell and Julia Austin securing an excellent team result of 5th of 20 teams on the day, and BAC‘s Veteran Ladies of Nikki, Julia and Kirsty Drewett finishing as the 6th team of 16 on the day.  BAC‘s teams had plenty of support with Louise Price, Mandy Adams, Annette Lewis and Jayne Wade also completing the course.  Annette is a very welcome addition to the BAC squad – although Annette couldn’t score for BAC this time as she has competed this season for Poole Runners she will certainly count next season!  So, at the end of the season, BAC‘s Senior Ladies were 7th aggregate of 18 teams, the Veteran Ladies an amazing 4th of 13 teams, and there were individual aggregate placings for Holly Collier (2nd overall female – by a quirk of the resulting Holly was 3rd U20W, with Poole Runner‘s Serena O’Connor 2nd; Serena was 3rd overall!) and Nikki Sandell who was 9th Veteran Lady.  Well done BAC ladies!!  A feature of Hampshire Cross Country League races this year has been the welcome increase in the number of BAC youngsters taking part (a tribute to the hard work of Simon Hearn and Tom Cochrane).  For instance, another very notable individual placing was Jasper Todd, who finished the season as 10th aggregate U15B.  At Dibden Jasper ran well, as always, to finish 8th in a field of 47.  There has been an U13B team at each and every one of the 5 fixtures this season, which must be a first for many, many years, and, in this respect, BAC is one of only six clubs who can claim this.  Congratulations to Louie Todd, Sam Brewer and Isaac Sandell who made up the BAC team at Dibden.  Clubs which have produced teams at just four fixtures still count in the final results, and BAC‘s U13B team was 9th for the season.  BAC was also represented in the girls’ races – Anya Sandell in the U15G and Martha Preece in the U13G. Many thanks to everyone who supported the various BAC teams in the Hampshire Cross Country League season, and especial thanks to Simon Hearn, who has taken the club tent and banner to all the fixtures, which does so much to enhance the ‘cross country experience’!  Subject to confirmation, the next season is likely to start at Kings Park on 19 October.  Please see below for full BAC results. 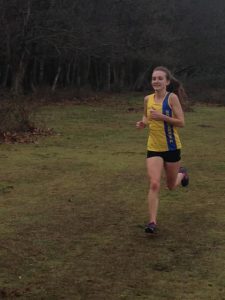 Please see below for more photos from Dibden………….. 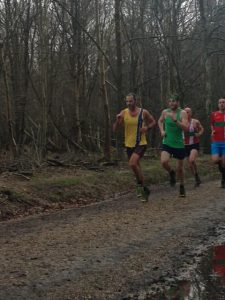 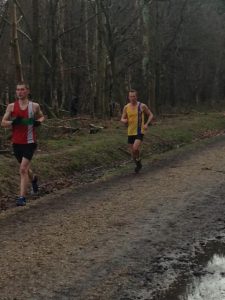 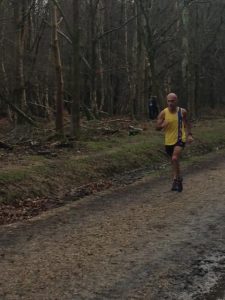 Sanjai Sharma, whose late decision to compete may have saved BAC’s Division 1 status, at Dibden 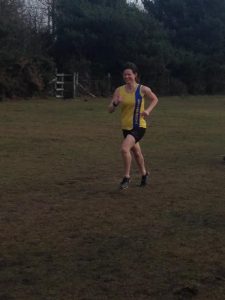 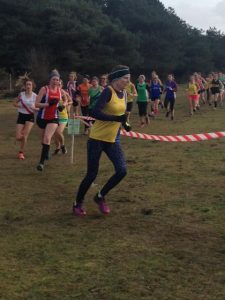 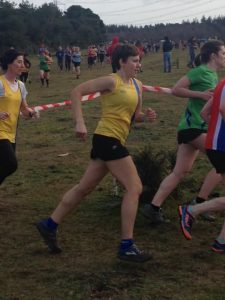 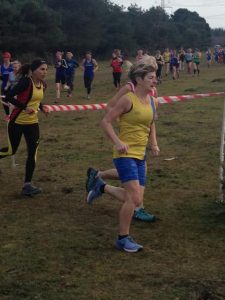 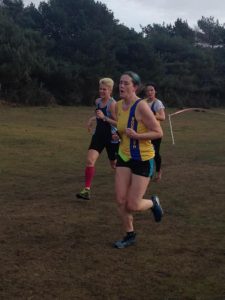 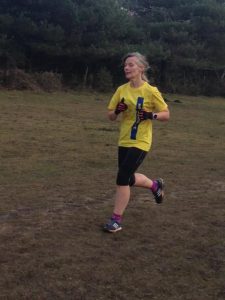