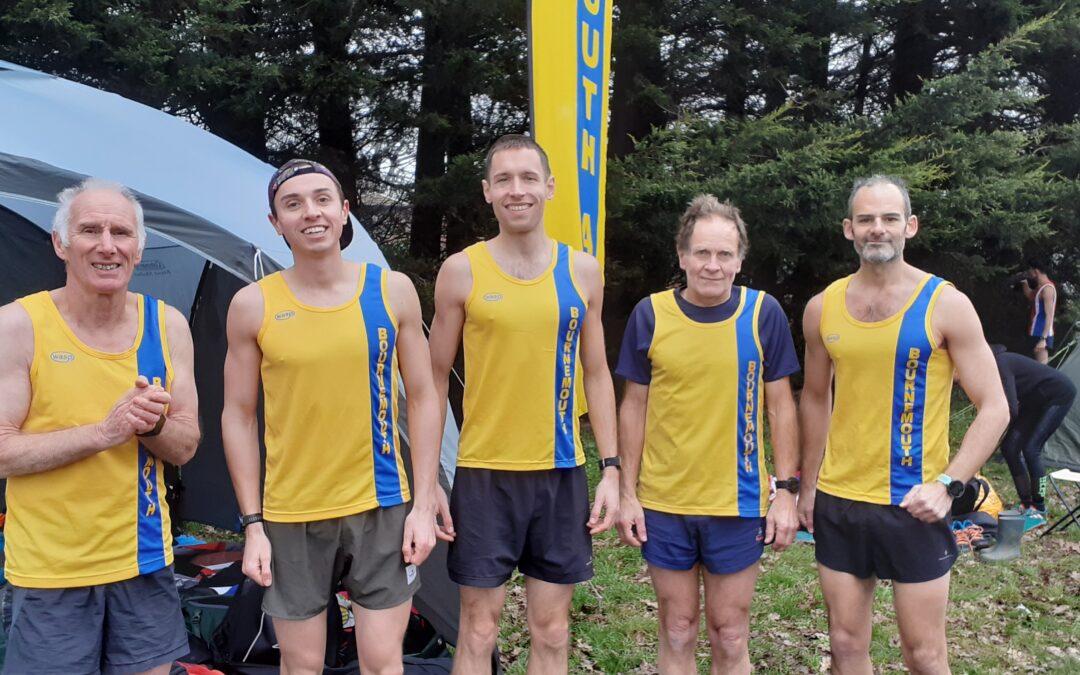 The Hampshire Cross Country Course at Reading is particularly vulnerable to typical wet cross country weather, such as has been the case recently, but, despite this, fifteen BAC athletes made their way to Prospect Park on Saturday 15 January, for the third League fixture of the season, and they were not disappointed! The course comprises of two loops, the first part of which is amongst and between the football pitches in the park, which just become a soggy mess after even limited amounts of rain, and the second part (after a number of switchback hills) takes the competitors round the back of the park, through a wood where the narrow path becomes a sea of mud, with the climax of the course a short, but steep, drop at which the mud extends from side to side with no escape! 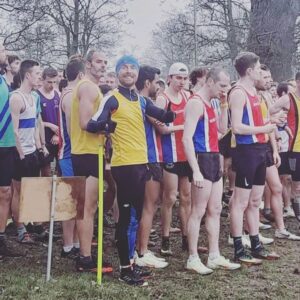 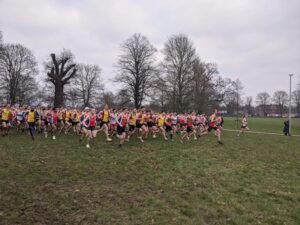 The senior men’s race was fast and ferocious as always

This season BAC‘s senior mens’ place in Division 1 is looking vulnerable, but at Reading the team of Harry Smith (who ran exceptionally well to finish 10th in a field of 230), Rob McTaggart, Stuart Nicholas (who that morning had won the Bournemouth ParkRun), Rich Brawn and Szymon Chojnacki all finished within the top 100, ensuring a 6th position of 10 Division 1 teams, which means that, with similar or better results at the remaining two fixtures, BAC should be able to remain in Division 1. 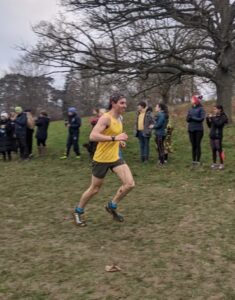 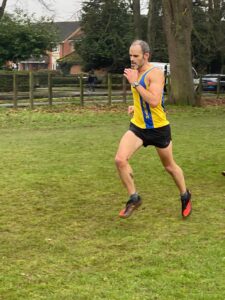 Rich Brawn was fourth scorer for the senior men’s team 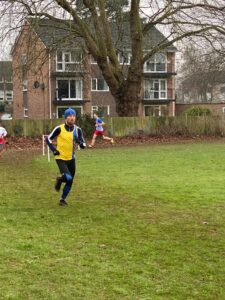 Szymon Chojnacki was fifth scorer for the senior men’s team

Topping Division 2 are Poole AC, who would have been above BAC had they been in Division 1 (which inevitably they will be next season), but it is of some comfort to know that no other Division 2 team would have beaten BAC.  It is, however, the usual story that if we had just had one or two more of our top runners competing we would have been much further up the table.  However, that is not to take away from the achievement of those who did make the journey to Reading.  Just in case, not far behind Szymon, was Matt du Cros, followed by Jud Kirk and (at some distance!) Ian Graham who, with Rich, comprised BAC‘s veteran mens’ team, which was 15th of 20 teams on the day. 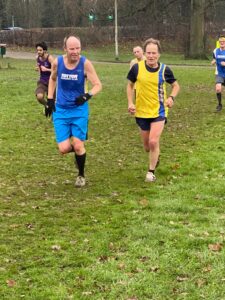 Jud Kirk was in the Bournemouth AC vet men’s team 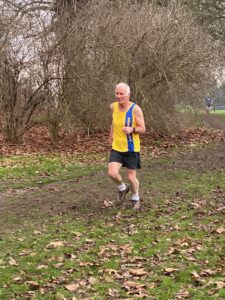 As ever, the ladies fielded a team, consisting of Elissa Clark, Kirsty Drewett and Jayne Wade (who came along with some very welcome chocolate cakes!).  It is worth bearing in mind that many, many of the competing clubs do not manage to field a complete ladies’ team, so the ladies’ position of 15th of the complete teams does not reflect their achievement.  It is important to ensure at the least that a complete team competes at every fixture, so that, at the end of the season, BAC is one of the minority of clubs who appear in the ladies’ table.

Turning to the youngsters, perhaps the most outstanding performance was from Harry Butcher, who was an amazing 4th (out of 40) in the U13 Boys’ race, and in the U15 Boys’ race, Oscar Newbery was third of 34.  Oscar is a 2nd claim member of BAC but, as his 1st claim club, New Forest Runners, also compete Oscar was wearing the NFR‘s vest.  However, the BAC flag was flown in this race by Nathan Mearns and BAC was represented in both the U17 races – Massimo Lawson for the men and Martha Preece for the ladies. 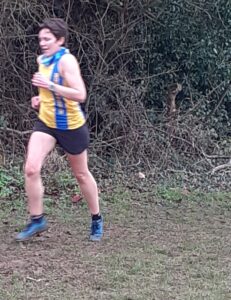 So well done to everyone who ensured that BAC‘s presence was felt at Reading and thanks to to Simon Hearn and Simon Saunders who provided the support, including the BAC tent, which makes such a difference to the athletes and is much appreciated.  Both Simons stayed long after their own athletes had competed to complete the results envelope for the senior men’s’ race, which went a long way to ensuring those results didn’t go astray.

The full results of the Wessex Cross Country League, after the final fixture at HMS Heron on 2 January, and the Dorset County Cross Country Championship are now available at www.teamdorsetathleticsnetwork.wordpress.com/competitions/. Best of luck in interpreting them!