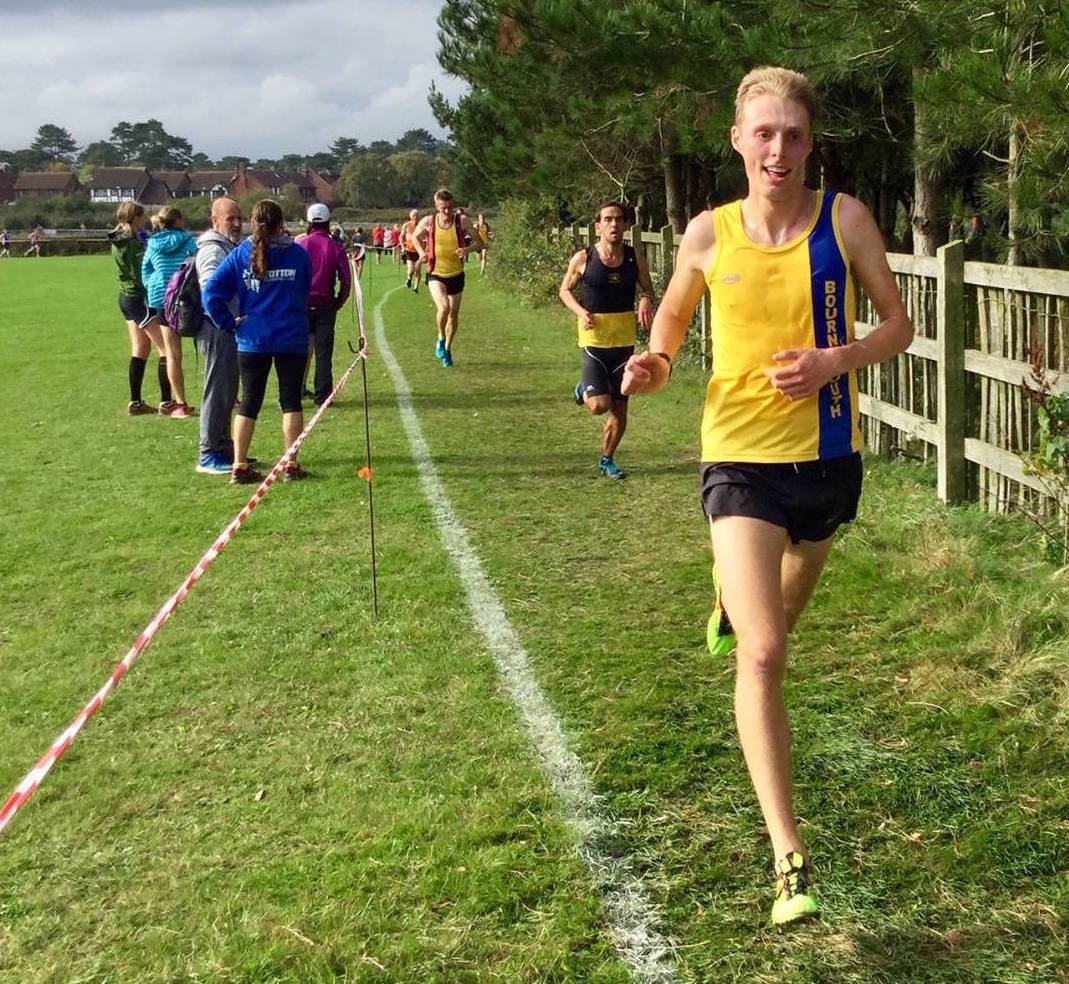 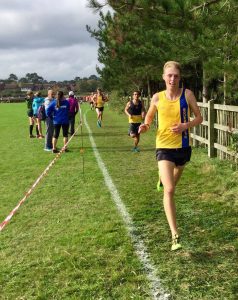 Aldon Hill in Yeovil was the venue for the South West Club & County Cross Country Championships of 2018 held on Sunday 7th January. Bournemouth AC had two members representing both club and county in the shape of Josh King and Tom Paskins.

Both Josh and Tom were in the Senior Men’s category with the race kicking off at midday. The course was 3 laps and 8.5k in length. There were a couple of reputable climbs and some steep descents on each lap, along with some challenging section under foot. These all had to be negotiated 3 times over, of course. The tough profile, combined with the freezing cold weather made it feel like a proper cross country race at least.

Josh enjoys a challenging course though and had high hopes for a good performance. Unfortunately it didn’t quite come together for him on the day and he was a little disappointed with the end result.

That said though, it was still a terrific run by most peoples’ standards, landing him a 15th place finish overall in a time of 32:04. In such a high standard field, that’s still a very good achievement, although it’s not where he would have wanted to be. 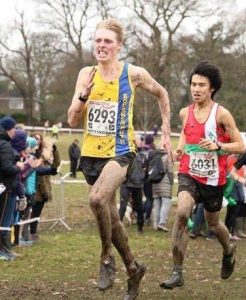 The race was won by Phil Norman off Woodford Green in a time of 29:53, who was representing Devon. Also running for Devon, Aaron Richmond of Bideford was 2nd in a time of 30:36.

The 1st Dorset runner over the line was Tom Austin of Poole AC, who took 3rd place in a time of 30:40. Josh was actually the 2nd Dorset runner to finish out of the 18 representitives.

Tom Paskins started off at a steady pace as he had a bit of a pain in the left knee and didn’t want to destroy himself so early on in the season. The pain eventually subsided after a couple of laps and he was able to pick up the pace.

Crossing the line in a time of 39:46, Tom finished in 109th place overall and was the 13th Dorset runner to complete the race. Other than the knee complaint, his legs felt pretty good and he was pleased not to get lapped by the super-fast guys at the front of the field. It was a good experience for Tom and despite the cold weather, he was glad he got out there and did it. 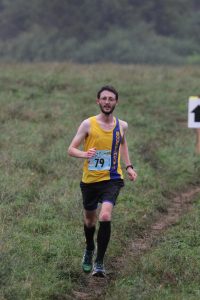 In the county competition for the Senior Men, Dorset finished 4th out of the 6 counties involved. Devon finished 1st and as well as having the top 2 finishers, they had 5 athletes in the top 20. Avon were 2nd, with Somerset in 3rd. Cornwall were 5th and Wiltshire 6th.

There was a total of 134 participants in the Senior Men’s race. The club competition was won by Bristol & West AC who had 5 runners in the top 30. Wells City Harriers were 2nd, with Team Bath in 3rd, Cornwall AC in 4th, Taunton in 5th, Westbury Harriers in 6th and Poole Runners in 7th.

You had to have 5 club members to make up a team, so Bournemouth AC didn’t feature in the team competition. Originally a strong team of 5 had been assembled but a combination of illnesses and changes of plans meant that it didn’t happen in the end.

Firstly team captain Rich Nelson, who was doing all the organising, was taken ill and was unable to make it. This debilitating virus that has been going round also got the better of László Tóth, who was down to race but was forced to pull out as a result.

Rob McTaggart was also initially on the list but then the Telford 10k that he’d also entered was rescheduled to the same day, having been postponed due to snow. This was a big target race for Tag and he was intending on doing it but only made is as far as Oxford before he was sick and had to abandon the idea.

Craig Palmer but he opted to go for the Bedfordshire and Buckinghamshire County Championships instead, where his first claim club of Ampthill & Flitwick Flyers is located. Craig came 6th overall in the race, which was held at Biggleswade on the Saturday, completing the 11k course in a time of 48:24.

In the Senior Women’s race, on one Bournemouth AC lady, Harriet Slade, was representing club and county. Unfortunately she’d picked up a calf injury during the week though, most likely as a result of overuse.

After resting it for a bit prior to the race day, she was hoping it would be okay. However, as soon as she hit the hills she could feel the calf muscle pulling and the pain she’d been experiencing previously had returned. It was a sharp sort of pain, similar to that of shin splints, and in the end it got the better of her, forcing her to pull out at the end of the first lap.

She was reluctant to do so but had to think of the bigger picture. It wasn’t worth the risk of making the injury worse and potentially putting herself on the sidelines for a lot longer. 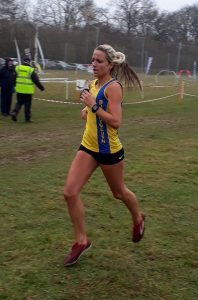 The race was won by Ruth Barnes of Avon Valley Runners. Ruth was also representing Wiltshire and she clocked a time of 20:35 on a course that was around 5.3k in length.

Charlie Arnell of Torbay AC and Devon was 2nd in 21:52, with Natalie Griffiths of Bristol and West AC and Avon in 3rd in a time of 22:02. Emma Stepto of Cornwall AC and Cornwall was 4th.

Avon topped the standings in the county competition for the Senior Women, with 4 ladies in the top 10. Devon were 2nd, with Wiltshire in 3rd, Cornwall in 4th and Dorset in 5th.

In terms of the club competition for the Senior Women, Bristol & West AC also won this as well, with 4 athletes in the top 15. Avon Valley Harriers were 2nd, with Chippenham Harriers in 3rd, Taunton AC in 4th, Westbury Harriers in 5th and Cornwall AC in 6th.

Josh wasn’t at his absolute best on the day but still managed a very good 15th place finish registering a time of 32:04 on an 8.5k course