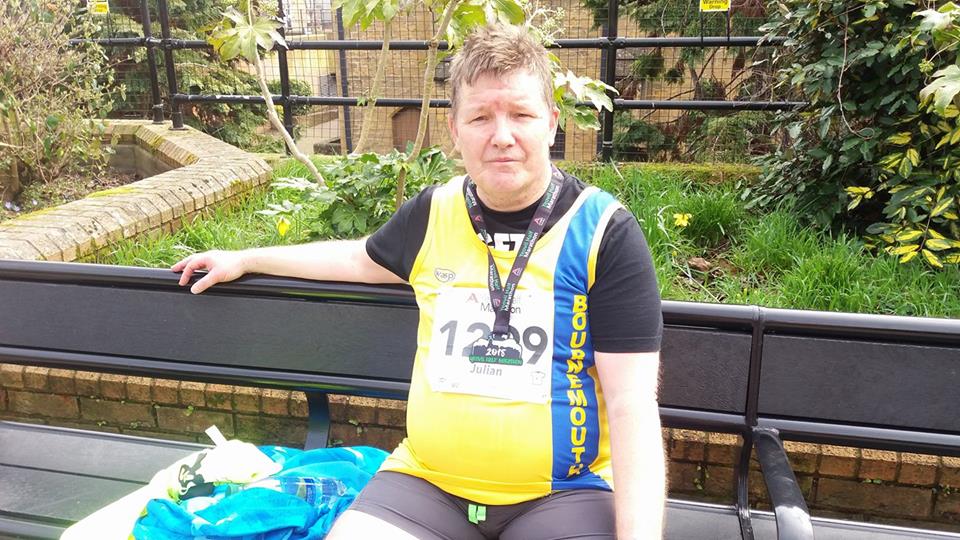 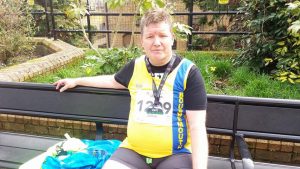 Now residing in Somerset, Julian Oxborough was competing in the Yeovil Half Marathon for the second year running

It was another big step forward for Julian Oxborough as he took on and completed the Yeovil Half Marathon on Sunday 25th March. Julian now resides in Somerset, so for him it was a fairly local race but, although he no longer lives in Bournemouth, he still has the club very much in his heart and is proud to represent BAC, just as he did in his younger and much faster running days.

Julian is currently at a stage where he’s just building up his fitness again after many years of no running at all. His main focus at the moment is the Liverpool Rock ‘n’ Roll Marathon on 20 May so he was doing the Yeovil Half Marathon as a part of his training schedule for that.

Having completed the Bournemouth 10 race last month in 2 hours and 5 minutes, Julian had a good platform to work from him and was hoping he would see some further improvement after the training runs he’s been putting in.

The Yeovil Half Marathon is now in its 8th year and it has been growing in popularity each year. This year the race organisers actually reopened the entry after the cut-off date to allow more runners to sign up following the cancellation of many events the previous weekend due to snow. That meant over 1,500 people were set to compete. 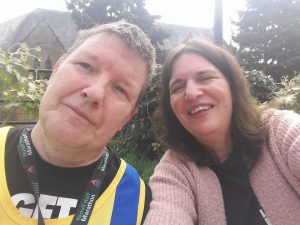 The course has changed a little over previous years but the support for the runners whilst out there was as exemplary as ever. The first mile has a downhill stretch and incline before the route flattens out until around the 9-mile mark. The next couple of miles contained some tough hills before leading to the long home straight for the last two miles.

It was pretty tough going for Julian to start off with as he was feeling sick and he was actually sick at miles 4 and 6. He did consider pulling out but keeping his long-term goal of the Liverpool Rock ‘n’ Roll Marathon in mind, he managed to persevere as he knew he needs to get these long runs in.

The tremendous support gave him a massive boost though and when he got to around the 8 mile point he started to feel a little fresher. He managed to dig in and showed great character and fighting spirit to make it through the remaining 5 miles.

After clocking a total of 13.27 miles, Julian finally crossed the line in a time of 3 hours 2 minutes and 45 seconds. This was a course best for him, beating his time of last year by a massive 14 minutes. He came in 1,531st position overall and took 121st place in the male 50-59 category. 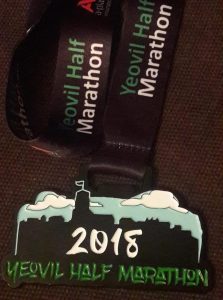 Ultimately, Julian was pleased with how it went, especially given that it was a tough, hilly course, including an elevation high of 854ft. It was a very good training run for him and will serve him well as he continues to up the ante with his marathon training. He’s certainly starting to reap the benefits of the longer runs that he’s been doing and his times are steadily improving.

At the end of the race Julian received a great medal, which can be used as either a fridge magnet or a bottle opener, and a t-shirt. He thoroughly enjoyed the race and would definitely recommend it to others. 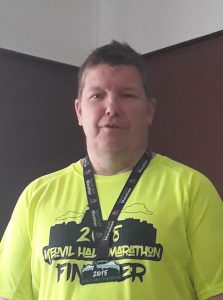 Finishing the race in 3 hours 2 minutes and 45 seconds, Julian bettered his time in the previous year by 14 minutes