Trev’s form looks ace in Race on the Chase 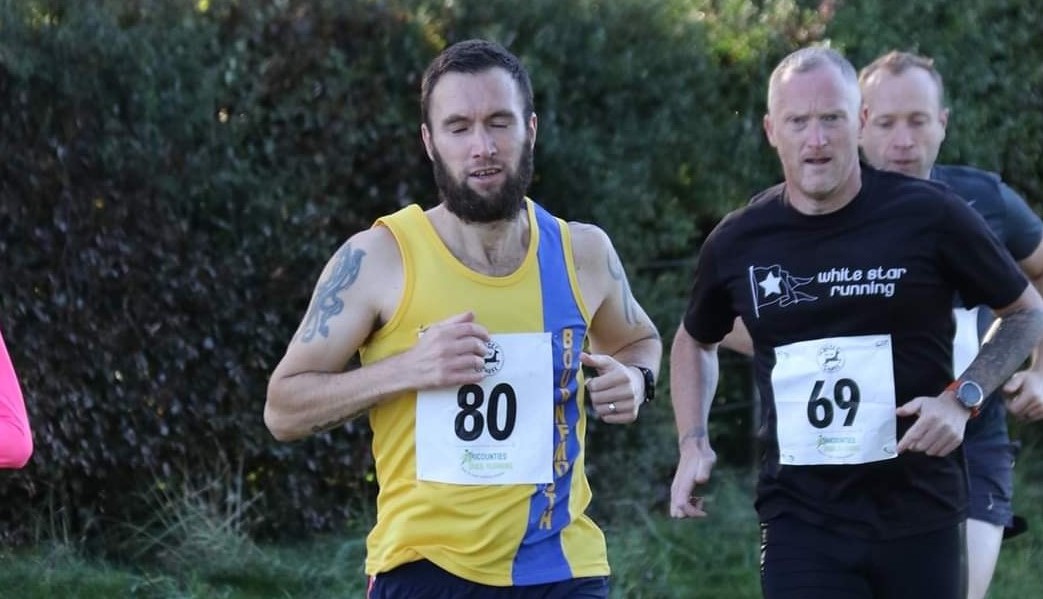 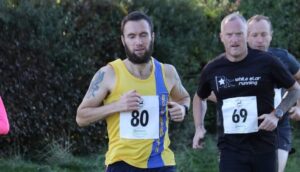 On a tough off-road route, Trev Elkins was vying for top honours in the Race to the Chase 10k

A good solid sub-30 run at the Romsey 5 had given Trev Elkins a bit of redemption after the disappointment of his Southampton Half Marathon when he was forced to abandon.

With his body overheating and feeling weak, he was struggling to maintain a pace that should have felt quite comfortable for him. It was a tough break but he realised it wasn’t to be his day and saved his energy for the next one.

Since then he’d put that behind him though and was showing some signs of good form going into the Race on the Chase 10k.

The course wasn’t easy though, following farm tracks and bridle ways with very little even-footing besides when crossing a road from one farm to another.

It was a fairly undulating route all the way through as well, albeit without any real killer hills, The course included plenty of mud and puddles as well and it was quite slippery in places. 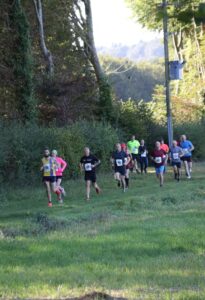 Trev immediately took command at the front of the race

Trev ran well though and was managing to keep his pace between between 6:25 and 7 minutes per mile in spite of the inclines. That put him into the lead and he was beginning to build up a comfortable margin over his nearest rival. 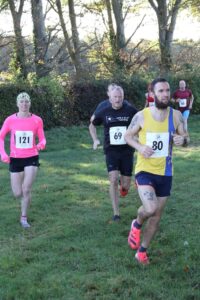 Setting his stall out from the outset, Trev was looking like the man to beat in the early stages

Just after the fourth mile he came to a big climb and he had a feeling there is no one immediately behind him so he took it a bit slower to save his legs as they were already knackered.

When he got to the top of the hill there was a nice downhill stretch to follow. He had a good view of what was coming but he could also see there were two competitors not too far behind him.

He took a risk on the slippery chalk downhill and went for it to try and make up some time as knew there was another big hill near the finish where he could lose his lead if he got in trouble. 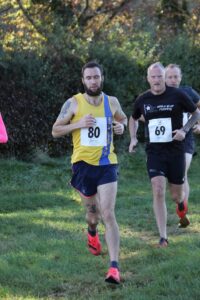 With the ground often uneven and various undulations on route, it was a tricky race to negotiate

Taking a few tumbles and rolling his ankles a few times on the downhills, it wasn’t a smooth ride for Trev but he loved pushing himself to the limit.

On some of the farmland hills you couldn’t even see where you were landing at times as there was no obvious path to follow and the crops were raised above shin height. 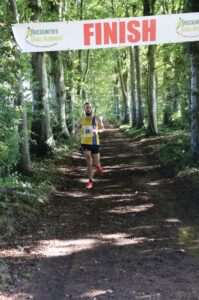 Trev heads down the finishing straight to pick up the win

Registering a time of 44:33, Trev was first over the line, sealing the win an advantage of over a minute verses his nearest rival.

It was a great confidence booster for Trev to get the win and he soon turned his attentions to his next race which is the Great South Run. At least in that one he knows he won’t have as many undulations to tackle, or any uneven ground to worry about.

The weekend after Race on the Chase he clocked a very quick time of 17:39 at Poole parkrun so Trev’s form is looking very good in the lead up to the GSR. That will give him reason for optimism when he heads over to Southsea for the popular 10 mile road race. 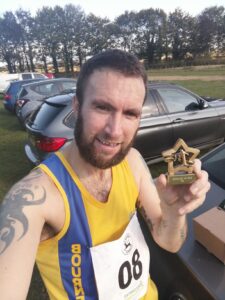