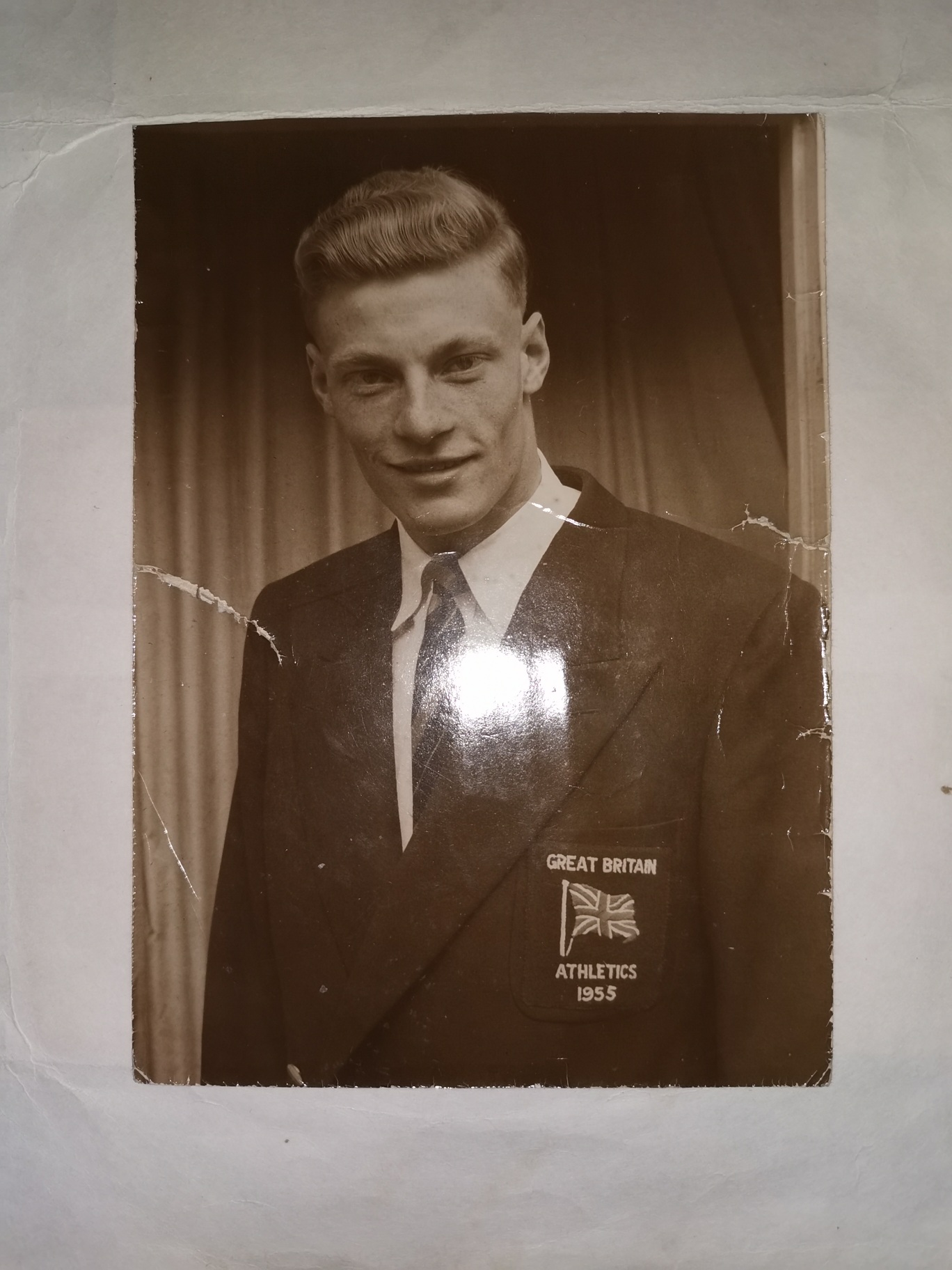 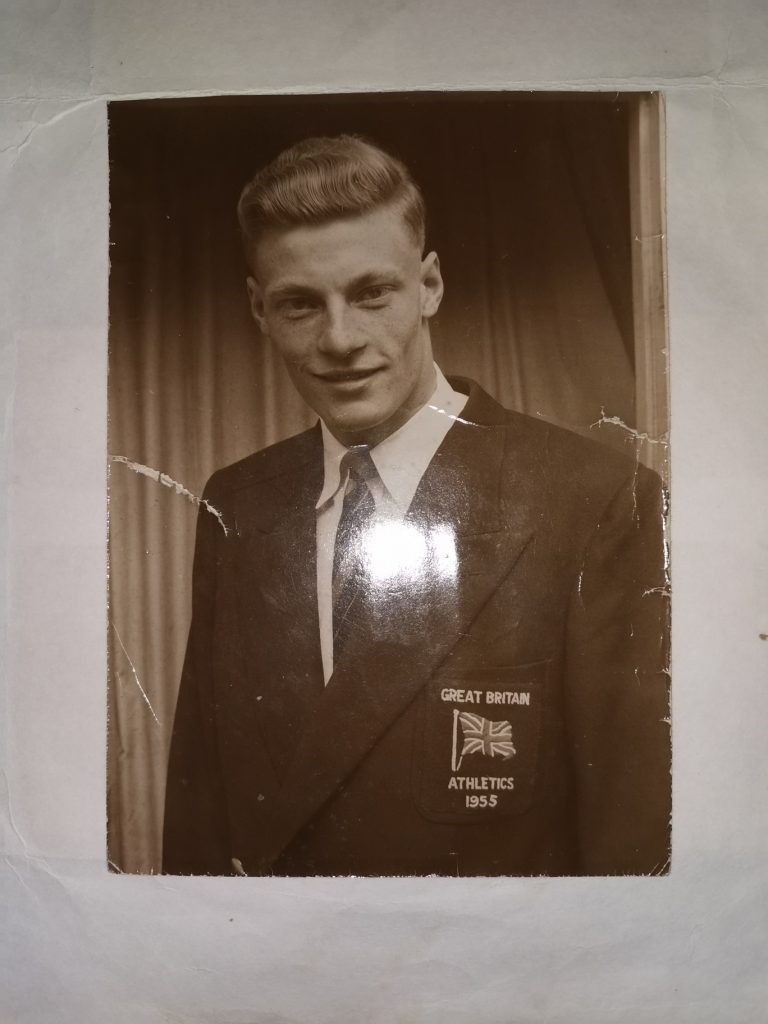 TRIBUTE TO MIKE WHEELER RIP
14th February 1935 to 15th January 2020
OLYMPIAN – BRONZE MEDAL WINNER – 4 x 400 m relay
Bournemouth Athletic Club Member and still our Senior Men’s 400m Record Holder.
Mike Wheeler won an Olympic Bronze Medal in the Olympic Games in Melbourne 1956. He was a member the 4 x 400m relay team representing Great Britain .Some of Mike’s preparation for “ the Games “ was done on our famous zig zags down the cliffs by the beach. Still used today by many club athletes looking for that extra physical challenge. At that time the zig zag was the only available winter surface and facility available in grass track days.
Mike’s performance was a stand out achievement by a member of Bournemouth Athletic Club. To this day his best Individual 400m time of 47.7 seconds, set in 1955/56, is still our club record. Our longest lasting club record enduring for 65 years, a significant portion of BAC’s 114 year existence.
He was an outstanding all round athlete who was also a fine Rugby player. Mike still competed some time later than 1956 but his domestic victory in the AAAs Championship in that year included the British Championship in 47.7sec. This was achieved on a cinder track at the White City and over the slightly longer distance of 440 yards.
He was a graceful sprinter whose athletic appearance was in the mould of the stars of “Chariots of Fire”. Fittingly Mike had also become the English Native Record Holder over his favourite distance at that time.
In 1970 he came back to competition at Kings Park as a master and raced the club’s current All English Schools Champion, Jimmy Lynch. This was an exceptional race with the then Junior National Champion racing the veteran Olympian. Mike just pipped Jim with his lean by a whisker as they crossed the finishing line in around 50 seconds. The battle down the straight has long stayed in my memory. Our Olympic Medallist was an outstanding sportsman in all respects. A true gentleman.
As Chief Coach, he organised the Thursday night training at the Athletic Centre in the sixties and into the beginning of the 70s. He led the Youth Service sponsored programme which engaged all the Bournemouth Athletic Club athletes and Youth Club members from across the town. He organised the Bournemouth Youth Service Town Championships each year.
Mike was a highly regarded P.E. teacher at Castle Court Private School before taking a more senior position. In this role he was very involved with the Wessex Schools Championships when it was held at Kings Park. This continues to this day as a high quality event in the private schools calendar.
His continued enthusiasm for all athletes and sportsman, especially those he had taught and coached, is a memorable feature in so many of our memories of this great athlete and fine man. Our very own Olympic Medallist Mike Wheeler. RIP.
Tribute written by – Paul Rees
Former BAC Athlete and an active coach from 1965 To the present day
President of Bournemouth Athletic Club in 1990/91.