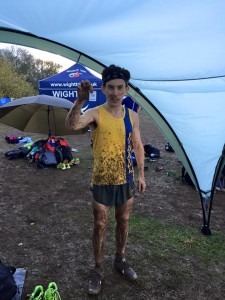 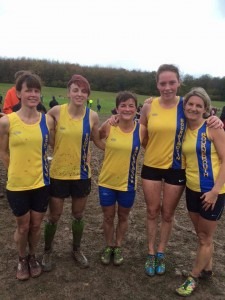 It was another successful day for BAC‘s ladies at the second fixture of the Hampshire Cross Country League at Popham Airfield, Basingstoke, on Saturday 7 November.  BAC‘s Senior Ladies’ team, consisting of Nikki Sandell, 28th in 26.09, Heidi Tregenza, 36th in 26.37 and Caroline Rowley, 81st in 29.55, finished the day as the 6th team of 17 complete teams, and, on aggregate after two fixtures, are 5th of 15 complete teams.  We also welcomed Elissa Clark, who found her first cross country tough but enjoyable, finishing 120th (39th U20) in 34.58.  But it is in the Veteran Ladies’ competition that things are getting exciting! Nikki was 4th veteran, Caroline 23rd veteran, and completing the veteran’s team was Louise Price, 25th veteran (87th overall in 30.30).  On the day, BAC Lady Veterans were the 3rd team, but, on aggregate after two fixtures, lie 2nd.  Winchester & District lead by a considerable margin (but who can say they can’t be caught?), but 2nd (BAC), 3rd (Stubbington Green Runners) and 4th (Reading Roadrunners) are very close, so a 2nd place at the end of the season is there for the taking, with a chance of winning!  The only other female BAC competitor at Popham was Anya Sandell, 68th in the U13G race in 15.52.   BAC‘s Senior Mens’ team’s chances of remaining in Division 1 of the Hampshire Cross Country League took a further dip at Popham.  Rob McTaggart had an excellent run, finishing an impressive 16th in 36.04, but, unfortunately, there were none of the further top 50 BAC finishers which we need to retain our Division 1 status.  BAC did, however, field a complete Senior Mens team (and a Veteran Mens team), and Ross Smith also ran through the mud extremely well to finish 85th in 41.00.  The BAC Mens’ team was completed by Nick Kenchington, 150th in 44.21, Simon Hearn, 161st 45.10 and Steve Cox 170th 46.07.  Trailing in at 217th, of a total of 150, in 50.57, was Ian Graham, fortunately not requiring to be counted for either the Senior or Veteran Mens’ team!  So the Mens’ team remains firmly rooted at the bottom of Division 1, 10th out of 10, with an aggregate of 1197 points, against the 9th team’s total of 803 points.  At least it can be said that that Poole AC‘s tally of points, at 527, exceeds half of ours!  Poole AC are 6th in Division 1.  BAC would be 4th in Division 2 with this points score.  BAC‘s Veteran Men are in Division 2, and lie 7th of 9 complete teams.  We have rarely completed a season fielding a Veteran Mens’ team at every fixture, so let’s keep it up!  Nick, Simon and Steve made up the veteran team at Popham.  In the younger age groups, BAC was represented in the U17M race by ever-present Brandon Meredith, 22nd in 20.30.  If you can find Brandon‘s video of Popham on YouTube it is well worth viewing!  Unfortunately, Sebastian Hearn was unable to join Brandon following his ankle injury in the Wessex League.  In the U13B race, Tom Farwell, also ever-present, was 37th in 12.32. 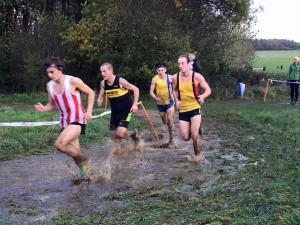 Rob McTaggart fights through the mud towards a 16th place finish 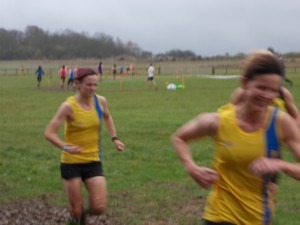 Nikki Sandell and Heidi Tregenza running too fast for the camera 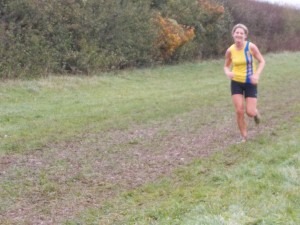 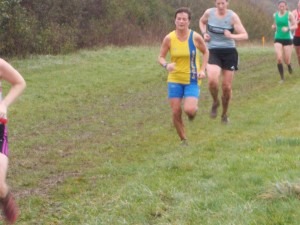 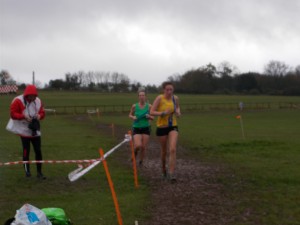 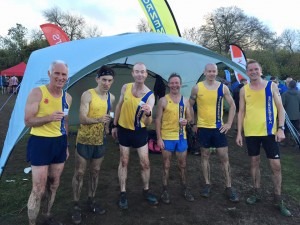 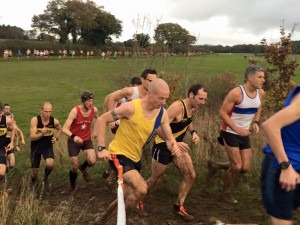 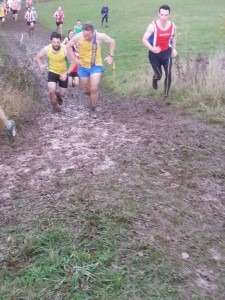 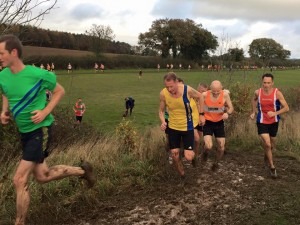 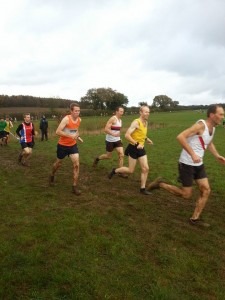 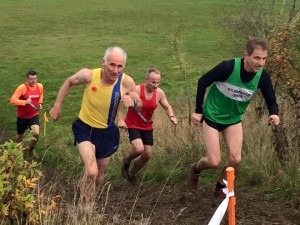 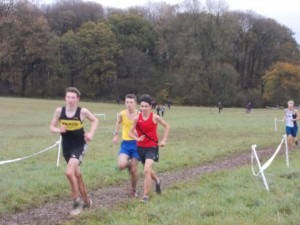 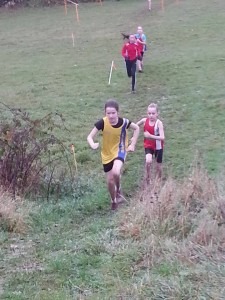 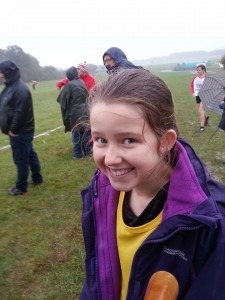 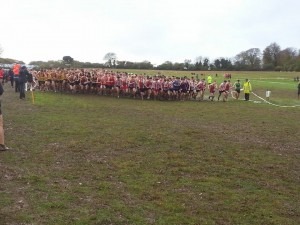 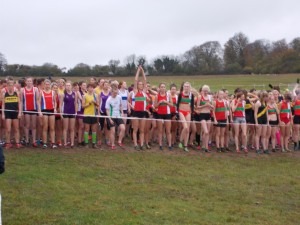 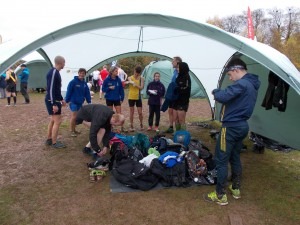 BAC prepare for battle at Popham

Rob McTaggart fights through the mud towards a 16th place finish