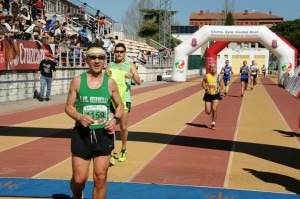 The following Saturday, 22 March, Steve Way continued his build-up to his 100k international in May by winning the New Forest 50k (off-road) in 3.20.47, over 32 minutes before the second athlete to finish.  Steve then went on a 9 mile warm-down!  The fact that 74 completed this race shows that ultra running can’t be considered a minority sport.  Earlier that day Jacek Cieluszecki and Rob McTaggart won the Poole and Bournemouth Parkruns respectively, with Billy McGreevy 3rd at Bournemouth in which Jud Kirk, Simon Hunt, Paula Kirk and Steve Cox also ran.  511 finished at Poole and 191 at Bournemouth.